Recruit army troops to battle against the orc army in this strategic war game. Wind battles to upgrade your troops and unlock new classes to add in your army. ArmySeed is featured for free on mobile phones.

ArmySeed is a strategic war game which was released in 2021. You will need to recruit an army from the humans all over the world and then train them to battle against the opposing forces. More army troops will come to the battlefield as you start the war and you will be able to upgrade your troops with time. 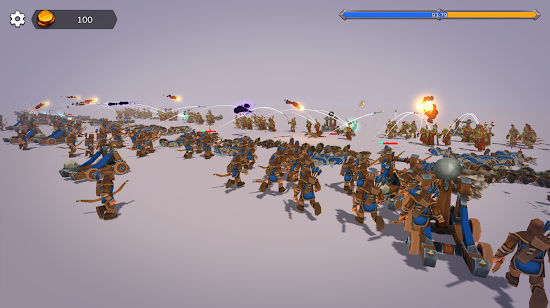 You have to make a complete strategy to defeat the army of orcs. Allocate different positions to your troops in order to attack the enemies. You can add more troops into your army after winning the battles and will be able to unlock new classes. ArmySeed is an easy to play 3D war game and you can download it for free from the Apple app store and Google play store.