Set in a gothic Setting, the game takes place 500 feet below the surface of earth and is a mixture of real time role play and turn based combat.

The game starts with you learning that you have inherited a manor from an ancestor who tried to excavate the dungeons and catacombs present beneath the manor and ended up releasing some evil creatures into the world. Your objective as the owner of the property is to complete several quests and missions in an attempt to relieve the world of these beastly creatures. 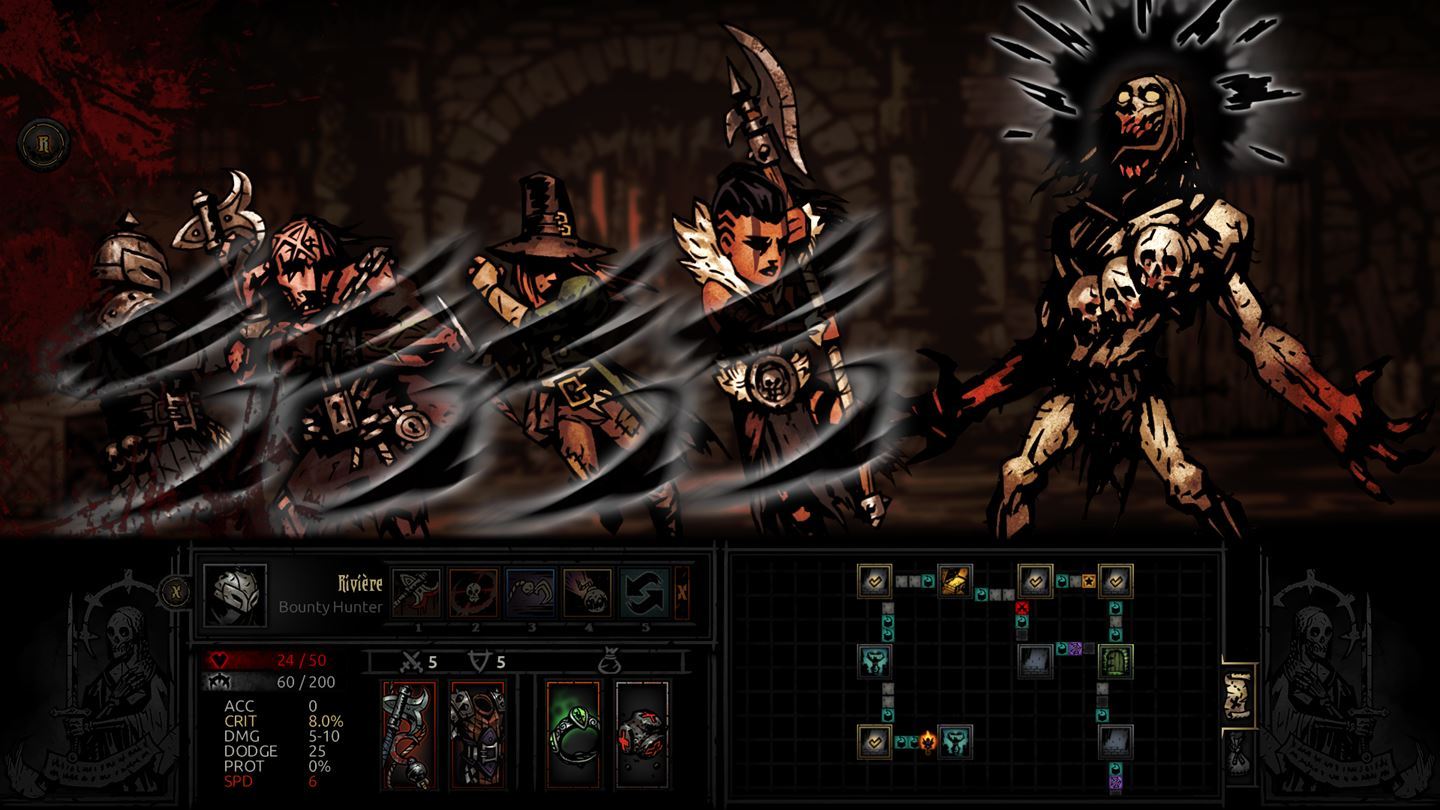 You have of to recruit adventurers and heroes to aid you in exploring these dungeons and catacombs and defeating the evil creatures residing in them. Before you enter a dungeon, you can use various facilities to improve or add benefits to your character as well as your roster. From fifteen different character classes, you can add up to 30 heroes on your roster. You can then choose any four of those heroes from your roster to go explore the dungeon with you. As you complete exploring a dungeon, it unlocks more dungeons with higher difficulty level. Combat with these evil creatures occurs in a turn-based manner with each member of the party contributing in an order-based manner. You can use magic and special skills to combat the creatures. You even have to manage the positions of the heroes in which they enter a dungeon, as in the time of combat, the heroes in the front are going to have their turn to fight first.

Darkest Dungeons implements a unique Affliction System in the game, which measures a hero’s stress level. Just like in real life, stress level of a hero increases if he is in a, well… stressful environment. Seeing the death of a fellow hero or adventuring without light and food, leads to the buildup of stress overtime and if not remedied, will lead to them not able to perform efficiently, and too much stress can even cause a heart attack. You can relieve your stress by doing things like repenting at a church among others.

The game features three modes. A normal mode called Darkest mode along with ‘Radiant’ and ‘Stygian Mode’. The player has to complete the game within 86 in game weeks or the ‘Heart of Darkness” will be awoken and game will be over.

At Gameskeys.net, you’ll find the Darkest Dungeon CD keys at cheapest possible prices, you can also use the discount codes to save more on your purchases, in the above list we have compared prices of Steam CD Keys, PS4 and Xbox live.

We have only included safe digital stores in our list, although these are third party sites, but our staff members test the Darkest Dungeon digital codes on a frequent basis, to make sure that our listed sites are functional, so that you can buy securely.