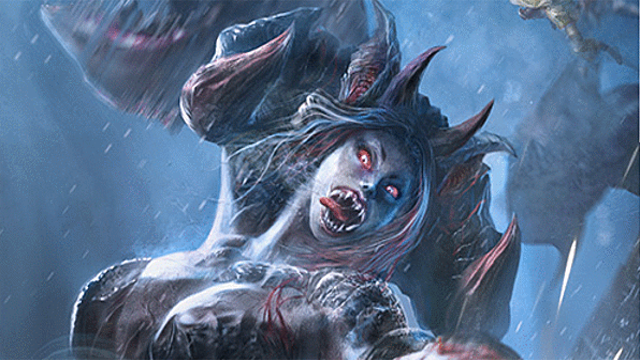 March Sale is here, If you’re looking to get some new games to play, then we have selected this month’s top 15 discounted deals on Steam. Let’s take a detailed look at the game details, prices and discounts.

Are you ready to put your forestry and logging skills to the test? In this simulator game, you navigate an open world, the vehicles, muddy terrain and the trees being in accordance with real-world physics.

Familia follows four protagonists through a journey to retake their homeland. The game’s style is highly influenced by 90s style Japanese role-playing games like Final Fantasy 1-6.

Command your tribe of goblins. Recruit new, unruly, reluctant fighters as they travel and pillage the human’s kingdoms! Time to take your sweet, sweet revenge on the pink oppressors!

Below the planet’s core, Misa wakes up on a pink beach to learn that Gembugs have pulled the stars out of the sky. Her friend Coral gives her a Fire Sword to defeat them. It’s up to her to bring the stars back up where they belong.

Fight on multiple fronts in Holdfast: Nations At War – A competitive multiplayer first and third person shooter set during the great Napoleonic Era. Charge into battle with over 150 players per server!

Beautiful 16 bit retro art style with fluid animations and deliberate combat. Read the enemy and act accordingly in this seamless world without any load screens.

Built exclusively for VR. Explore a disturbing reality as you try to survive the dark presences. With few resources and weapons available you’ll have to fight for your survival in a mix of horror and action. Face deformed creatures and live into the nightmare where danger is waiting around every corner.

Lost in Transit is a unique blend of the classic Asteroids and modern bullet-hell games. As a space-traveling mailman, fight your way through dozens of levels to deliver the final package in your route.

How does one amoeba defeat one thousand? Take control of a sole surviving amoeba and guide it in doing what amoebas do best – Feed to gain strength, Multiply to gain numbers, and Evolve to gain power. Turn your single-celled survivor into an amoeba army and take back the microscopic world!

Pax Romana: Romulus is an RPG/Adventure game that takes the mythological story of Romulus and Remus, legendary founders of Rome, on a different fiction. In the meantime, let the players create their own farm and design home.

Kidnapped for no clear reason to a dazzling yet mysterious island on the Mediterranean Sea, a young girl has to find a way to escape. Armed with only her wits, agility, and the will to stay alive, she must make her getaway or Die Young.

Experience hardcore, sci-fi dungeon crawling in this dark, atmospheric roguelike. Xenomarine offers tactical turn-based combat with hundreds of unique items and upgradable weapons and armor, as well as massive replayability thanks to its randomly generated content.

Help this cute cat jumping on tiles but don’t fall down!