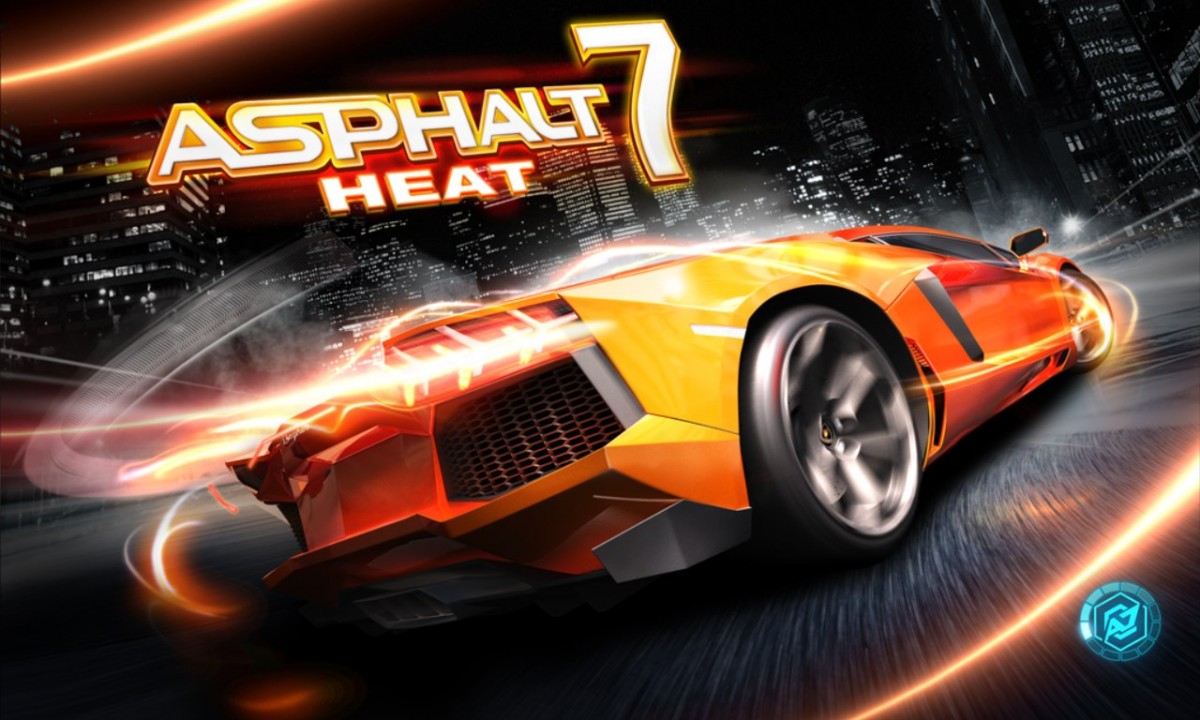 Oh, has it been twenty minutes? Time for a new Asphalt game. Aw, we kid. We kid, because we love. The Asphalt series is one of the most popular racing series on iOS, and deservedly so: They’re solid games, fun to play, and easy to control. Each installment pushes out mobile visuals that rival this current generation of home consoles. Asphalt 7: Heat for iOS dishes out more of what you’ve come to expect from the series, which is both fantastic and unfortunate.

Asphalt 7 looks great. That’s good. But there’s not much in the game that makes it a marked improvement from Asphalt 6. That’s bad. But it comes with your choice of topping! That’s good! And–okay, wait, got sidetracked.

Seriously though, Asphalt 7 is a very rough game to assign a review number to. Its lack of originality is its biggest sin. Otherwise, it’s a very decent mobile racing game. The game runs smoothly without a hint of slowdown, at least on the 4th generation iPod Touch. There are multiple control schemes to choose from, including using the accelerometer to steer, manipulating a virtual steering wheel, or simply tapping left or right on your screen. You can race against others on Wi-Fi, or via local multiplayer or Bluetooth. The game features 60 licensed cars, including the Delorean from Back to the Future, for Pete’s sake (though 88 miles per hour is baby stuff compared to the speeds you’re capable of reaching in-game).

You can play through a career mode that challenges you to meet specific goals, or you can just race for the heck of it with the Quick Play option. There are tons of achievements to reach for, and you can customize and buy power-ups for your cars. There are varying challenge levels, and oh, here’s something new: The “Asphalt Tracker” feature lets you connect to Facebook or Gameloft Live to let you compete directly with your friends.

And it’s all available for a rock-bottom price.

Frankly, it’s easy to feel spoiled and fickle when you look at a game like Asphalt 7 and say, “Ehh, well, you know what?” After all, it’s one of the best racing games currently available on the App Store, certainly for the money. If you just want to grab a mobile racing game, Asphalt 7 is certainly the one to grab. But if you’re already a fan of the series, you’re definitely going to feel like you’ve been down this road before (literally–many of the tracks in Asphalt 7 have appeared in previous installments of the game).

Maybe it’s not fair to expect Gameloft to innovate on a formula that works so well, though some small improvements wouldn’t hurt our feelings. For instance, Asphalt 7 often tricks you into thinking you’re playing a racing game on a full-fledged console–until you crash. Collision detection is a little spotty to begin with, and no real damage shows up on your car when you wreck. It’s a seemingly minor thing, but it’s still enough to make you remember that you’re playing a game on a telephone.

So here’s the thing. The Asphalt series needs someone to open the windows and let some fresh air in, but it’s still impossible to go really go wrong with Asphalt 7: Heat. If you’re still happy with Asphalt 6 and you want to save that dollar for ice cream, go ahead and hang onto 6. You’ll live without 7. But if you don’t own an Asphalt game, or if any upgrades to the series makes you happy, regardless of how small those upgrades are, go ahead and grab Asphalt 7: Heat. It’s still money well-spent.