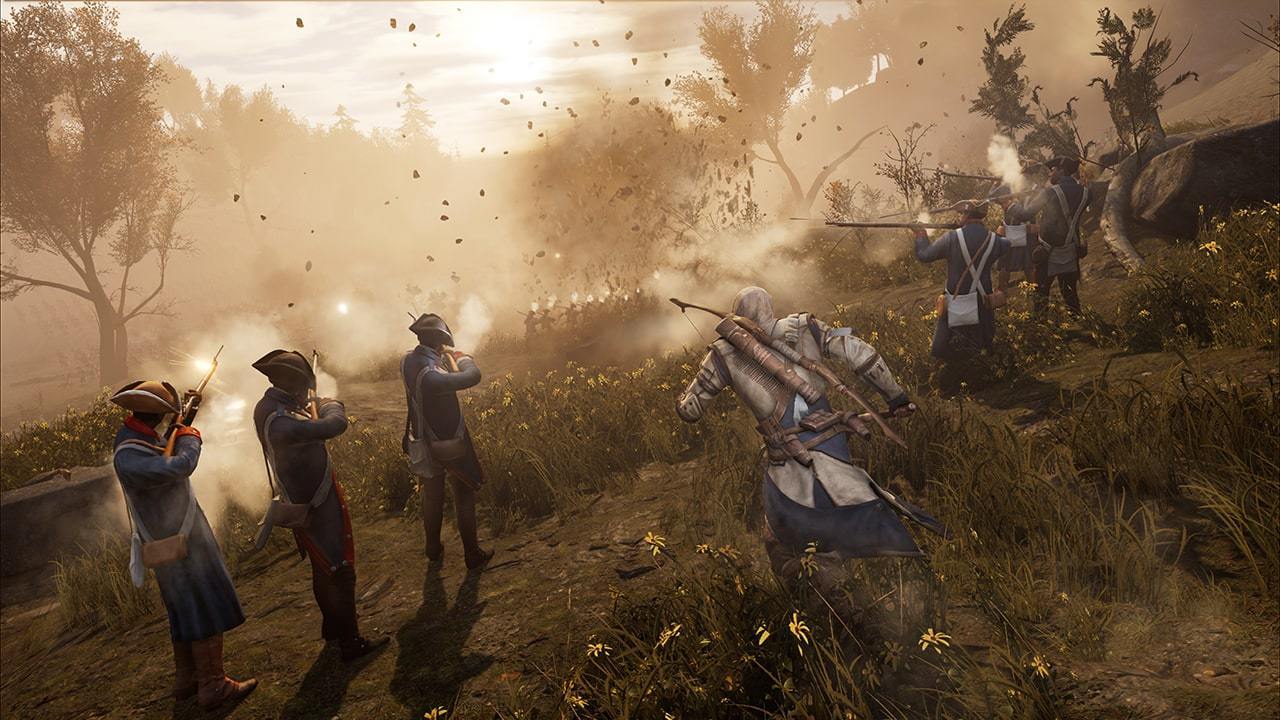 Arguably only the imminent release of Halo 4 has had more attention and anticipation than AC3 has.

So there was pretty much a Hunger Games-esque death match at the Gameskeys.net highrise offices to win the right to review this game. It wasn’t pretty, but I won. I’m not proud of what I had to do to the other writers, but it was them or me. I can still hear their screams at night when I close my eyes…

So, with every intention of avoiding spoilers, I will just state that AC3 is set in the 1700s. Our main protagonist – Connor, a wannabe Assassin – is right on hand to witness the birth of America (and its labour pains too), as the redcoats try to maintain England’s steely hold upon the rich new land.

The libertarians, of course, are fighting tooth and nail for independance. Enter the dastardly Templars, deadly foes of the Assassins for centuries; as usual, they have nefarious plans to deny the common man their basic freedoms.

Connor, meanwhile, seems to have a Forrest Gump-like ability to pop up in the right places in early American history. It does make for an interesting ride, seeing him interact with such famous historical characters as Benjamin Franklin, George Washington and Paul Revere, though.

The story moves along a fair pace, although, after an exciting first chapter, it does seem to be a little light on any actual… assassining for quite a while. But this is a big big story, with multiple characters, woven in with actual events from history, and these things take time.

Connor is a different kind of assassin, and contrasts sharply with the intensity of Altair, or the suave controlled tension of Ezio. As a Native American, Connor can see that the way of life that is so precious to his people is in danger of being lost forever. And he brings a strange mix of real compassion and wanting to ‘do the right thing’ to his journey towards being fully accepted into the brotherhood of Assassins.

Variety is the key to this title. Again, avoiding spoilers, you get to play as a few different characters, and in vastly varied environments – ye olde cities and wild frontier, featuring snow, and wild animals. You truly haven’t lived until you’ve been trotting along, minding your own business in the serenity of the woods, when an entire wolf pack has leapt snarling out at you, causing you to gasp out loud, and nearly drop the controller.

You’ll experience everything from free running through trees and up and down cliff faces, to sailing the Caribbean seas with all guns blazing, through to weaving in and out of alleys and trotting across the rooftops of early Boston and New York (the cities are extremely detailed and were designed based upon historic maps of the time.)

This is a really, really big game; enormous, even! The scale of the maps alone is quite staggering, and there are just so many things to do. There are so many main story missions, side missions you can do for people you meet along the way, and things to collect. There’s hunting, naval missions, doing up the homestead, people to help, quick tunnels to find and open up, assassins to recruit, etc, etc, etc. And that’s just what’s going on inside the Animus. As usual, Desmond’s got a few present-day things of his own going on as well…

If you like AC, and are one of those types who loves doing everything in a game, then this is a real bang-for-your-buck kind of title. You will get hours, days, and weeks out of trying to finish story mode off completely. And that’s without even mentioning multiplayer, or – god forbid – DLC.

Unfortunately, though, it’s not perfect. There were a couple of niggly little bugs left in, which hopefully will be patched by developers sooner rather than later. Ubisoft assure us that there is a “day one” patch planned for the title, however – at the time of writing, at least – that has yet to materialize.

As an example, in one mission – the goal of which was to “Follow your ally” – the chap in question walked aimlessly around, and around, and around… for about ten minutes, until the console was reset. At which point he walked straight to his destination, and into the next mission.

Another example was a frustrating chase where you raced after a guy continuously and just couldn’t catch him. Even when (another bug) he randomly stood still right in front of you on occasion.

The graphics are often great, but also cruise dangerously close to average and even clunky. The latter situations are in the minority, but they are still enough to take the gloss off the smoother stuff. And speaking of gloss, Connor looks like he’s wearing lip gloss. Seriously, suspiciously shiny. And sorry… once you notice, you won’t be able to stop seeing it.

Flaws aside, it’s not without its charms; the scenery is, at times, absolutely spectacular. The frontier is a particular masterpiece: as you make it to the top of a cliff, and look out over the endless untouched forests and fields, it’s breathtaking.

The battle scenes are tense and gripping, using the new game engine to its best advantage. Connor brings a few new weapons to the party, including a bow, a rope dart, and a tomahawk – amongst others. His flashy fighting style is quite different to the other characters you control, especially with the tomahawk.

And the new naval battles are a welcome addition to the franchise. Set upon rolling seas, ships crash into each other, avoid rocks, scramble with sails to get out of firing range of enemies, and duck for cover. It’s fast paced, riggin’ good fun.

And the story, of course, is what keeps you playing an AC title. Sure, collecting all the eagle feathers, or paintings, and rescuing all the citizens may send you into completionist ecstasy, but finding out what the Sam Hill is going on is what you really keep playing for. The twists and turns will keep you guessing, and in this respect, AC is as fresh and new as when Desmond first lay down in the Animus.

To sum up, Assassin’s Creed is good, but…

It’s almost like the developers took a good thing, and then just spread out too thin. There are so many good things about this game that make it really enjoyable, but unfortunately the occasional little bugs and unnecessary frustrations take the edge off it, and prevent it from being truly a great game. It’s a flawed gem, but still well worth a look. 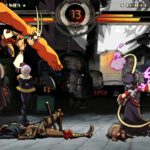 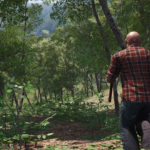