Battle Island is a first-person shooter game on the Roblox platform in which the players will need to shred their enemies using a wide range of weapons. Take all of them down to earn tokens and dominate the island. You can use the currency to purchase new skins for your weapons. Your character will level up as you make progress in the game.

No expired codes yet!

How do I redeem codes in Battle Island?

You have to follow the steps below to redeem the codes in Roblox Battle Island:

The first thing you’ll do is go to the Roblox Battle Island. Next, you’ll go to the loadout screen and tap the “Codes” button at the top. Now you will enter the code in a textbox called “Enter Code”. Then you’ll hit another button called “Redeem” to get your reward.

How to Adopt The Calisson Chicken In Fire Emblem Engage

Way To Get Ant Eggs in Grounded Guides 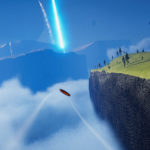 Exo One – Controls Guide
Next Article 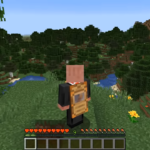 Rarest Capes, You Didn’t Know About in Minecraft