You will find some new ways to farm with MS:

First, you will need to lower the MS skill level to 1-2 by removing it from the Aesir.

Keep the level 1 MS from the 3rd job and Aesir, then remove all MS runes at the upper right. You need level 1 MS and max level fire pillar to 1-hit kill the mob. With S-rank adv rune that reduces MS skill delay and cooldown. You can cast level 1 MS at a breakneck speed.

You can 1-hit the mob with MS and Fire pillar. If your damage were overkill, you could switch some gear for extra job exp.

If you can’t kill with one hit, adding a light and status Vulnerability combo will help you achieve it. Or the Aug 2019 gacha back HG makes the target sleep till the fire pillar kills it.

You can exchange ten element stones into 10000 element arrows; you can sell each set for 1240 Oz with Merchant overcharge skill.

So roughly 2m income per day. Also, the Rachel Mob at EP7 gives a lot of Exp.

Another tip to help you farm more effectively is to use Invisible Space (Script needed as System cant auto-cast). You need to pick the mob’s names one by one, not select all.

You will need to attack far away first instead of nearby [invisible Space].

Attack nearby only even with an invisible Space Buff.

Select All (Blue Icon): Only attack the nearest target.

Summary: Pick the mob by name is better than selecting all.

Because the priest does not have an Amp magic buff to increase the damage, you need at least 500+ Match Deposit, 800% + S-Rune, and good Wiz EQ.

You can somehow figure out your Alt’s shadow wave damage by testing with your chain lightning S-Rune. Chain lightning is a 660% match; you have to do a little math to know your shadow wave’s damage (test without buff, Wiz staff, and robe of cast) since priests can’t wear it.

You can use shadow waves with Lv40 Alt. with the instant cast. Also, alt farming is EZ with a lot of buff from self (bless/mag, etc.) with min 800% + S-rune.

You have to use Nemesis for MATK%, Lich staff for the instant cast, and Croce staff if you had +10 EOD.

And eat dishes to boost the damage.

Lv1-40, use EP7, Household storage trick to take EQ with Lv1 Novice. The level at any place until Lv 40.

This build can easily reach level 91 within two weeks; it’s good timing to delete char and remake. If you can farm a culvert, you need to consume a premium and rush level 99 within one month for unlocking the card+MVP tree branch.

The farming results of shadow wave alt are without premium; a daily 2m farm was possible with an additional 33% drop rate. Sometimes if you get a random priest’s S-rune, keep it and gather 3pcs. Use EP7(rune replacement) to exchange for (a shadow wave rune). 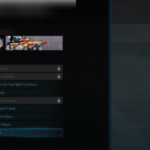 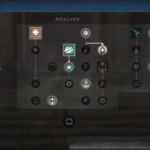 How to get AZOTH – New World