This guide will provide you with the best items to purchase in Roblox  Jailbreak. These items will help you to proceed further in the game.

Bugatti Eclair is one of the best land vehicles in the game with a total capacity of 2 seats and costs 500,000$. The vehicle is the fastest purchasable land vehicle in top speed and has an amazing reverse speed. It is the rival of the Tesla Roadster.

The jetpack is located near the power plant, which costs 50,000$ (for those who don’t have it). It runs on limited fuel that players can refill for free when on the ground there is also a refill that costs 25 Robux, which makes you fly longer. The jetpack can help you in some robberies. For example, the power plant jewelry store, museum etc. Overall, the jetpack is a good item that lets you fly away and escape cops in dangerous situations.

The shotgun is a low-priced weapon that costs 1000$ and does 30 damage if you hit all bullets.

Overall, the shotgun is an awesome weapon in close range and only costs 1000 in-game cash. The revolver costs 10,000 in-game cash, which does 25 damage per hit, and is a one bullet shooter.

The flintlock is a 45 damage weapon that costs 10,000$ and has a very long reload time since it’s A 1 shooter.

You can use the weapon for a combo method, also known as gun spamming like this: The Ak 47 is a medium-range weapon that costs 15,000$ and does 6 damage to every bullet.

The force launcher is a weapon that allows you to heal and requires level 3 in season, and then it costs 30,000$.

When in the forcefield, no bullet can bypass it, only the plasma pistol, which isn’t that good, IMO.

The black hawk has a total capacity of 9 seats (including the rope) and costs 1 million in-game cash. The vehicle is the 2nd fastest Aerial vehicle and can Rob the cargo ship, unlike the drone.

The Military helicopter has missiles that let you shoot rockets against the other team doing pretty decent damage. The black hawk is a really good vehicle for grinding, it’s a really good getaway vehicle due it’s great launch and acceleration. Nonetheless, the black hawk is an excellent vehicle and works well for both group and solo players. The roadster is very popular since it has the 2nd best acceleration in the game and costs 60,000$ with 2 seats.

The most popular supercar in-game has a very good launch, top speed acceleration and brakes.

The roadster is the fastest car in short to mid-distance due to its launch speed and great acceleration just behind the volt bike. However, the vehicle does tend to fly a lot, Doesn’t have that high suspense, and if you are laggy, it isn’t that good.

The duffel bag is a 300 Robux game pass, which makes you get almost 2 times the cash you get without. It is one of the best game passes, as it helps you grind faster by earning more money from robberies.

The Premium Garage game pass costs 450 Robux, which lets you spawn and customize almost all vehicles. It is one of the best game passes in Jailbreak; the Reason why it’s so good is that it allows you to spawn cars almost everywhere every minute.

It may cost 450 Robux and should be the second game pass you should buy since the duffel bag can give you double the cash in robberies. 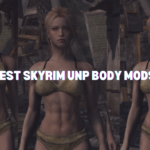 Best Skyrim Unp Body Mods to Try Out
Next Article 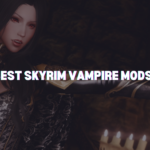 Best Skyrim Vampire Mods to Try Out in 2022