Borderland 3 introduces 4 vault hunters each with its own playstyle and skill set. Amara the Siren is one of the 4 vault hunters and the only Playable Siren in the game. Mainly known for dealing damage over time, Amara possesses a variety of explosive and destructive powers and is certainly one of the most intimidating characters in the game. With over eleven action skills to choose from, this guide is to show you how to level her properly in order to wreak as much havoc as possible.

Amara has access to three skill trees. Mystical Assault focuses on powers that maximize damage throughout the fight. Fist of elements focuses mainly on elemental damage and status effects. Brawl is mainly for punching and offers high melee damage. This guide features 3 unique builds that you can replicate exactly or use them as guidelines to create a unique build of your own.

This build focuses on high survivability and high melee damage. This is an extraordinarily powerful Amara build for annihilating enemies with your bare hands.

When you get to Level 2, three new action skills are unlocked.

Amara summons a giant fist that bursts from the ground and locks the targeted enemy in place for a few seconds. Some enemies are immune to being grasped and instantly take damage instead.

Amara leaps into the air and slams the ground, dealing damage to all nearby enemies and knocking them upwards.

Amara sends forward an Astral Projection of herself, dealing damage to everything in its path.

After completing level 3, go to the brawl tree and level up your personal space to the max. You should then spend 2 points into Clarity for constant health regeneration. Once you get to 2nd tier, spend 3 points into Samsara. This will allow gun damage and health regeneration after using Phaseslam.  Next, spend 2 points into Helping Hands. Once you get to third tier, spent 1 point into Find your center for double melee damage and 3 points into Mindfulness. Now spend an additional point into Helping Hands and then Equip the action skill fracture. Applying the Revelation Action Skill Effect on it will give your phaseslam a hefty damage boost all thanks to its Nova effect.

Now go over to the Fist of Elements tree and spend 5 points into Anima for additional elemental damage. On the 2nd tier, spend a point into Illuminated Fist for increased melee damage. Now on the first tier, spend 4 points into infusion to convert a portion of your weapon’s damage into fire.

This build is not effected by Mayhem Mode modifiers but has a few weaknesses. It is not very easy to deal with when dealing with flying enemies and is also not very effective against bosses.

The second build involves the use of Phasegrasp along with Crowd Control. The objective is to target the most powerful enemy in a group with Phasegrasp and then using guns to kill the rest.

Now with that in your pocket, all you need to do is up your elemental and gun damage potential by picking up Conflux and Anima from the Fist of Elements tree and Wrath and Trascend from the Mystical Assault tree.

When you pair this build with some fast firing weapons, you are able to wipe out hordes of enemies with very little effort.

This build focuses on Phasecast and gun damage. We can start the build using the Brawl skill tree. Invest in personal space and level it up to max. You can then move on to the Mystical Assault skill tree and go all in on Tier 4. After acquiring Wrath, Reverberation and Laid Bare, you should go back to the Fist of Elements skill tree and build that up with Tempest and Infusion until you unlock Allure. After getting Allure, go back to the Mystical Assault tree and unlock the capstone “Avatar” from Tier 6.

Using this build, you can use Phasecast to create a singularity which pulls enemies closer and after acquiring avatar, you can use Phasecast twice to evaporate those who survived the first time. This build strikes a balance between Action skill and Elemental damage. Combine that with the gun damage, and you have got yourself a killer build, literally. 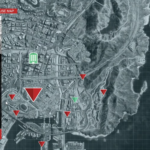 How to Buy A Vehicle Warehouse in GTA Online
Next Article 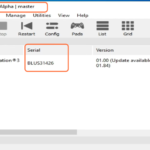