We demand more depth all the time from our games. We expect alternate endings, skill trees, side quests, and endless hours of gameplay. For once, though, we appreciated a game that takes the opposite approach: creating an extremely compact, thoroughly memorable minute or so of intensity.

According to the developer, Canabalt was developed in the space of about five days as part of a micro-game experiment. This game’s impact is sure to be felt much longer than five days, though. Like a colony in a petri dish, or a one-act play, Canabalt offers just a self-contained glimpse of a larger world outside.

You control a tiny, pixels-high running man, who crazily sprints across the tops of buildings while the world apparently ends around him. War of the Worlds walkers and whizzing spaceships adorn the backgrounds, while in the foreground buildings are slammed with missiles or crumble beneath your feet. Extra-snazzy particle effects, like breaking glass or flying doves, provide even more incredible window-dressing. You couldn’t ask for a better introduction to this world.

Once you’re off running, you have to time your jumps to move between buildings and over obstacles that appear in your way. Every time you play it, the environment is randomly generated, so you can’t simply memorize what obstacles come next. It’s a pure exercise in reaction time, with a beautiful presentation that you won’t forget anytime soon.

After you face your inevitable death, your options are limited. You can post your score on Twitter through the game (which has become a bit of a trend lately) or tap the replay button and try again. Canabalt is simply irresistible to replay.

The nearly-flawless execution of one simple idea makes the lack of a story or any other depth inconsequential, but we still require global high scores before giving this game our full recommendation. Also, we think this game would be better priced at a dollar, especially since the original Flash game is still free to play as well.

Canabalt is an interesting experiment, and it’s one we enjoyed. It’s a game that measures your involvement in minutes, not hours, but we’re confident you’ll still be thinking about it for weeks or months to come. 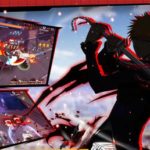 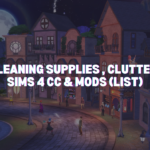