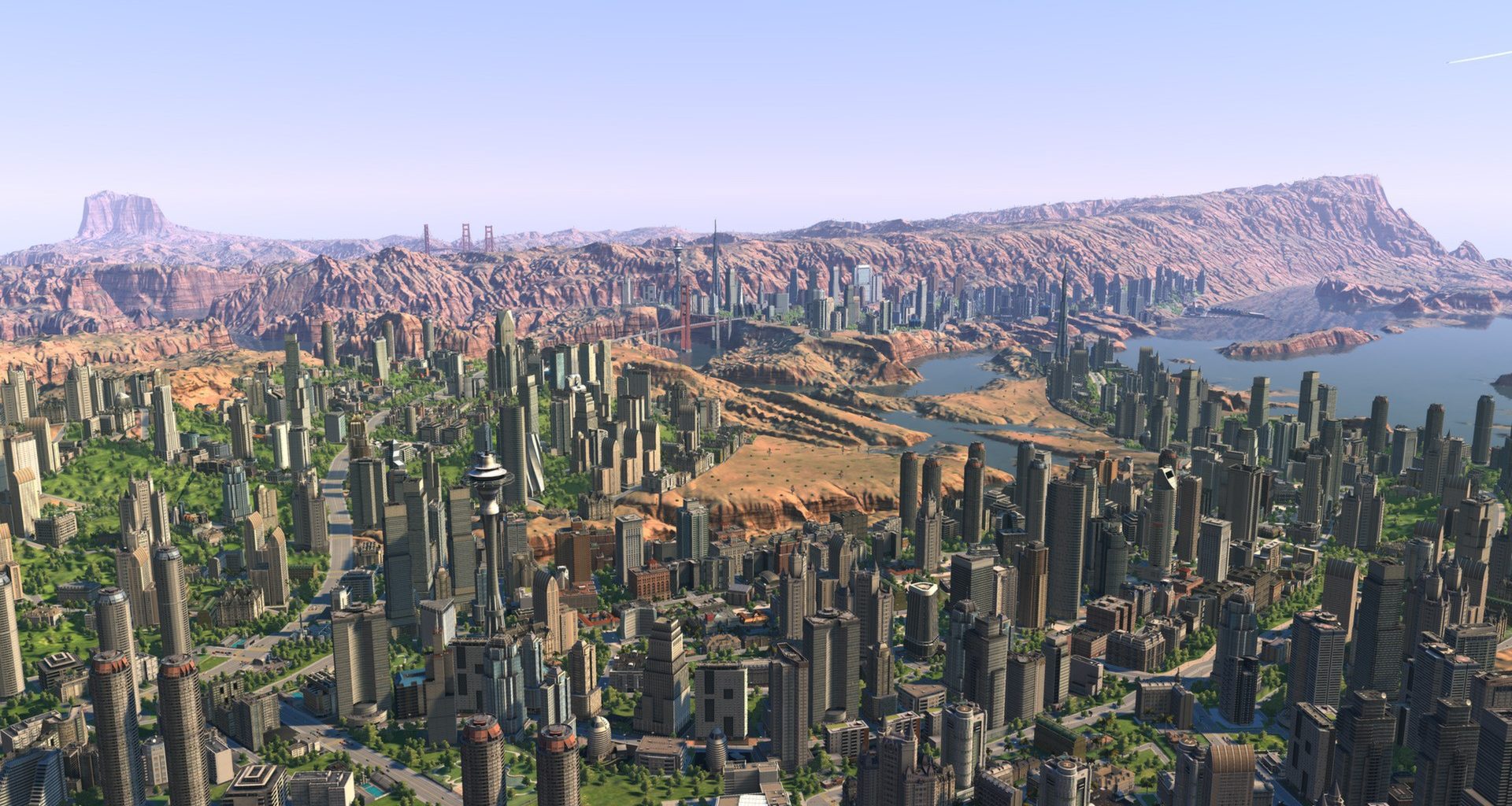 It’s been a while now since we’ve had a good old-fashioned city building release, so it was a pleasant surprise to be able to play and review CitiesXL, from Monte Cristo, the French simulation games company. While CitiesXL will be familiar to gamers who have played any of the Sim City incarnations, it still comes packin’ with some very cool new features.

At its core, CitiesXL is a city-building strategy game, where the player takes on the role of Mayor, and oversees the development of a city from the ground up. You start off by choosing the area on your local planet where you’d like to build. Each area has its pros and cons, and the game very thoughtfully allocates a difficulty rating for each. Creating a city on the side of a volcano turns out to be quite a bit more difficult than if you were to build on a fertile plain – who would have thought?The first few steps are pretty much dictated to you: create a road that joins on to the neighbouring region, to allow trade; set up a city hall, and start creating residential zones. But after that, it’s up to you to decide how you will design, structure, and manage your city.

CitiesXL takes an interesting approach to residential zoning, in that there are four different types: unqualified, qualified, executives and elites. These workers each have different uses, but also different conditions that they expect from you and your city. Unqualified workers, for example, are the least skilled but also the least fussy. They’ll be happy working in heavy industry and farming, and don’t mind if the shopping and schooling isn’t great. Elite workers, on the other hand, demand high quality of life, as well as employment in the tertiary sector, such as offices and high-tech areas.

Building other zones is easy, though there is a catch with quite a few of them. Farms can only be built on fertile land, and resource-gathering buildings and structures, such as water silos or oil fields, can only be placed on areas where that resource is available.

Fortunately it is easy to view these areas at a glance, due to the many great display filters that you can apply to the area. Using these you can view all sorts of information about your city, from population information, to details about satisfaction levels, the economy, environment, and terrain. There are also tools to help you analyse your budget and your economy, so you can tell if maybe building ten Ferris wheels in town is costing too much in upkeep.

And yes, that is the kicker with most of the interesting buildings available. Everything from schools to police buildings, and oil fields, all cost money to keep running. The key to CitiesXL is to find that balance between income and spending. And it really can be challenging to do so sometimes. If you have too many people and not enough jobs, quality of life can drop. On the other hand, more jobs than people means that your businesses will have trouble being profitable. Expect to spend a lot of time working to achieve balance.
Once you are making a surplus of any sort of resource (be it water, food, or even office workers), it makes sense to look at your trading options. For solo players you don’t have a lot of choice in the matter; there is one other player, Don Madalff of OmniCorp, and he doesn’t like to negotiate. Still, you can make some good coin on your excess resources, and even purchase (for a lot less than you’ll be selling yours) other resources from Don. And if you’re in a region that doesn’t produce a certain type of resource (such as fuel) and your businesses need it to be profitable, you may have little choice.

The game gets quite a bit different in the multiplayer mode, called The Planet. The Planet is not just a multiplayer offering, but an actual massively multiplayer environment, where players can create cities, and negotiate trade items, but it also acts as a sort of social networking site, where you can cooperate with other players to build mega structures, and even check your city from any computer that has internet access. While The Planet does have an associated cost (just under US $10 per month, though cheaper if you pay for more time up-front), the game comes with a free 7-day trial of The Planet, so you can at least try it out yourself. Monte Cristo have really made The Planet an attractive offering; they are constantly releasing updates and new features to the game.

There are also things called GEMs, or Gameplay Extension Modules, that will be available in the near future, which allow you to play independent simulation games inside your CitiesXL. For example you could manage a ski resort, a factory, or an amusement park. While there aren’t a lot of details available for these at present, GEMs could again introduce additional (albeit paid) gameplay to CitiesXL.

But even if the paid content/multiplayer aspects of the game don’t ring your bells, don’t forget that CitiesXL is a solid, challenging, and good-looking city-builder. If your PC is spec’d up enough, you can expect some awesome cityscapes to emerge. You can zoom right out to view the entire region at a glance, or zoom down to follow an individual person as they go about their business.

And while I found the avatars to be quite hideous looking (I opted for a red-afroed freak in grey boots and a red mini skirt), they have little actual bearing on the rest of the game, which looks and feels excellent.