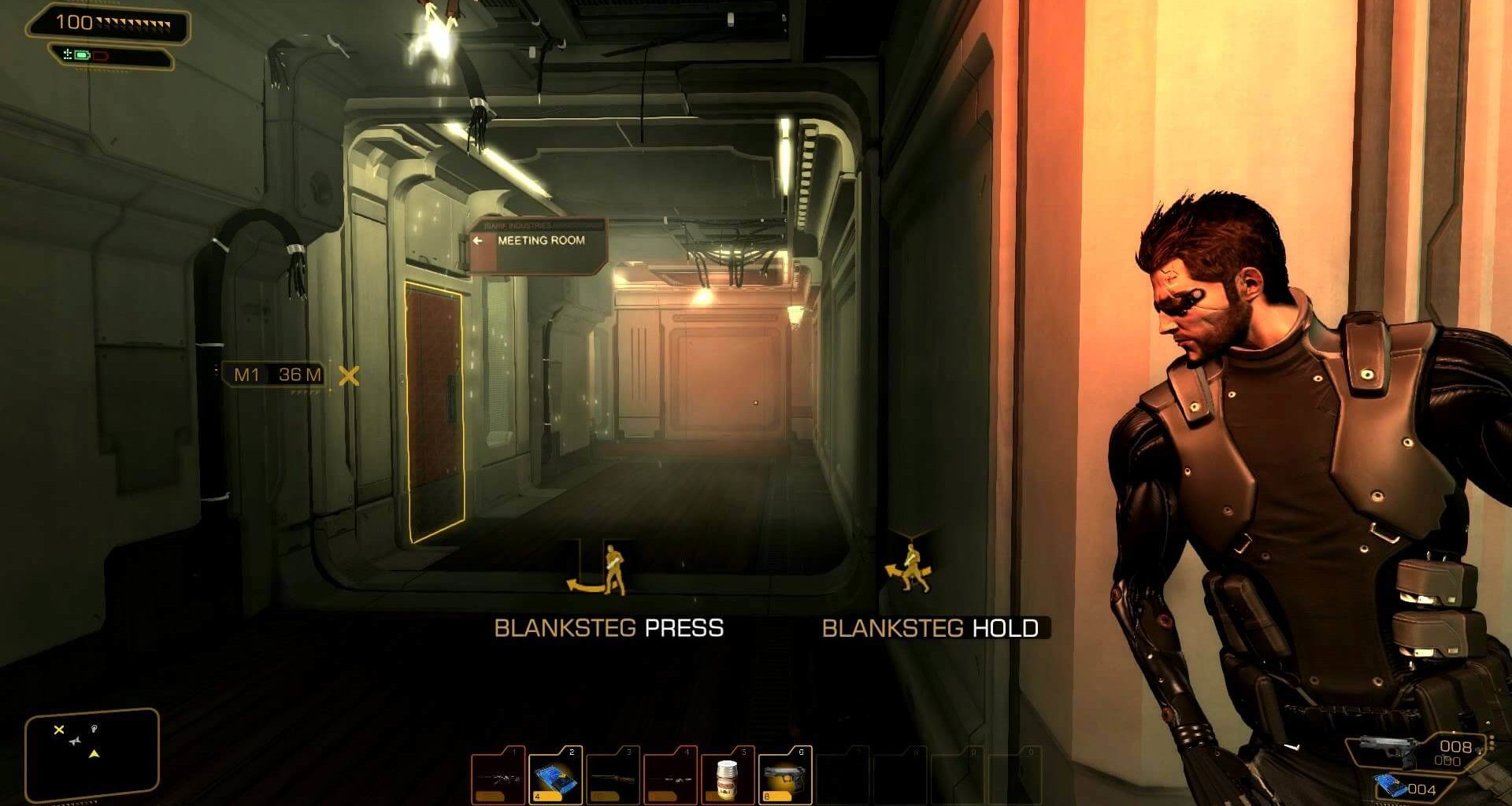 Its not often that a game falls into your lap that makes you sit up and take notice. In the grand Parthenon of PC titles there are several top tier franchises that stand out. Franchises like Sid Meier’s Civilization, Valve’s Half-Life, and Eidos’ Deus Ex.

Deus Ex: Human Revolution has been a long time coming. Its predecessor, Deus Ex, has been named one of the greatest PC games of all time and has sold more than a million copies worldwide. Its 2003 sequel, Deus Ex Invisible War, divided the fans and received a mixed critical reception. So what then of this third installment in the Deus Ex dynasty? How well does Eidos Interactive’s third attempt at a dystopian FPS/RPG hold up? The answer, is well; but with caveats.

Deus Ex: Human Revolution is set as a prequel to the events of the original Deus Ex. That immediately makes things a whole lot more interesting. The world of Human Revolution is modern, its different, but its also oddly similar – being set only a good decade and half from where we are right now.

The result of this narrative setting is a dystopian cyber punk world that it is instantly recognisable. The world of Human Revolution is well constructed. As seasoned PC gamers know, for an RPG atmosphere is everything, and Human Revolution pulls it off with aplomb. Picture a title with a hefty chunk of Bladerunner, mixed with a little Ghost in the Shell, and smothered in the gritty realism of the film noir and you can begin to imagine the dilapidated setting that Eidos have managed to throw you straight into.

The result of this set up is some impressive and engrossing story telling. In Human Revolution you play as Adam Jensen. He’s a former SWAT member with an dark past, and a penchant for getting things done. After being fired from the police force for reasons that are not immediately obvious he sets to work for a private bio-technology firm named Sariff Industries, which is at the forefront of producing augmentations.

Augmentations – the precursor technology to the nano-technology upgrades in the original Deus Ex – are a controversial subject. The new technology is causing quite a stir with some powerful people, and Jensen’s job is to keep Sariff Industries protected. Unfortunately, as is the case in any good RPG things don’t go according to plan. Sarrif Industries is attacked by an unknown group, our protagonist’s girlfriend is killed and Jensen barely makes it out alive. But one six-million-dollar man operation and a few months later, he’s back on his feet and, along with a couple of mechanical arms, is ready to get to the bottom of what went down. And he does, from Detroit, to Shanghai, to Montreal.

Human Revolution has a classic RPG start that ticks all the right boxes. And at first glance that’s all it really does. Slightly shady private corporations not telling you the whole truth, amoral hackers, organised crime, and good old fashioned detective work are not necessarily new contributions to the RPG genre. In isolation, each approach is fairly bog standard. But what sets Human Revolution apart is the depth that it brings to the table.

Some games would merely set up an evil corporation and leave it at that. Human Revolution goes one step further. Surrounding the games many narratives is a blanket of real world politics and ethical philosophy. This is a trend amongst advanced RPGs that is continuing and cant come fast enough (just think of the themes of immigration, slavery and racism inherent in Dragon Age II). In Human Revolution the themes on show are decidedly more modern. One of the title’s core narrative tensions is between the those who are “augmented” and those who are not. The first group, like Jensen, have undergone bio-technological surgery to improve their bodies and their lifespans; the second group rejects all technological advances, frightened of the untested and unproven effects it might have on the body and the mind.

This is a debate that does not just exist in a video game. The rapid advancement of bio-technology, pharmaceuticals and health technology in real life raises problematic ethical questions about how far the human condition can be pushed. Its damn right exciting to finally see a computer game that pulls us into that conversation – even if it is just for entertainment.

But these themes are not just narrative abstractions, they are cleverly brought into the game itself. Discussions with NPCs can result in more information about either side, and certain characters will offer you side quests that relate directly to the ethics of augmentation. For example, during the games second act in Shanghai a prostitute is being pressured by her pimp into receiving augmentation in order to improve her ‘customer service’. Its up to you if you take on her suggestion to rid the world of her meddlesome boss.

But the titles depth is not just limited to its complex and satisfying storyline. Like the original that had multiple storyline possibilities and a range of important actors, this prequel lets gamers experience the storyline at their own pace. In addition, almost every conversation and storyline milestone can be approached in different ways – making the titles re-playability simply enormous. Those PC gamers who just cant let a game go until they’ve completed every achievement, will need to set aside a decent amount of time.