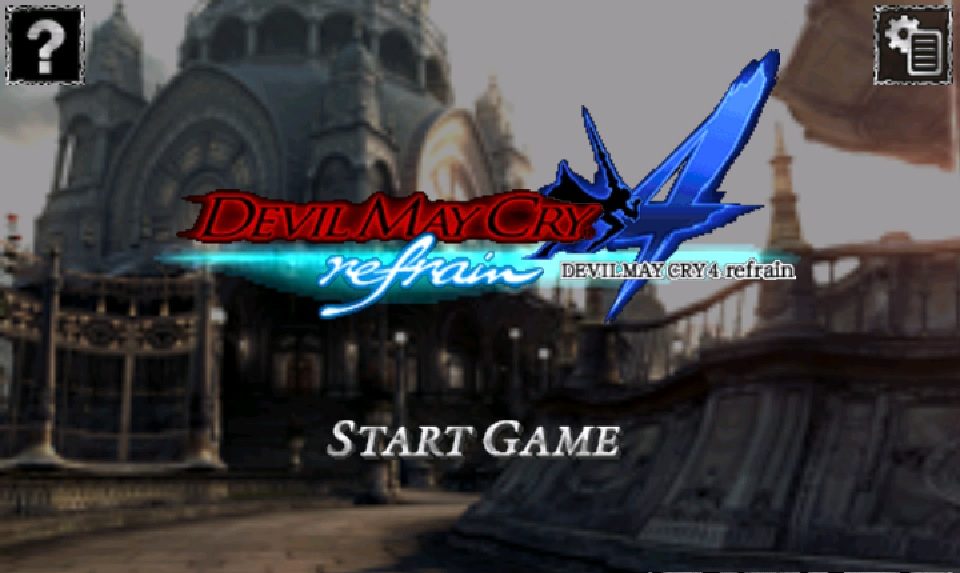 Devils and demons are everywhere on the App Store, from gross-out shooters like iRequiem to adorable hell-raisers like Hellkid. Later this month, Capcom’s summoning one of their biggest demons to the App Store: Devil May Cry 4 Refrain.

This 3D action game will follow the same plot as the console game, with players controlling Nero instead of series regular Dante. Nero has guns, a big sword, and a demon hand that can be used for grab attacks. You can choose whether you want the guns and sword to be combined into one attack button, or two.

Nero has 10 levels to explore, which are laid out in a maze-like series of rooms. A map in the corner lets you know which way to go, and at the end of one stage we encountered a huge hellhound serving as the main boss.

Like in the console games, Nero will absorb red orbs from the enemies he kills, allowing you to upgrade and unlock new attacks. The goal with these new attacks, the developer told us, is to maintain the “cool feeling” of linking combos even with a simplified control scheme.

While we didn’t get to spend as much time with this game as we’d like, we won’t have to wait long for the final version. It’ll be out by the end of January, and it’ll be followed up later with updates that will add Dante as a playable character. In addition, it’s possible that extra challenge modes will be added in an update, beyond the game’s story mode.

The game certainly looks good, with Retina-rich graphics and some quality animation. We’re not sure yet if the rhythm of the console game will come across well in the handheld version, since Capcom iPhone games like Resident Evil 4 and Dead Rising Mobile have recently emphasized their quick playability over depth.