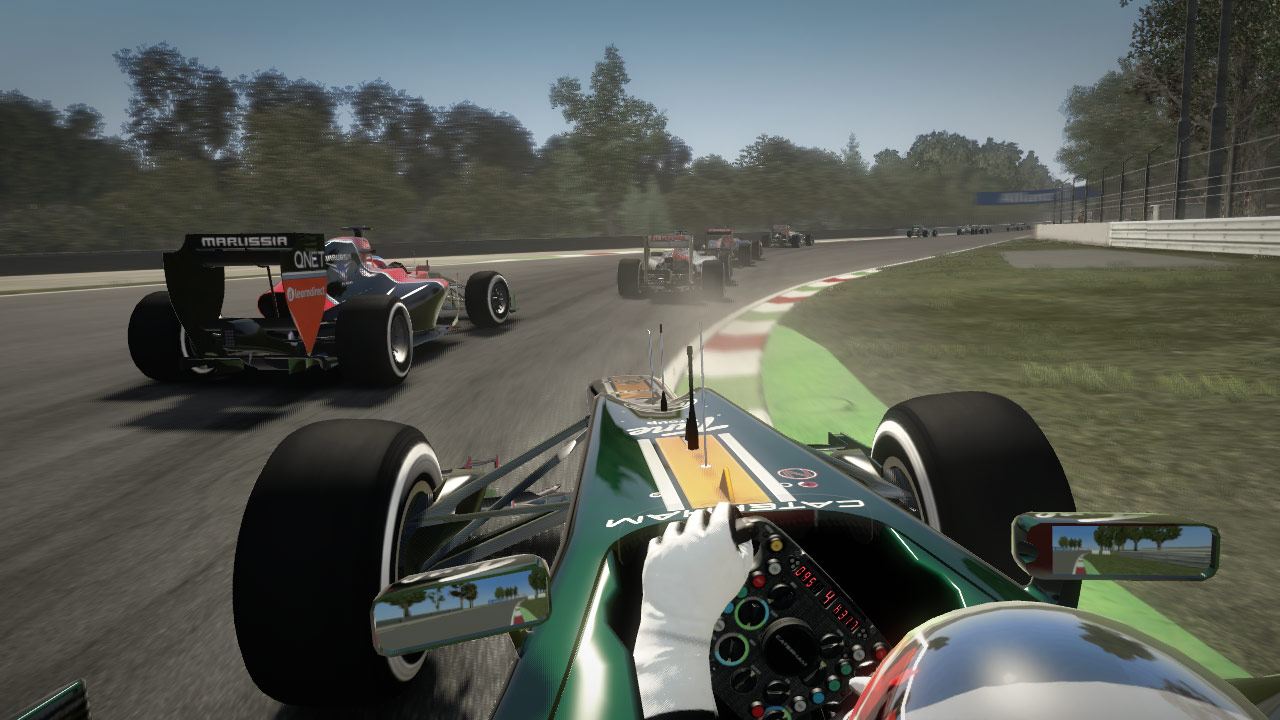 Has there ever been a more opportune time to create and develop an accurate representation of single-seater racing? Hardened champions from Formula 1’s killer years regularly voice their dissatisfaction at the new era of racer, lambasting them for a lack respect of the comparative safety of modern motorsport. The Playstation Generation are as much at home behind a virtual wheel as a mechanical one, with the mental dexterity to navigate an overwhelming number of buttons and more recently, even testing has reverted to simulation. Sport and simulation have undeniably grown closer since Geoff Crammond’s glory years, and now finally Codemasters have created a modern interpretation to sit alongside Micro Prose’s masterpiece. But it’s debatedly too late in doing so.

There are a collection of new features awaiting fans of the series when the simplified menus open; the first of these you’ll be introduced to is the yearly young drivers’ test in Abu Dhabi. Serving as little more than an unwanted tutorial, all that’s to be gained from this promising new mode is the perplexing number of achievement points for completion. The amount of potential within the concept has been sloppily overlooked. Online time trial competitions and cat set-up challenges are just a handful of ways this mode could’ve been expanded on simply, but results is nothing more than a time-consuming controls refresher and a cause of needless frustration.

Fortunately the new ‘season challenge’ and ‘champions’ modes compensate somewhat. The former follows a season consisting of ten 5 lap grand prix, where your key objective is to beat a pre-selected rival from the grid – do so in a best-of-three challenge and you’ll be offered a contract to replace them immediately. Naturally targeting a more prominent seat will earn faster progression. It’s a lighter alternative to less dedicated players who still strive for the same sense of progression that the traditional career mode provides. Champions mode is an interactive tribute to this season’s six-competing World Drivers Champions on the grid, where during seven individual situations you must out-race an assigned world champion. The easy difficulty fails to generate any significant challenge, but these scenarios are genuinely refreshing and should transpire into a fully-fledged mode, as Burnout 2’s ‘Crash’ mode did in its sequels.

Underlying all these changes is the core physics engine. F1 2011’s downforce-heavy handling was a significant development from F1 2010 and caught even the most skilled players out initially. Aligning at speed is more responsive than last year, but the alterations create a light compromise between the two predecessors. Disappointingly, this makes the seventeen existing tracks significantly less challenging to relearn, although new entrants to the series will still find practise sessions essential to learn these challenging circuits. Monaco in particular remains perilous – few players will survive their first career race unscathed. The brand new Austin circuit sadly falls nearer to competent than classic, largely thanks to being far too familiar to Tilke’s Bahrain and Indian circuits.
Changeable weather conditions are the most notable improvement to the handling, as grip levels are more difficult to judge, whilst localised weather can result in half dry, half damp circuits (a’la Silverstone 2011). Making the right tyre choice is far from autonomous, with the potential to make or break a race. During my legend-difficulty career, I was able to take the lead in a lowly Marussia thanks to a tactical switch to intermediate tyres, which then became unusable a mere three laps from the chequered flag. I finished that race a crushing 20th.

The change that most distinguishes F1 2012 from previous iterations is the CPU’s AI. Last year’s introduction of DRS and KERS created more organic racing, but now holding position to a quicker car requires tactical (but fair!) defensive driving. Even online veterans will find the AI’s commitment to stealing an apex aggressive, but rarely will your race be ruined by a car’s misjudgement. Single player ultimately becomes stale before your career’s climax, but wheel-to-wheel racing is far more rewarding offline in direct comparison to 2010’s on-rails nature. It’s a welcome alternative to the typically frustrating, addictive and technically competent online mode. Codemasters have once again provided a respectable online infrastructure that’s yearning for more creative use; the co-op championship will once again be passed up by all but the smallest subset of players.

In an industry dominated by marketing spiel, overselling of lacklustre products and preaching to the consumer choir, managing expectations rationally is often challenging. Depending on the player’s level of experience with the series, F1 2012 is either a sincere virtual representation of the world’s most technical sport in a substantial package, or a finely-tuned forward and sideways step in the reinterpretation of F1 2011. Codemasters have once again done enough to keep their heads above the law of diminishing returns for dedicate fans, whilst offering the definitive next-generation racing experience for new entrants to the series. Whether Ł40 is an acceptable price for a brilliantly-refined two year old game will be determined by the markets.
Now the onus is firmly placed on next year’s decisive title to rekindle the excitement that’s been missing since the series’ return. 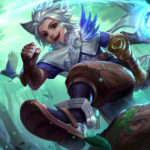 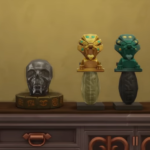