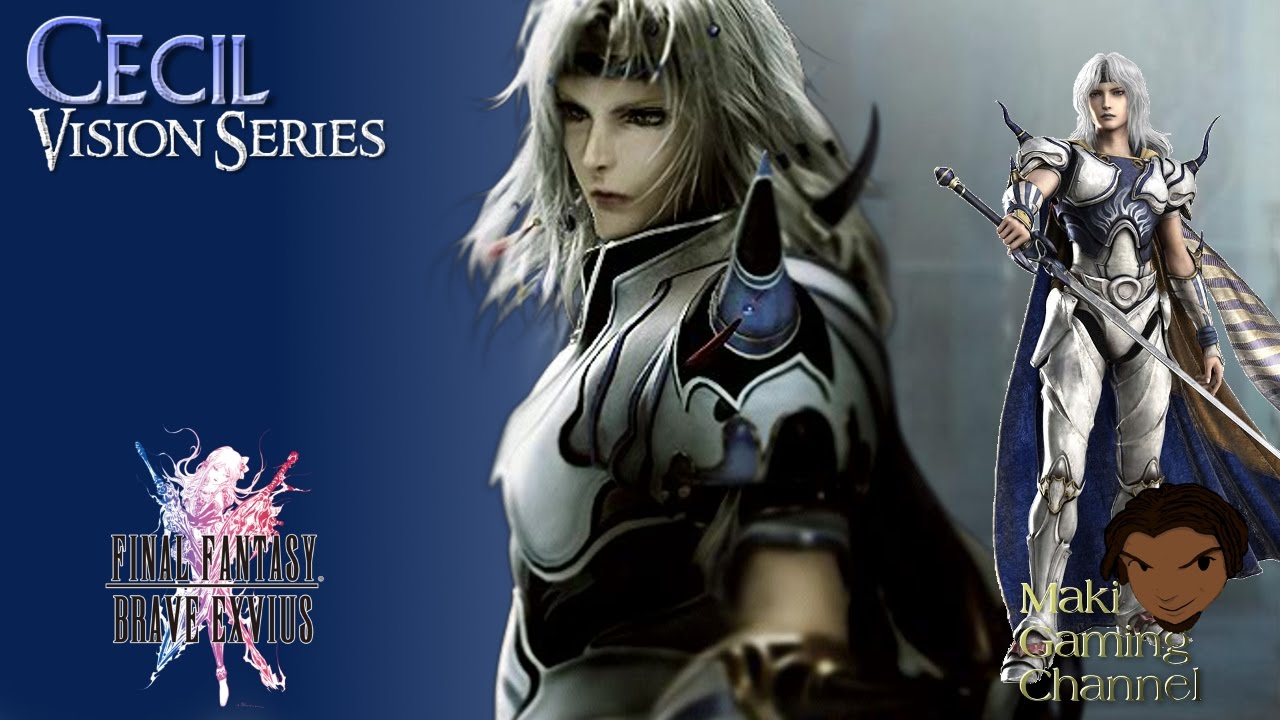 Final Fantasy: Brave Exvius will have a Version 2.0.0 out on February 23rd. This update will include Rare Summon Organization, New Trophy Rewards, User Interface Update, Material Location Function, and more.

This is the biggest update on the game ever since it launched 8 months ago worldwide. 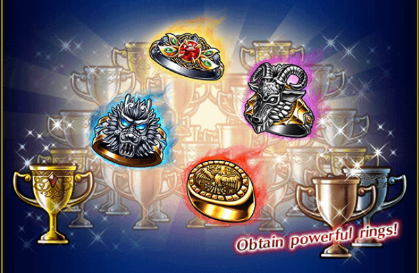 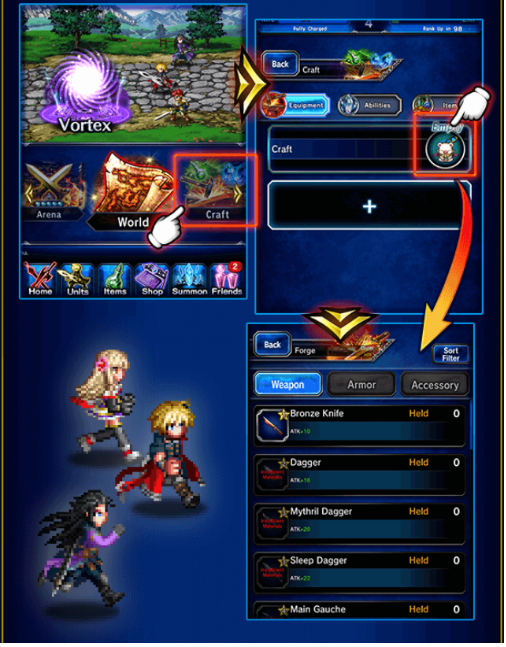 You will have a new Craft Button. This will include Forge, Abilities, and Synthesize.

This button is going to switch places with the Vortex. Your craft items are also sorted and organized by tabs. 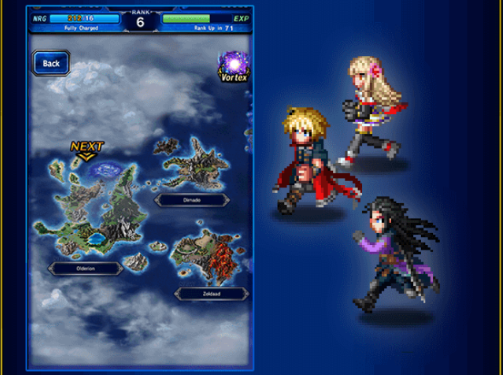 They added Area Selection to be viewed on the Overworld Map. 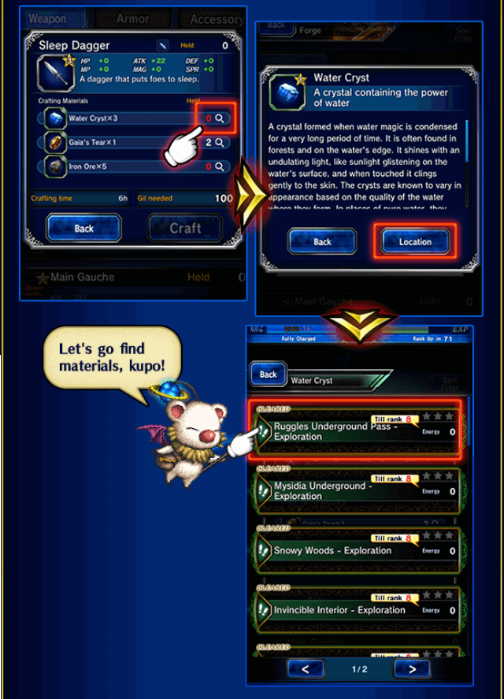 This great new function will let you know where to go in case you’re short of “supplies” for your crafting and awakening needs. This will also show the quests you need to complete to get them.