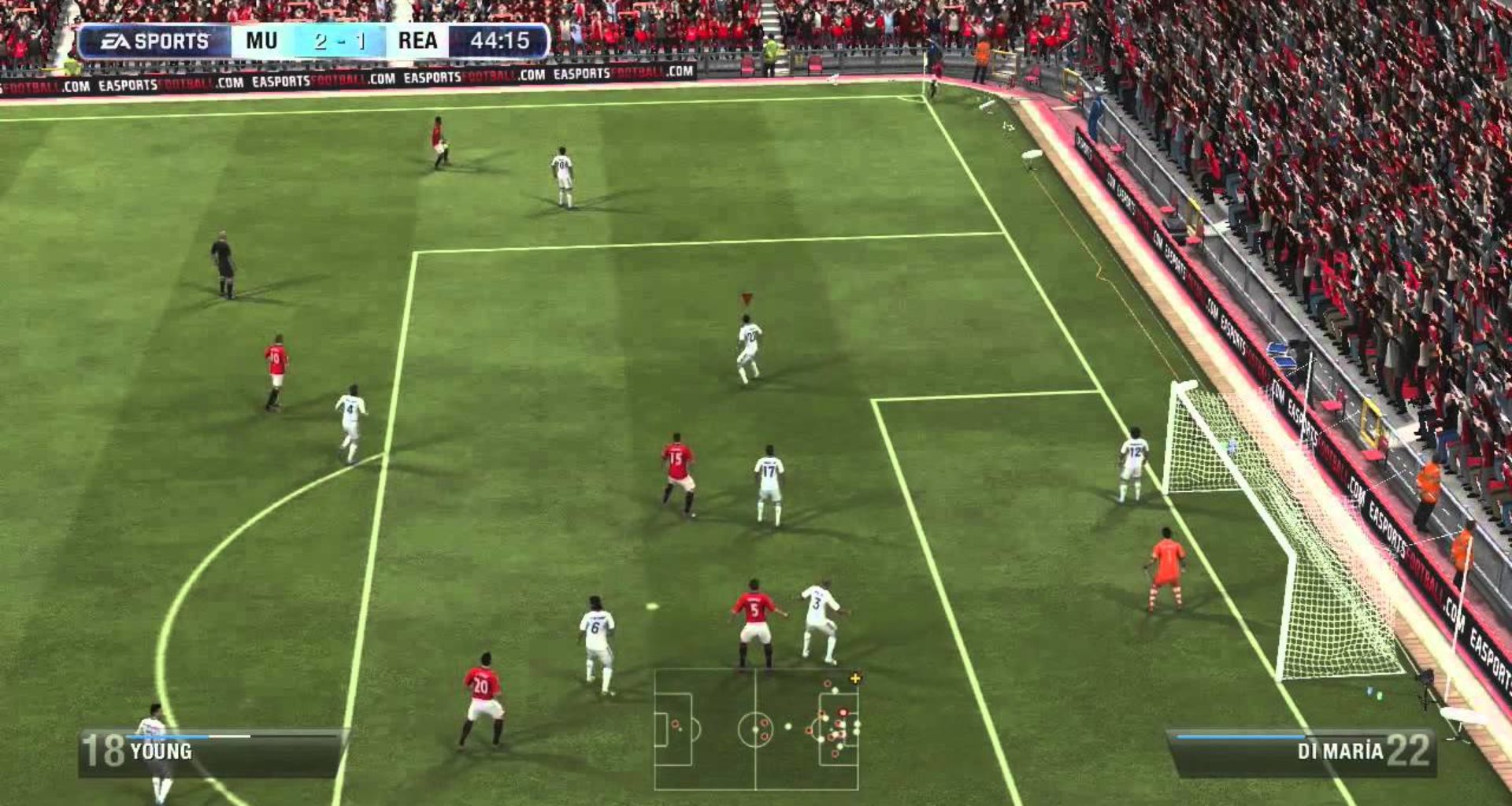 Did you know that the FIFA videogame franchise has been around for nearly 20 years? From a time when displaying the game in an isometric viewpoint was revolutionary, through to today where you can use the GamePad to look through the eyes of the kicker for free kicks, EA Sports have tried to keep pushing boundaries with the franchise every step of the way.

You’d be forgiven if you hadn’t followed the franchise year to year; over the past few years incremental adjustments to gameplay and graphics have meant that there’s never really a reason to pick the new one up if you got the previous edition.

For many people, FIFA 13 for Wii U could be the first FIFA title they’ve played in years, and with that comes a the daunting challenge of re-familiarising oneself with a game that is as masterful as you want it to be.

For newcomers, or old returning fans, the first thing you’ll want to do is figure out what button does what, and in so doing realise what a mistake that decision was. While the game can be played in two-button mode (A to shoot for goal and B to pass), the fun comes in growing, mastering your first step, and adding layers on top of your gameplay – and FIFA 13 is chock full of layers. You only need a glimpse at the “button help” screen to realise that you won’t be mastering — or even remembering — a quarter of the controls on offer.

Your basic controls involve utilising every single button on the controller as well as combinations of these buttons, and each input is used in differing ways – depending on whether or not you’ll be attacking, defending, goalkeeping, or going for a special kick. Tack on finesse moves, different dribble styles, direct control over the ball with the right analog stick, modifying shots/passes with the L trigger, adding style with the ZL trigger, or adjusting plays or strategies with the d-pad, and you’ll surely feel overwhelmed before you even get to your first match.

The idea for anyone coming into this franchise fresh or after a few years break is to take it easy. Chuck it onto beginner and get the hang of the controls you know you’ll need: sprint, pass, change player, shoot, and tackle. Enjoy the struggle of winning your first match and work your way up to giving average teams an 8 – 2 thrashing. Test yourself against a harder team and soon you’ll be feeling the rush of kicking the winning goal seconds before the final whistle.

Once you feel confident you understand the basics, chuck it up to the next difficulty and start again. Your desire to add new controls to the mix will arrive in time and you’ll be calling for players to run, adding style to your dribble, and controlling your celebrations within hours.

As for the game itself, like every FIFA game in the last five or so years, FIFA 13 hosts a slew of game modes, both online and off. Jump into an exhibition match to test your skills, jump online and into a season to try and outplay others around the world, create a friendly match against people on your friends list, or hit the career mode to take either a team, or a solo player, from nothing to all star.

A new feature this year is that if you don’t want to focus on a specific player (or even want to play the matches) you can be the manager and watch your team / change strategies and formations or make substitutions on the fly. Let’s not forget the ability to give pep-talks mid game to try and get the most of your side.

On-the-fly team management is a nice addition to the game, and one that carries over into what is called co-op mode. One person plays as the team using a Pro controller or Wii Remote / nunchuck system, while the player with the GamePad looks after team decisions and strategies.

The game usually runs at a silky-smooth 60 frames per second – until effects get brought into the mix. During cinematic moments, depth of field is added, bringing the framerate to a stutter. While it looks nice, the payoff is unacceptable. Otherwise, the game looks as good as you’d expect from a current generation game but with the added benefit of being able to play off-screen using just the GamePad.

Speaking of the GamePad, the numerous additional ways to control the game using the touchscreen are just not justifiable. Sure, you can select the character you want to pass to with a quick tap, but hitting the B button is faster and doesn’t require you to take your hand away from the controller. There’s also the ability to shake the GamePad as you close in on goal so you can select where in the net you’d like to kick the ball, but with the usual hectic energy from inside the box you’d be hard-pressed to find the time to shake, then look at the GamePad and tap where you want to kick – all while a giant net is layered over the top of the gameplay.

Wii U exclusive controls aside, FIFA 13 is proof that the series can and will work great on the new console – it just needs a bigger community right now. The most players I saw online was 28. It told me none of them were in games, none of them were searching for games, and none were waiting for people to join. Not quite sure what that means for the title long-term but I didn’t manage to test how well the game played online because of that. Hopefully as Wii U sales increase (if they increase) we’ll see FIFA 14 get the community the title deserves.