This guide will let you know about the banners in Genshin Impact, and you will also learn what you will get from each banner.

You will get four different Banners in the game when you first start the game, and the first banner you will get is the Beginners Banner. When you complete 20 wishes in this banner, then the banner will disappear. There is a 0.6 percent of chance that you will get a 5-star character with this banner, as shown in the image below.

The second banner you will get in Genshin Impact is the Event banner, this banner unlocks for a specific period, and it changes after every fifteen days. You have to spend all of your premier gems on this banner. There are four characters in this banner, and the best is Keqing, a featured five-star character, and the drop rate for this character is fifty percent.

The other three characters are four-star, they are featured characters, and their drop rate is 50 percent. When you reach 89 wishes in the game, you will get a five-star character on the 90th wish.

The last banner is the Weapon banner, and this banner is not for free; you have to buy it. If you are a new player, you don’t have to buy and use it.

The second banner is the most recommended banner for new players. This banner increases the probability of dropping a 4-star weapon, and when you complete the 80 wishes, it will drop a 5-star weapon, as shown in the image below.

The last banner is the Standard banner, and it is also not free to play; you have to pay for it. Every ten wishes in this banner are guaranteed to include at least one four-stars or higher item. You will get permanent characters from this banner, not promotional characters. 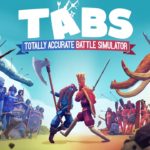 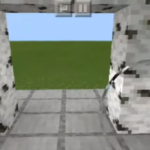 How to Open Two Doors with One Button – Minecraft PE