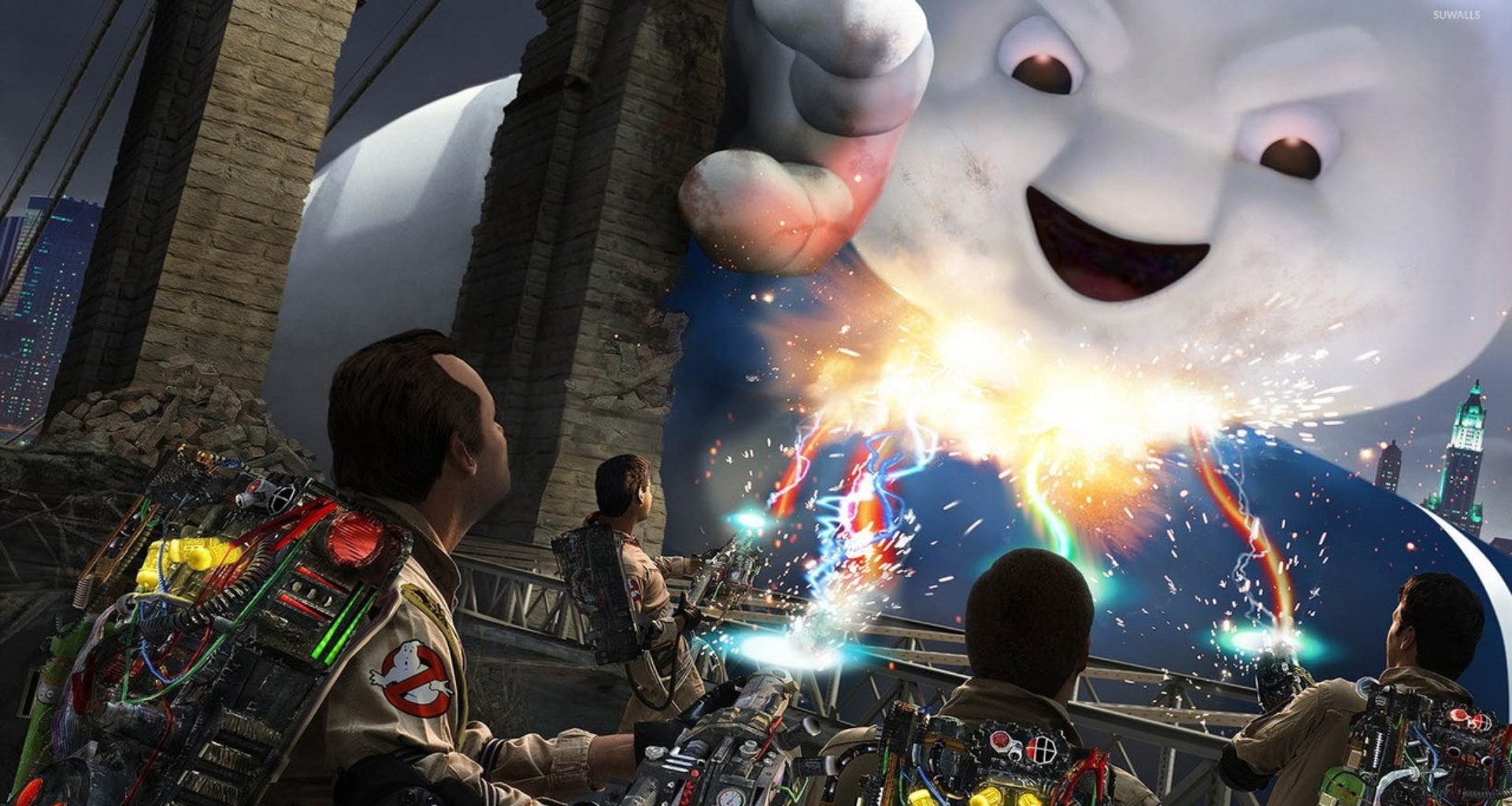 25 years ago, almost to the day, the movie “Ghostbusters” was released in the US. It was pretty seriously successful, as you no doubt know, and has spawned more than a few videogames in the intervening years. Computers and consoles of the day, however, were hardly equipped to bring home the real ghost busting experience audiences craved, restricted instead to some low resolution sprites and plenty of player imagination.

Times have changed – it might be twenty years since the second Ghostbusters movie came out (1989) but there’s talk of a sequel in 2012 and gamers from the 80s have fond memories with cash to burn; the time is right to release a fully realised ghost busting game on today’s powerful systems.

Enter Ghostbusters for 360 and PS3.

Described by Dan Aykroyd (writer / star of the Ghostbusters movies and this game) as “essentially Ghostbusters 3”, the story picks up two years after the end of the second movie. It’s Thanksgiving 1991 and paranormal activity is spiking – it’s up to the player as the new Ghostbuster recruit and his AI-controlled compatriots (all voiced by their real-life actor counterparts) to save the day; even if that means wrecking a few city blocks on the way.

Gameplay is pretty straight forward – players take control of the recruit from an over-the-shoulder perspective, with a pretty close-in camera familiar to players of modern third-person shooters. The goal is simply to navigate each environment, find the ghosts, zap them with your ghost zapping stream before capturing them (in most cases) in a ghost trap. There are also animated / haunted objects to zap, ranging from gargoyles to candelabras, which must simply be nuked until they explode.

Capturing ghosts requires the advance deployment of a trap (you can pop one out by pressing Square at any time but it pays to do so in advance so it’s ready when you need it), followed by the depletion of the ghost’s “health” to a certain point and then the use of the “capture” stream to drag the stunned ghost into position over the trap. They will often struggle when they realize what is going on, however the player has the ability to “Slam” the ghost to take some of the struggle out of it.

The core “ghost busting” component of the game is generally pretty fun and extremely reminiscent of the movies. Typically a ghost “take down” will take place in a large (typically indoors) environment, with loads of reactive objects littering the room. Ghosts blit around all over the place, whilst you and at least one of the AI Ghostbusters rip away at it with their ghostbusting streams. It can get a bit chaotic but, if anything, that adds to the experience and makes it seem more “real”. It can be a little frustrating lining a ghost up with a trap but for the most part this is a side effect of the stress / excitement of the actual event rather than an issue with the game itself.

The level layouts are extremely linear. If you had hoped to navigate environments trying to find where to go, you’ll be disappointed here. Routes through the levels are very strictly prescribed, often with frustratingly low barriers that real-life players would have no problem vaulting – let alone the virtual ghostbusting video game characters they’re in control of. It can be very frustrating walking around low objects that wouldn’t cause problems in reality yet seem to completely stump the supernatural superheroes in Ghostbusters.

Graphically Ghostbusters is pretty disappointing. It looks a lot like a game that started development on a last generation console or at the very least, a last generation engine. Environments are extremely low polygon with low resolution textures and no anti-aliasing, making for a low-resolution swimming mess most of the time. The characters look very good for the most part, particularly Winston, but even they are let down by some pretty lacklustre cut-scenes with awkward animation and clunky behaviour.

The AI in the game can get pretty annoying too, from AI characters that just sit there until you do something you’re not aware you’re supposed to do, to mini-bosses that probably shouldn’t just be running on the spot in the corner, facing the wall, while you zap them in the back. These problems aren’t constant but they’re regular enough that you can’t help but notice them. Physics effects, such as objects reacting to your stream, aren’t constant either. When they happen they’re awesome, yet some objects just completely ignore your influence and break the idea that you’re in a real world.

If you like Ghostbusters and are hankering to participate in all new adventures (written by Dan Aykroyd) with the original team and like the idea of taking direct control of a ghost take-down, Ghostbusters is definitely worth checking out. As a game alone however, ignoring the license, it’s pretty basic. If you’re not a Ghostbusters fan you’re not going to find anything particularly compelling here. As licensed games go, it’s above average – but given that the film series it is based on was last seen at the cinemas over 20 years ago, it’s a bit of disappointment that it still feels a bit rushed. It could have been (and based on pre-release media, seemed to be) so much better.