This guide will provide you with the details of all the Grand Theft Auto protagonist’s personal cars & how they got them.

Later at the airport, he gives Claude the key to his lockup. Finally, he texted “take care of my bulletproof patriot”.

However, Claude was also seen in a mission of GTA SA, you can see Claude here tuning his ZR350 car.

In mission All Hands on Deck! Cortez gave Tommy his boat. However, the boat he got is white instead of the red, original red boat during the mission.

There are other vehicles spawning in his mansion, but the game never claims them to be his personal.

Carl got this car during mission Cesar Vialpando, Car is given to Cj by this guy who owes Sweet a big time. Cj can choose to mod this car and the car can be saved after the mission.

This car was introduced in mission Jizzy, Later in the mission, Jizzy told Carl to keep/dump the car.

It was seen in Mission Snuff owned by a Sindacco member, JD owed money to Toni, and he gave his car to him.

In mission Cipriani’s Chauffeur, Toni collects this car from Joey. This car might be provided by the mafia (Toni is a member).

It’s still a mystery who gave this car to Vic. In the mission, Vic gets kicked out of the army, and the car is lost forever.

In mission No. 1 Brucie’s Banshee was not starting, he decided to borrow steve’s comet Later Bruce gave this comet to Niko

Niko will get a call from Bernie about a car. Technically, the car is from Bryce as he gifted it to Bernie.

Buzzard is available after the final mission departure time. From Yusuf’s text, it seems Luiz can borrow it, not own it.

After that, Michael rented a premier for some time. Later in the mission,  Monkey Business, the tailgater returned with upgrades.

De danta’s also has 2 other cars

This beat got stolen during the mission Father/son.

Michael can get this tractor on a mission unknowing the truth. If Michael chooses not to kill cult members he’ll get a gift and if Michael kills them he’ll get $2M so the tractor does cost him a lot.

This frogger was provided by FIB in mission Three’s company. After the mission, Trevor kept it and gave it a personal touch. After ending B & C, Trevor also gets a Hot Rod Blazer.

Bagger first appeared in Mission repossession, This Bike originally belongs to Esteban Jumenez of vagos Gang, Later Lamar took the bike for himself A mission Later Lamar Texted Frandkin & Gave him the bike, and speaking online, Franklin’s Buffalo STX can be seen in the agency. 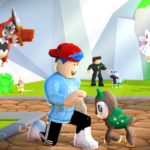 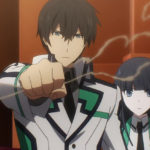