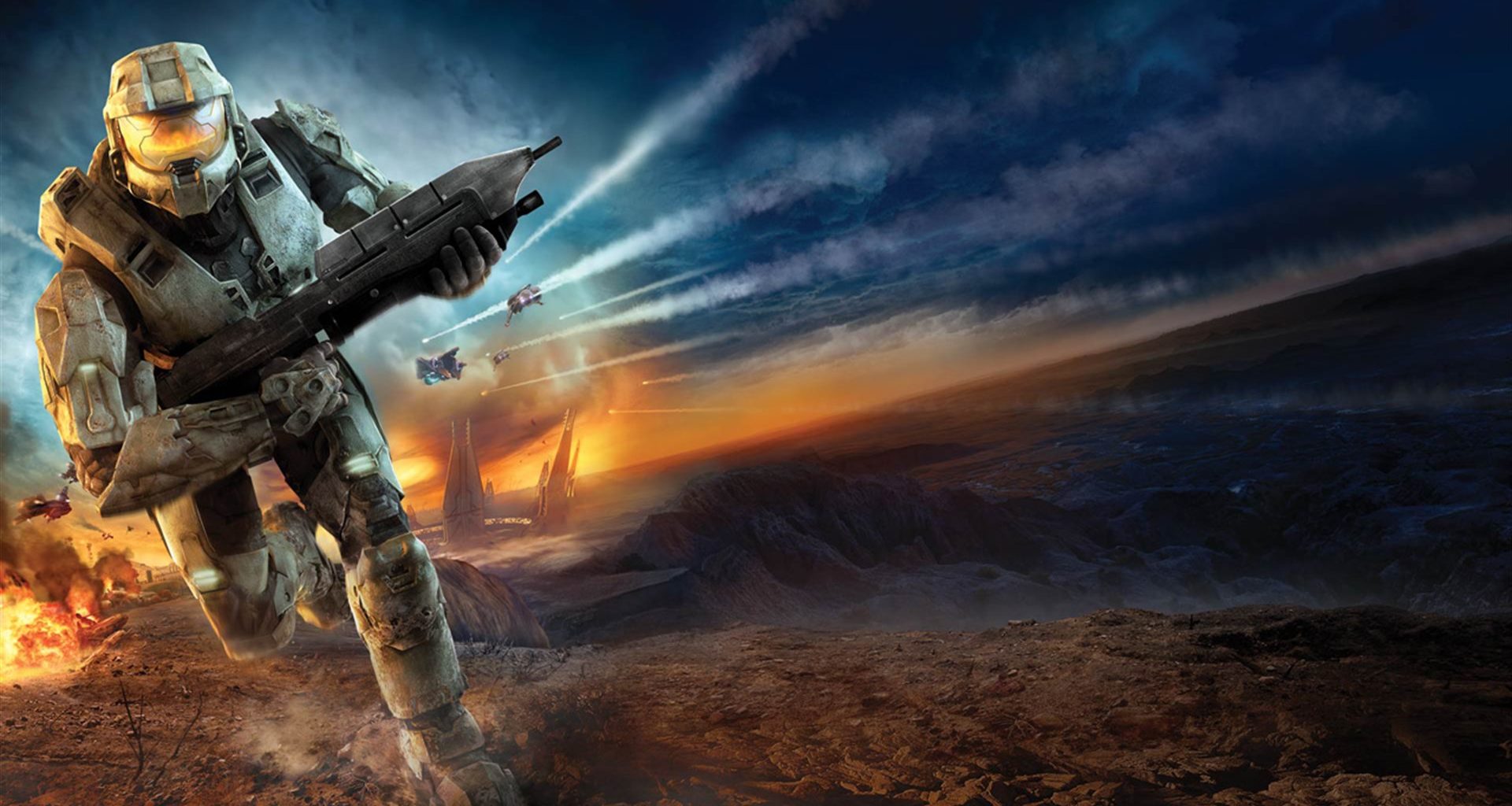 Halo is popular: ridiculously popular. With the exception of iconoclastic naysayers who accuse anyone who likes fun of being a Ritalin-popping simpleton, people like Halo. And with the series racking up sales of 14.8 million units and with Halo 2 shattering the entertainment industry record at the time for sales in 24 hours, Halo 3 has a lot to live up to. A massive marketing campaign complete with crossover promotion can only set expectations even higher.

It’s a good job then that Halo 3 lives up to the hype and then some.

There is a reason why Halo is popular. It has something that helps it to stand out in a crowd, especially in the saturated genre of first-person shooters. Halo is epic. No other franchise in history has ever succeeded in giving the player such a sense of puissance and vigour.Advertisement

Halo is popular because it doesn’t have moments, but events. Experiences that tickle the soul, sending shivers down the spine. Experiences, both single-player and multiplayer, that can be shared with friends in an excited oh-and-remember-when way that no other game achieves.

The frantic escape from the Pillar of Autumn’s self-destruction in Halo: Combat Evolved. The first assault on the Scarab tank or the first experience of a Banshee dogfight in Halo 2. Halo 3 takes those epic moments and multiplies them by ten.

Spoiling these events would be cruel and unfair, the joy of Halo 3 coming from the shock and awe that accompanies each virgin play-through. Yet rest assured that Halo 3 empowers the way no other game can. The sense of scale, the sense of immortality amongst the chaos, all while the most moving soundtrack is augmenting your progress in beautiful high definition.

Indeed, the presentation of Halo is just as important as its ability to capture an intergalactic conflict. From the front-end menus to the beautiful high definition graphics, the atmospheric music to the perfect sound effects and charming dialogue, Halo 3 just feels like a next-generation game. The level design is intelligent and natural, and the pacing of the game is flawless. Everything has been polished and sent out of the door with nothing but love.

One particular aspect of the single-player campaign that impresses is the way that the various difficulty settings alter the experience. No longer do Heroic and Legendary mean that enemies are simply more organised and harder to kill. Yes, the improved AI certainly proves itself worthy of the term intelligent on these difficulties, but Halo 3 also removes paths and opportunities that are presented in the easier difficulty settings. Ultimately, playing through Halo on each difficulty is a fresh experience, meaning that even once the single-player campaign is completed, there is plenty incentive to return.

Another way that Halo 3 impresses is by one-upping its predecessors in terms of one of the more popular components: cooperative multiplayer. Rather than offer two people the ability to play through the campaign with the second player being a carbon copy of Master Chief (who is supposedly the last active Spartan), Halo 3 offers four players the ability to play through the campaign, each as a unique and individual character.

Also included in the presentation are unlockable secrets. This includes the 49 achievements for various tasks that range from the obvious to the obscure. Also included are sets of armour that can be used to customise a personal Spartan warrior for use in multiplayer.

Mutliplayer itself represents another reason why Halo is so popular. Like the single-player campaign, multiplayer provides an experience that feels epic. From the use of various vehicles to the numerous gameplay modes, Halo 3 always makes a multiplayer match feel like a skirmish, not a scuffle.

An evolution from what has been seen in Halo: Combat Evolved, Halo 2, and even the Halo 3 Beta, the multiplayer offers a balanced, fleshed-out affair that brings more enjoyment than ever before.

Some tweaks have been made to the control scheme, and while these definitely affect the single-player campaign, they are more evident in multiplayer. No longer does the X button reload weaponry; instead it now deploys various equipment, both aggressive and supportive.

Reloading has been switched to the right bumper button, and when dual-wielding weaponry, the left bumper button is used to reload the left-hand weapon. This means that with clever timing the frantic panic that accompanies the sound of an empty chamber at the very moment a final bullet would have ended an opponent can be completely avoided.

However, in order to avoid any one weapon or combination of weapons becoming too powerful, Bungie has spent countless hours balancing everything to perfection. Even spawning with the default weapon does not put players at any disadvantage provided their strategy is sound.

Not only have the weapons been tweaked and balanced, but so too have the vehicles. The Banshee, which suffered from being nothing more than a glorified transport at times, now has the ability to launch missiles that were absent from Halo 2’s multiplayer. The chaingun has also been removed from the Scorpion tank, meaning that every shell matters more than ever.

Although the variety of maps and modes would satisfy, Bungie has also included a new mode known as the Forge. Essentially a mode that grants the ability to tinker with the various maps and save them for later use, the Forge also allows players to engage in some combat while using the Forge.

The result is pure, unfiltered chaos that makes 16-player Rocketball on Beaver Creek look like a tame afternoon picnic at a nursing home. In theory, providing the player has the funds, they can simply drop into edit mode, place a tank in front of them and then drop out, climb into the new toy and start raining death and destruction. That is, of course, until another player blows up the tank with the missile pod they’ve just spawned in front of them.

Bungie have also included a mode that allows players to save videos of recently played matches. Not only will this allow players to share secrets and tactics, but it will also allow for hilarious moments to be captured, savoured, and shared in a Halo’s Funniest Home Videos kind of way. If Bungie wanted to foster the Halo community even further, it has definitely implemented the necessary tools.

With an epic and brilliantly polished single-player campaign and a multiplayer component overflowing with features, Halo 3 represents the best value in video games. No other game offers you more value for every dollar. However, Halo 3 also represents something more: the end of the Halo series.

And what an ending it is. Halo 3 captures, inspires, and enthrals; every moment is a joy to play. It’s not perfect – no game is – but it’s as close to it as possible. Halo 3 is the bastion of video games, a blissful reminder of why we play, and a firm reminder that things were not always better in eras past. Most of all, it is the crowning achievement in the Halo series and a fitting coda for what has arguably been the biggest franchise of the last decade.

Halo 3 is essential. An Xbox 360 without a copy of the game is like a human without a heart. Indeed, it is a game that demands purchasing an Xbox 360, and no doubt it will sell many. However, more important than the number of consoles it sells is the fact that Halo 3 leaves the video game industry with a final, glorious, and near-perfect event.