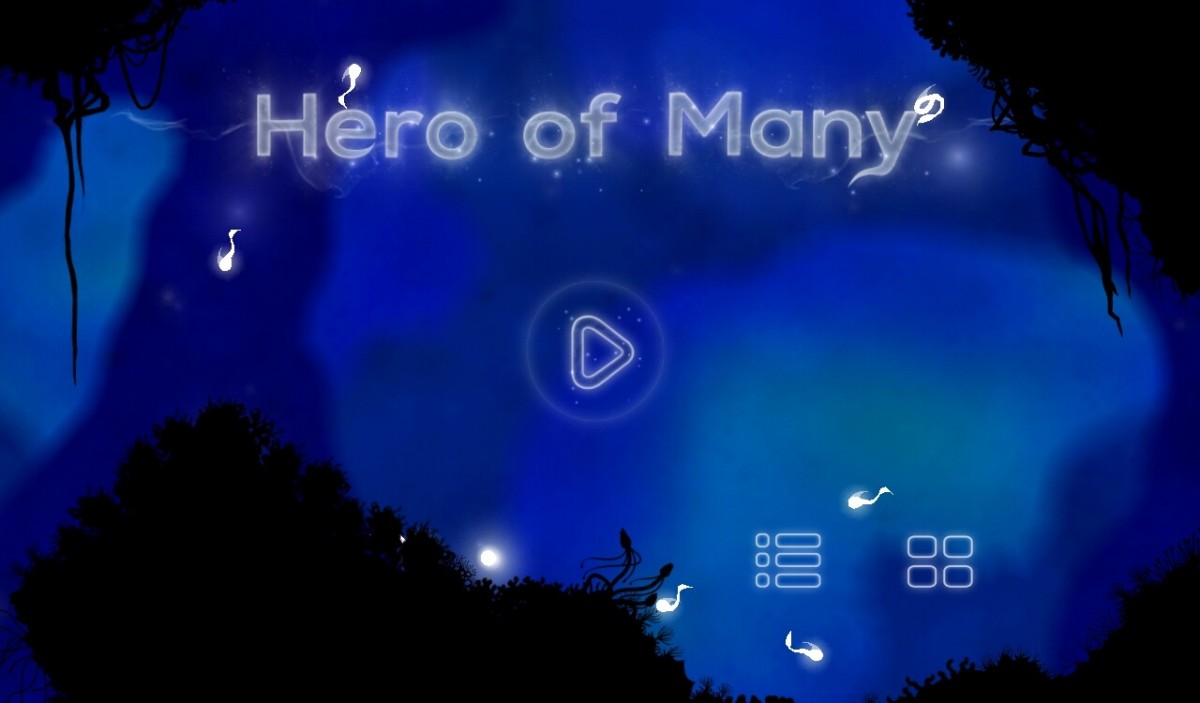 Hero of Many Review

With the focus on indie developers in the App Store, iOS games frequently excel at creating new and unusual experiences that take familiar concepts and throw new, touch-based twists in. Hero of Many is a perfect example. It’s an evocative and moody game, a focused study on atmosphere and style over traditional gameplay. That’s not to say Hero isn’t an actual game, but this is clearly an exercise in creating a strangely mysterious and more relaxed play experience than traditional games.

The nutshell summation of Hero of Many is that it combines Limbo with the PlayStation 3 indie classic Flow, into a cavernous exploration game. I’m not sure what the story is here, or what the player is actually controlling– it’s a little glowing ball that sucks up other glowing balls and gets fishlike things to follow it and protect it.

It might be an aquatic journey through dark undersea caves. It could be aliens on a dark, distant planet. It could be some weird metaphor for the Human reproductive system. As it turns out, the plot isn’t that important. At the beginning, you’re shown that your glowing orb and its gang of things are attacked by dark and presumably evil versions of the same critters, leaving the orb trapped and friendless.

To progress through the caverns, the orb must suck up more energy, find more of the fish creatures, move rocks, and navigate other obstacles to reach each level’s goal. Combat is a low-key automatic affair– when the orb’s fishy friends are close enough to their evil counterparts, they mob them until one group or the other is dispatched.

The game is controlled almost entirely by tapping where you want the orb to go. A swipe motion in the right direction can get them to rush, but largely the game has a slow and meandering pace. If the relaxation-action game was a genre, Hero of Many would be its poster release.

The graphics are largely black and white, with terrific animations. The audio work is superb with an evocative score and minimal ambient noises. This focus on dark, alien atmospherics gives the game an immersive, mysterious feel. The concept of being in an alien landscape is further compounded by the lack of any major instruction or overdone narrative. Hero of Many basically lets the player discover and enjoy the 26 levels at their own pace.

Hero of Many is a beautifully strange, somewhat atypical and experimental game. It’s got plenty of gameplay, though it isn’t especially long. There’s little in the way of story or even major goals beyond gathering friends and orbs and finding the exit. Yet, the minimal sense of design combines with a simple aesthetic to make this an involving and strange exploration.