Dota 2 is a multiplayer online battle arena game that was released in 2013. The world of Dota 2 consists of two teams, which have to compete for victory. Construct a team of five players and try your best to defend your base from the opponent team, while destroying their structures. The game features a total of 123 characters that comes with unique skills and abilities. The most powerful ability for each hero is known as their “ultimate”. You can collect different items and experiences that will help to beat the opponents. You can play Dota 2 on Windows, Linux, and OS X.

If you are interested in appearing offline in Dota 2, this guide will give you some steps to take. Dota 2 relies on social aspects but there are players who don’t want to be seen online.

How to appear offline?

Follow the steps below to appear offline in Dota 2:

You will need to open your Steam desktop launcher on your computer, then log in to your Steam account and navigate to the main page. After that, go to the top menu, click on the “Friends” tab and then go to the drop-down menu under the “Friends” tab. You have to select the “Invisible” option to change your preference. Now you will appear offline. 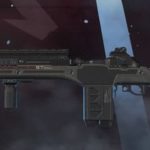 All Marksman Weapons in Apex Legends
Next Article 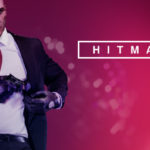