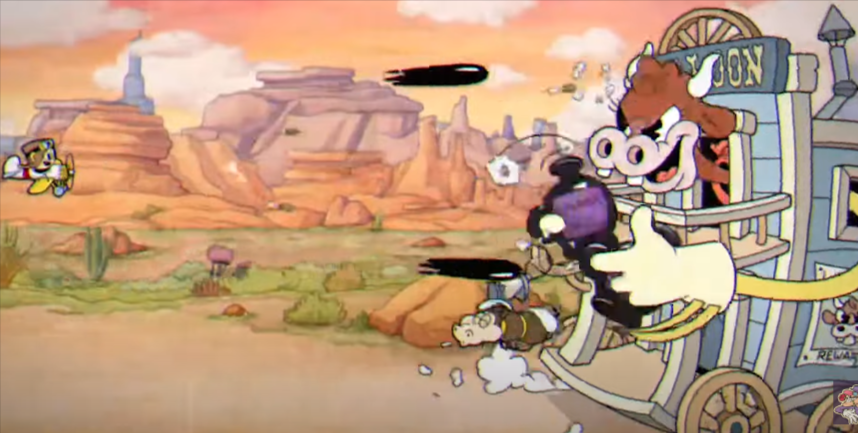 This guide will show you how to beat Sheriff Winchester in Cuphead The Delicious Last Course.

You should play with Chalice because she is extremely overpowered and her weapons are very suitable for airplane missions.

You must try to stay in the middle of the screen with your triple bullets so that you can hit all three bullets at Sherrif. If she tries to be near the bottom of the screen, you can use bombs to pin her in the head.

A double snake oil pistol is her main attack, it’s like a boomerang. They move forth and then backward, so to avoid it, you need to stay on the left side of the screen while staying at level with the sheriff’s head. You’ll always be in between the center of the two bullets.

Massive lasso is Sheriff’s other heavy attack as she throws a rope and pulls out a giant cactus that can hurt you. You have to avoid it and change position, do not wait too long as the cactus comes out faster than you can expect.

Also at the same time, you should be mindful of the two minions shooting garbage at you. The first one is a horse in the shape of a fly.

So this minion moves toward you on the left side of the screen and pops out a cactus toward you. You have to avoid it.

You can also shoot him out as soon as it comes towards you.

The next minion is the vulture which drops the TNT on you and it will explode in two different stages.

The best strategy is to try to stay at the top middle or top left of the screen to avoid snake oil fire and simultaneously stay at the level of the sheriff’s head.

In her second phase, she pulls out her vacuum cleaner and sucks the environment around her. But you don’t have to worry, just stay at the center of the screen so that all of your bullets hit her.

After a short while, she will take out a mouth gun type of weapon which will shoot out heavy lockers and coins rolling out of them. You have to avoid it and as soon as lockers hit the ground, they will shoot a missile that will lock onto you, so also beware of that.

The best strategy in this phase is to try to be on the left side of the screen.

When you are near to being sucked in by the vacuum, it is the best time to use the super if it’s ready.

In the next phase, she will turn into a sausage.

In this phase, she will shoot bean cans that extend a line vertically blocking the screen along the way. She will also shoot a meat piece that moves in a circular motion, so you must try to avoid them while staying at the level of the Sheriff to keep hitting her.

In the final stage, she will become a can of sausages. So if you have a super ready, initiate it as it is the best time because no other projectiles are going to be around now.

This phase is easy, there will be two sausage ropes with gaps in between, you should try to move around the gaps while avoiding the projectile bell peppers around you. There are also some pink bell peppers that can enable you to have a super to initially try to collect them.

So in a short while, the Sheriff will be over. 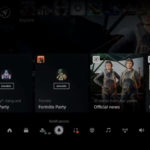 How to Block Messages on PS5
Next Article 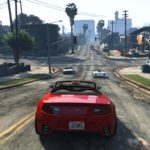 How to Install Kawasaki zx6r 636 Bike Mod in GTA 5