This guide will show you how to do Ouroboros Orders in Chain Attacks in Xenoblade Chronicles 3.

There are two ways of doing chain attacks in Xenoblade Chronicles 3. The first is to raise your interlink level and you can see that in the bottom left of your screen.

You can raise your interlink level with the fusion arts by using your both charged-up abilities at the same time. If you successfully raise your interlink level up to 3, then you’ll be able to transform into your Ouroboros form. You can initiate a chain attack that will allow you to start with an auto boris attack and then end the chain attack. You can use it in boss fights because it takes a lot of time to get the interlink level up to 3.  You have to chain the two pairs together, you will have  Noah and Mio and Uni and Taeyeon and Lance and Cena.

You will need to give one of them the order, select their attacks at the beginning and attack other people to fulfill the order.

As long as there are two people from the transformation have a go at the same time in the same attack order and the order is completed, they will eventually be able to transform into the Oroboros form to get an Orborus chain attack. 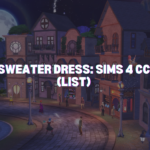 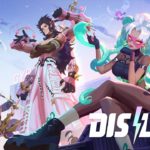