In this guide, you will come to know how to form a Kingdom in Mount & Blade II Bannerlord. There are several main story quests that you must complete before founding your very own Kingdom.

First, you have to complete ten Nobles Quest so that you can have all ten nobles. After getting all the ten nobles, you have to recreate the dragon banner, and you will get options whether you want to restore or destroy the empire. You have to choose to get the next objective which will help you to create a kingdom.

The objectives are not too hard. The first thing you need to do is upgrade your clan, and gather 100 troops. You will also need to own a settlement. After completing that, you have to complete all of the objects; you have to go back to the person who gave you the quest, as shown in the image below.

After getting there, you have to speak to her and let her know that you are ready to create your own Kingdom and you are ready to rule your kingdom. Then she will tell you to spread the word in the area and get your Kingdom. It will give you different diplomacy options as well as different factions, and it will allow you to talk to people before fighting and convenience them to join you by telling them that their Lord is not good.

Once they are convinced, they will join your faction as a clan, which means you have another clan that will help you build up the troops.

After getting the Kingdom, you have to spread the word more and more so that people will know and join your clan. If you restore the empire, then you have to own two-thirds of non-empire territory. 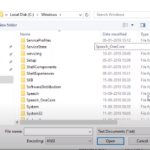 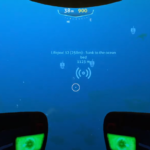 Where to Find Bulb Bush Samples in Subnautica