In this guide we will be explaining how to get the “???” Badge and how to Unlock cyber plane in the MAD CITY Roblox.

The first thing you will need to do is to get a plane, take off and land near the red house located at the bank of the sea.

Upon entering the house, move upstairs and Press E on the Ruler.

Then enter the Secret Basement that is behind the Bookshelf. 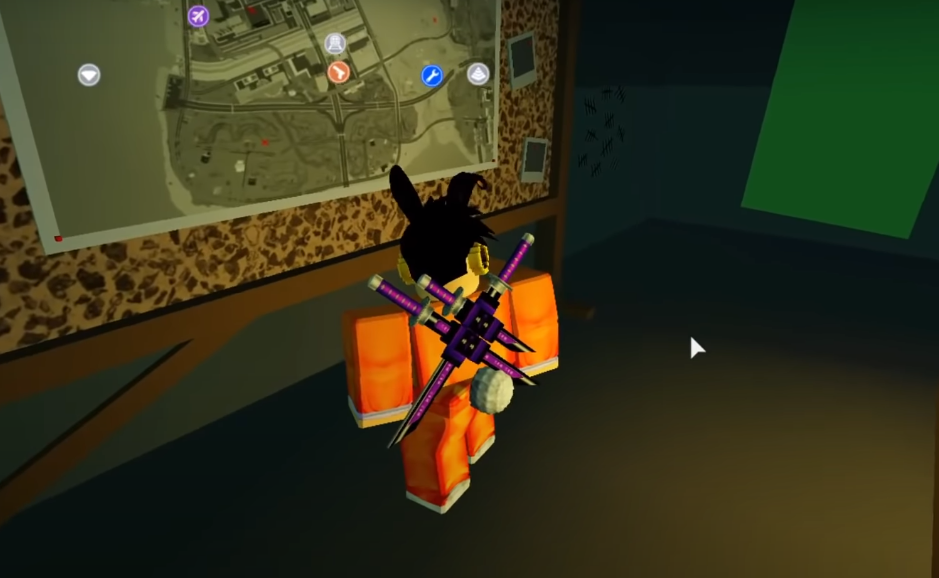 Now you’ll need to Get 3 Parts for a Shovel. The Method of getting the 3 Parts is quite difficult.

Basically, there are 7 Spots around the Map. ONLY 3 of these Spots contain the 3 Parts of the Shovel. 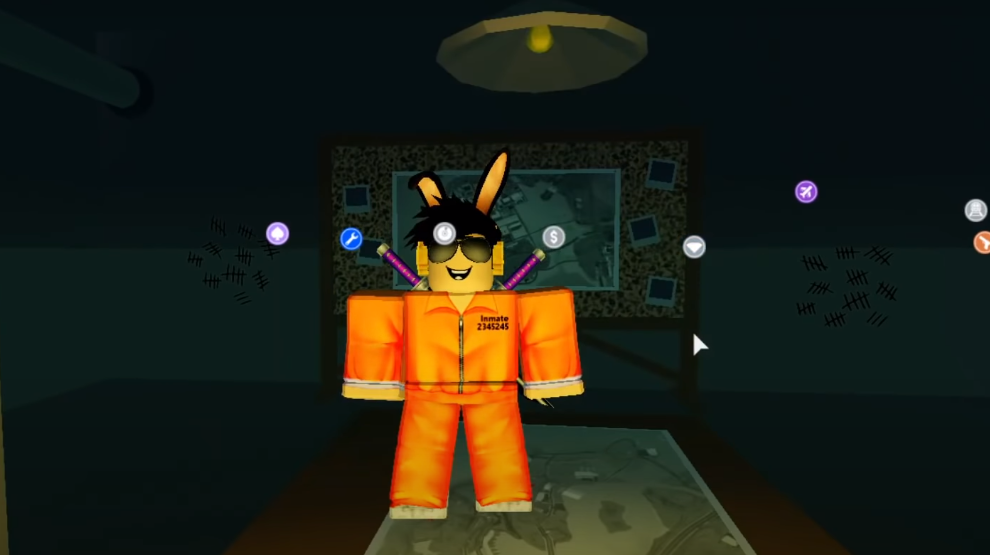 Out of the 7 Spots, you’ll only get 3 Parts from only 3 Spots. You will see the location of every spot and what you need to do to get the parts.Also these Parts are random, meaning that you might have to checkout.

All 7 Spots in order to get the 3 Parts. Each Spot has a Code that you need to Enter in the Chat to get a Special Airdrop that’ll fall from the Sky. It contains a Part of the Shovel.

First Spot- Near the Red House. After the Crate drops, Press and Hold E to get One of Three Parts for the Shovel.

Now Head back to the Basement and Place the Part on the Table. And then you’ll need to get the other Two Parts by going to the remaining Spots. 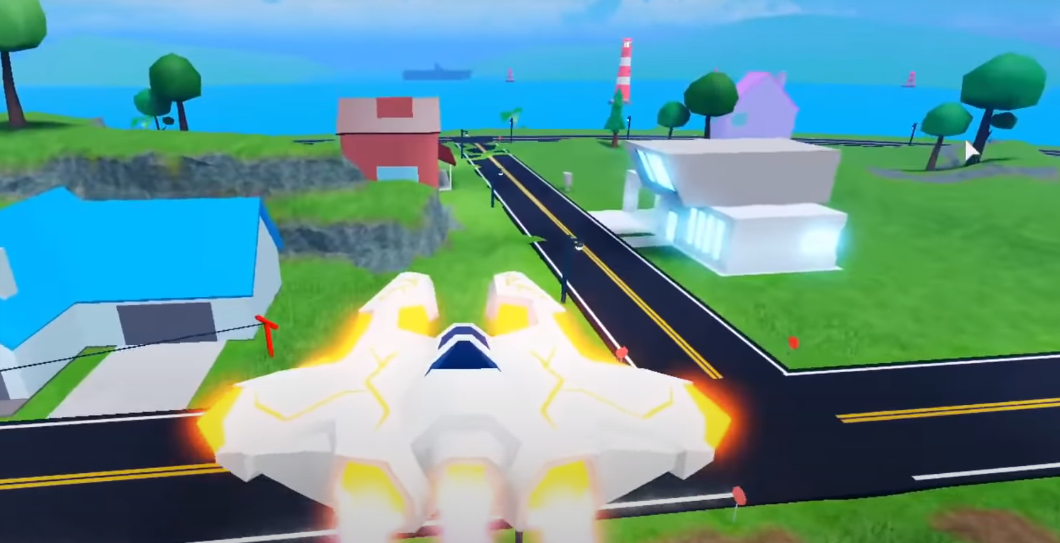 Second Spot – Near the Nightclub 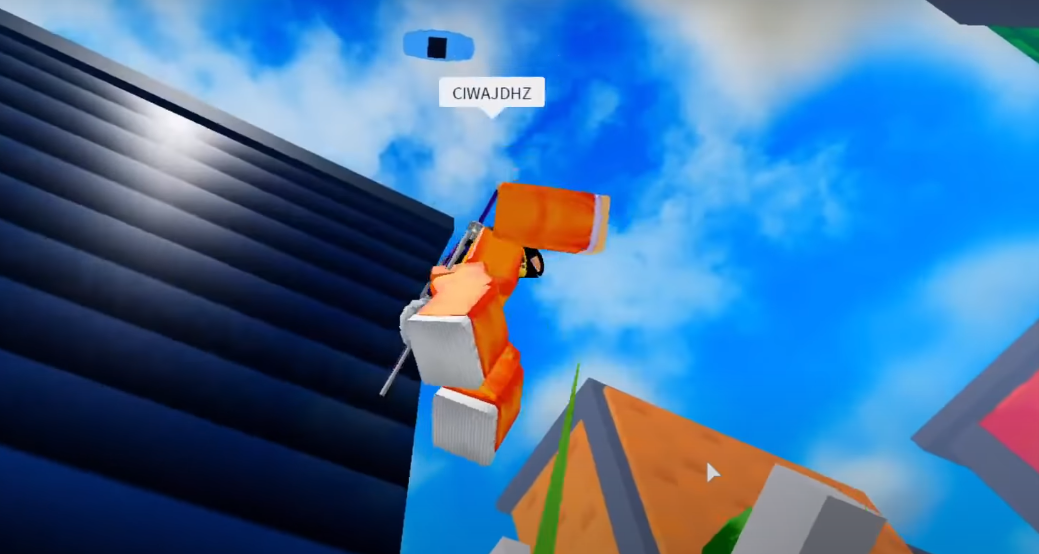 Third Spot – Near the Pyramid

4 out of 3 Spots will not have Airdrops coming from Above, in this case, the Pyramid didn’t have one. 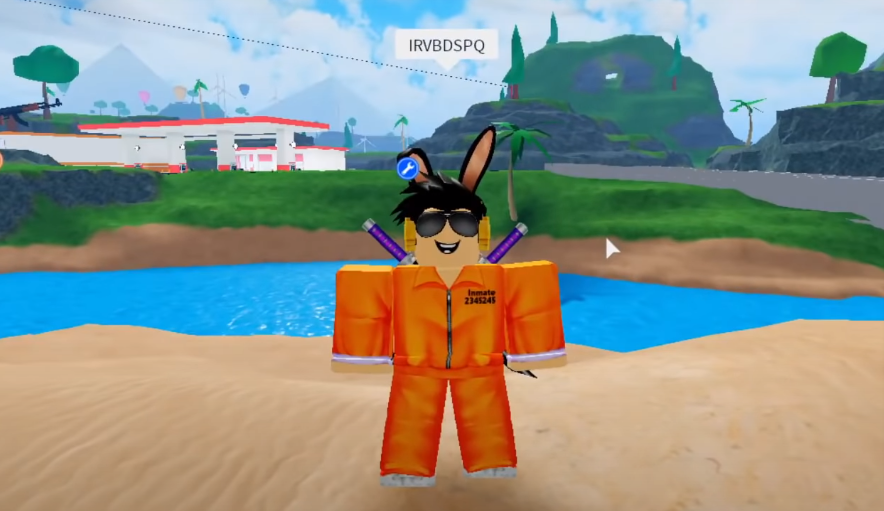 However, you must check every spot so that you don’t miss anything because the Airdrops are random for everyone and not at the Same Spot.

Fourth Spot – Behind the Pier. (Where 3 Windmills are)

Fifth Spot – Behind the First House Found behind the Jewelry Store. 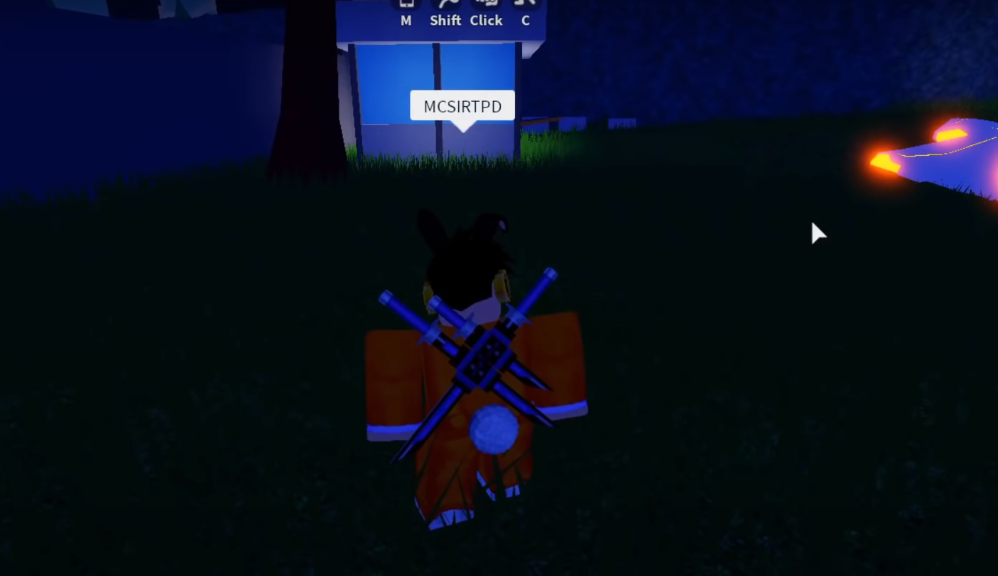 Seventh Spot – On this Mountain, 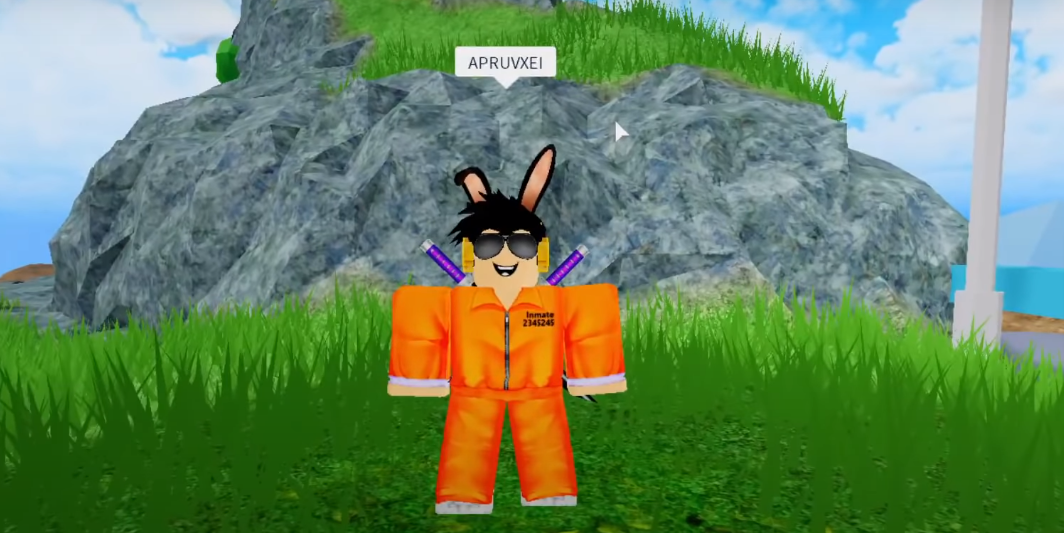 After getting the Final Part, Head back to the Basement and Put it on the Table to Craft the Shovel.

Now Grab the Shovel. After doing so, check the Map and you’ll see a Pin on a Certain Part of the Map. 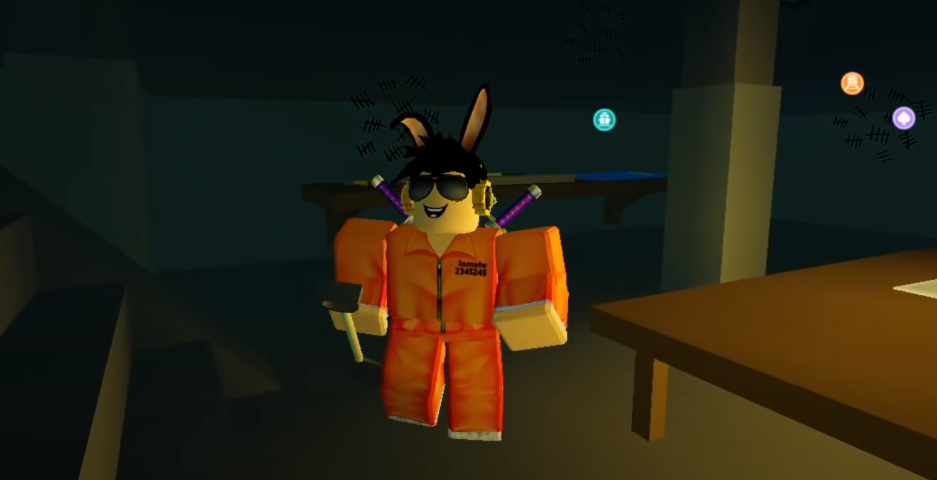 Wherever your Pin is, you need to go to that Spot. After you find the Spot where the Pin pointed to, Use the Shovel to Dig out the Fuse.

Now go back to the Basement and press E on this Wall to open a Secret Area.

Put the Fuse in the Control Panel and you’ll see a Message on the White Screen.

After doing so, you’ll need to get 3 Teleporter Parts.

To get the 3 Parts, you’ll need to go to The Bank, Casino and Pyramid. But there’s a Catch to it. You need to go to them in a Certain Order.

The Control Panel has a White screen which gives you a message. In this case, the Message talked about “wealth”, which made me go to the Bank.

In the Vault, there will be a Teleporter Part. Get the Part and go back to the Secret Area.

After putting the Teleporter Part, the Control Panel screen will have a New Message. If it talks about “Riches” and “Thrills”, then go to the Nightclub. 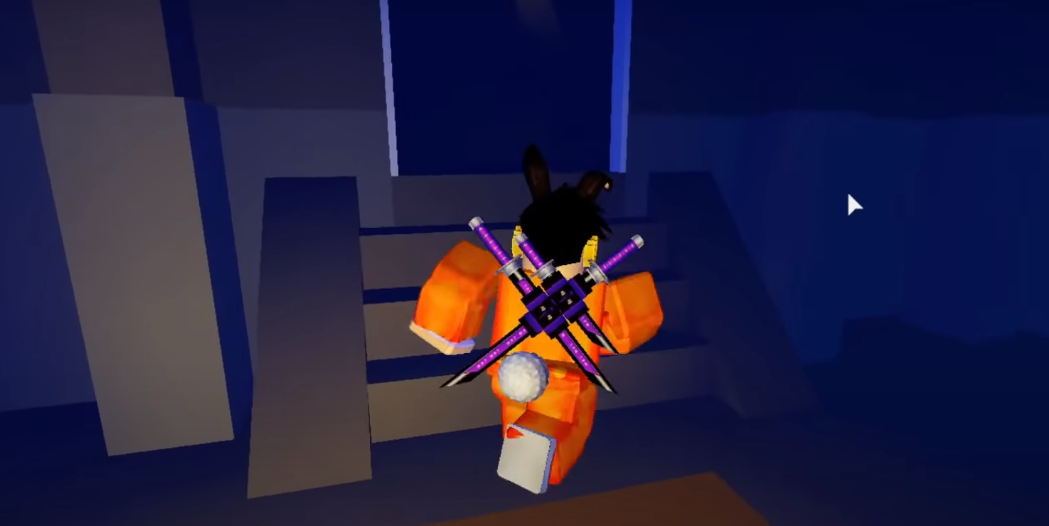 The Teleporter Part is in the Vault.

After getting the Teleporter Part, go back to the Secret Area. 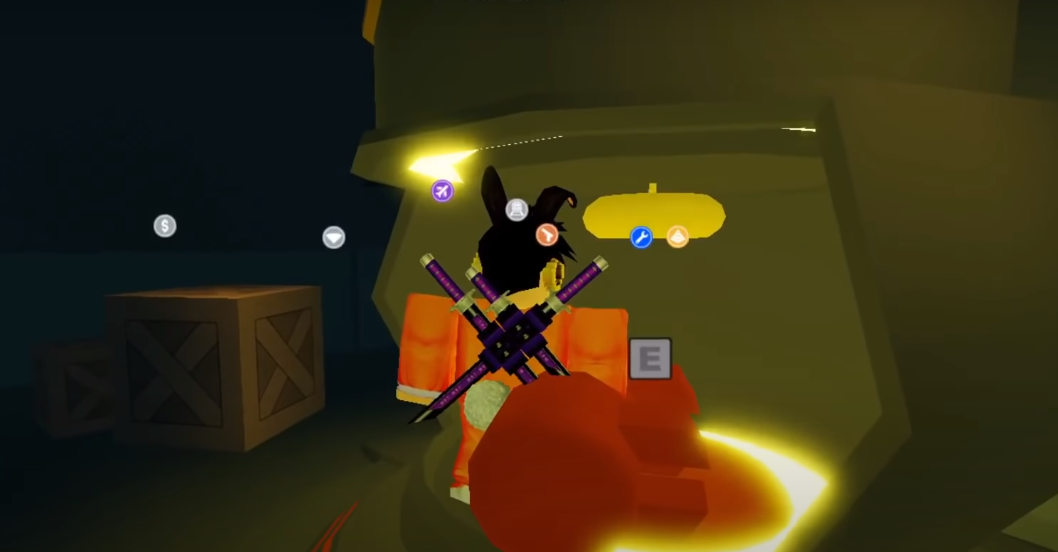 After putting the Teleporter Part, the Screen will update with a New Message. If it talks about “Centuries:” and “Value”, then go to the Pyramid.

The Teleporter Part is at the end in the Gold Room. Take the Part and go back to the Secret Area. 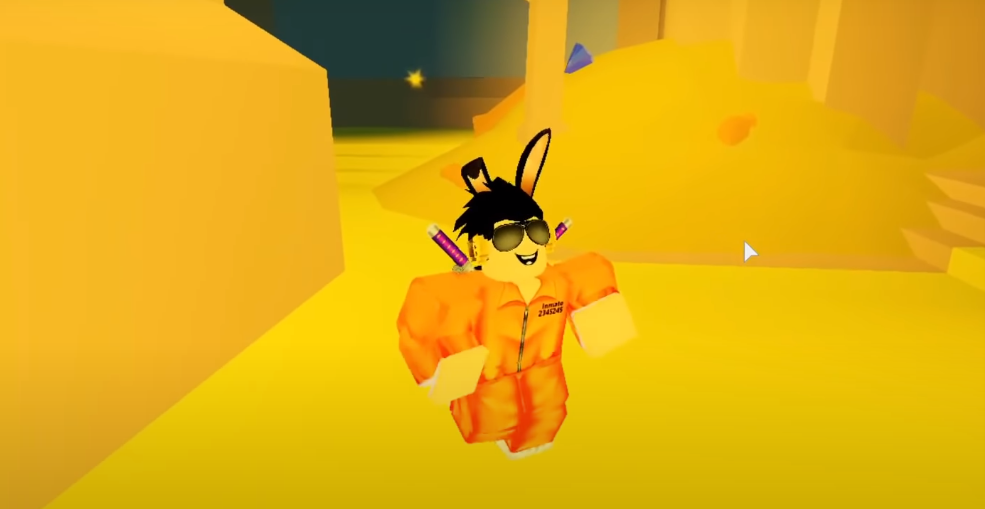 After Placing All 3 Teleporter Parts, The Screen will tell you to say a Phrase in the Chat. 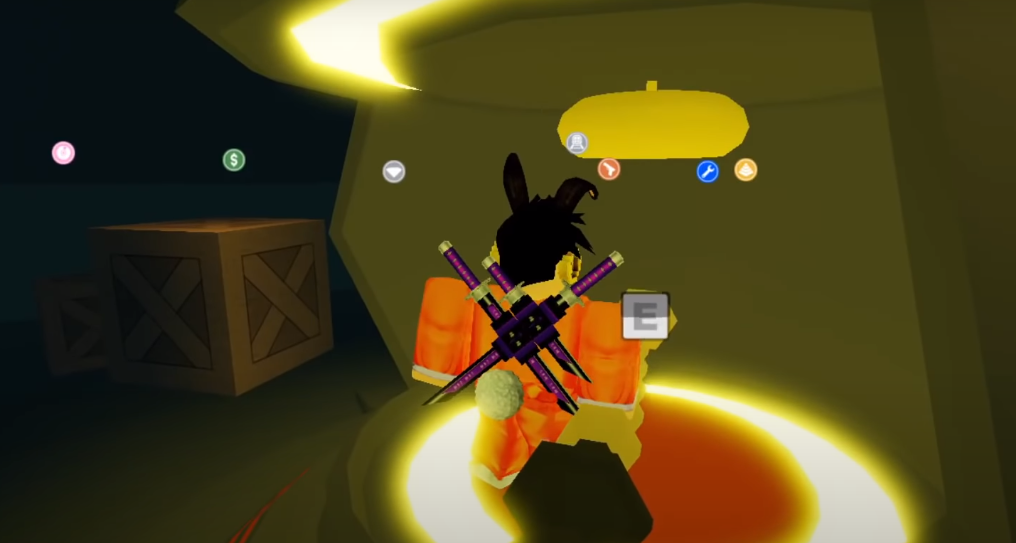 Get in the Teleporter and say the Phrase “T3L3P0RT” to get Teleported to another Game. 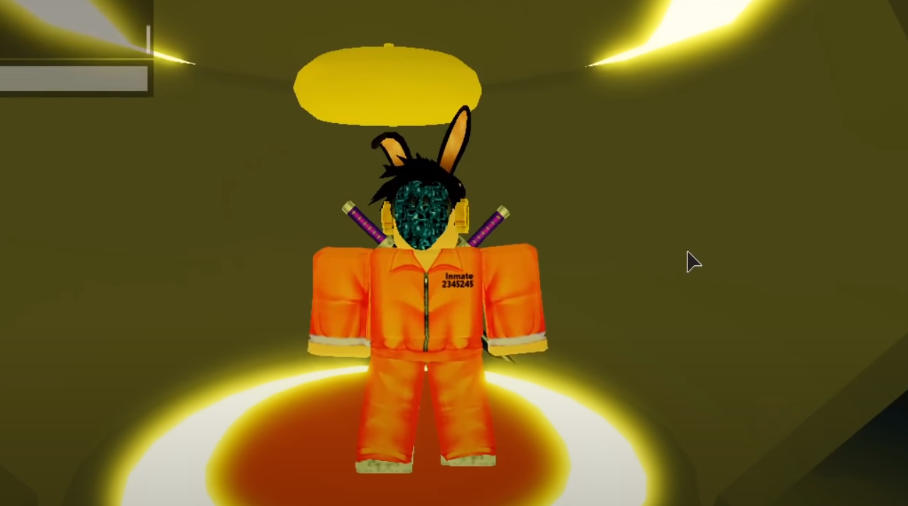 After getting Teleported, You’ll need to do the Correct Combination for the Pillars. 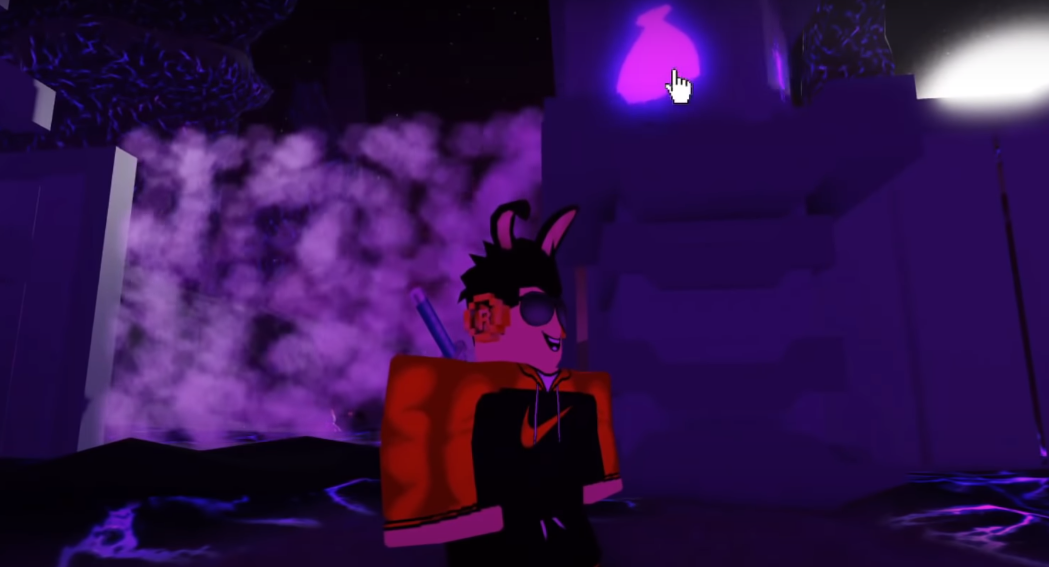 After the Combination is entered, you’ll get the Badge. Walk Forward to get a Special Cutscene. Let’s move on to the Animated Star Skin. The Animated Stars Skin is pretty cool looking for an Animated Skin that you can get without Leveling Up!

Sadly, only the first 100 people who got the secret badge were able to get the Cyber Plane. Here’s the Cyber Plane and it’s Pretty Big, has more speed than other Planes and its Rockets go Faster than any other Plane.