How To Go To Second Sea In King Legacy

In this brief guide you will get to know the way to go to the second sea in King Legacy.

To reach the second sea you have to do a quest.

Make your way to marineford and go behind this big tower, and there will be the NPC named traveller, talk to him and he will give you a quest.

In that quest, he will tell you to find the map but the map is not hidden. To get the map, go to fishman island and defeat the fishman boss.

Now go back to marineford and return him the map.

Now talk again and he will say we can talk to an elite pirate which is gold roger.

Now come to spawn island and go behind the big building behind the smoky boss. There is a secret entrance near the green NPC. 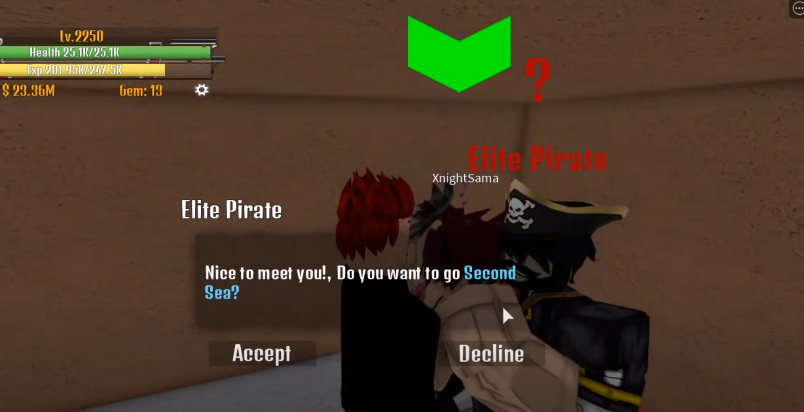 Let’s move on to the second sea.

Here you are at the second sea! AKA the land of WANO!