This guide will let you know how to hunt a new MVP in Ragnarok M Eternal Love.

First of all, you have to note that all mobs after the EPS map had 150% defense (including mob, mini, MVP, Revenant MVP…).

You will need 150% to ignore defense to deal full damage. But at the moment, 100%+ignore def should be more than enough. The critical damage will ignore 150% defense and deal full damage, so the Agi Crit SinX/Battle Priest/ADL is quite popular at EP5+.

– Use Deluge or Frost Nova to stop them.

Wolf Grandma can strip EQ and reflect all damage. So killing with poison smoke with a Priest +Safety wall is the most stable way.

Or using Lex+Tetra Vortex/Hell Gate, Hit & away, then using Warp Patrol to return and repeat.

Lastly, the common way, if you have 1-3 Priest faiths, pray you away from the screen (15m). Or you can use a complete faith pray trick for hunting down.

For Warlock, if you can’t kill with 1-Hit, cast a white barrier immediately after Tetra Vortex, and another MS should settle it.

Another option is Wall of Fog from Sorcerer Rüne skill. It can blind enemies & block attacks; making 530 flee is enough to hunt.

Similar to LoD, but Murderer can summon minions. So you will need field control skills against him (or Wipe out his Minions ASAP).

One mistake would lead to failure. You must:

Open a chat room and avoid getting out of this circle, or else.

Unlimited stun + knockback are awaiting you. However, if you have 569+ flee, you are ready to solo it. If not, you must have a priest light shield + KY, wall of fog if got.

Most poor and annoying and wasting time. No purple mats, no good EQ drop.

He non-stop summons minions that drain SP(fast). So you need to clear the mob ASAP or use Deluge to freeze it.

How to install the Hidden Packages mod in Cyberpunk 2077

How to install the System-EX mod in Cyberpunk 2077

How to install the Stubble Remover mod in Cyberpunk 2077 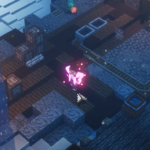 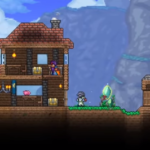 How to Get and use Pylons – Terraria 1.4