In this guide, you will learn how to farm XP and how to farm character points. It’s pretty easy and fun to do.

So first, you have to make sure that you have 2x XP when you’re going to do this to make it even faster. You don’t need to use it, but it will be way faster to get XP and points.

And the second step is only to play other pf because you’ll be able to use your gold well, at least in this case. The third step is to play against the strongest team, a robot controls the enemy’s players. So they most likely won’t be that hard to go against, even if they are a 20k team.

Take advantage of each prize fight’s modifiers to set the perfect defence team.

Fighters of the same type and Element got bonus XP when powering up. 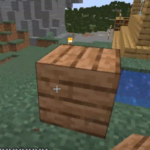 How To Make Jungle Planks