There are many ways to make your Sims level up skills faster in Sims 4. This guide will teach you how to maximize your Sims’ skill gain.

You won’t believe how fast you can make it go. Unfortunately, the most powerful methods are all from different packs, so that most players won’t do this perfectly.

Let’s start with the ones from the base game.

There are two helpful bonus traits from aspirations: the quick learner trait (from knowledge aspirations).

And the other one is the Muser trait (from Creativity aspirations). A quick learner is probably the better option in most cases.

Some regular personality traits may help too, but they only give helpful emotional moodlets; sometimes, the traits themselves don’t increase skill gain.

The likes and dislikes affect skill gain. Here’s an experiment.

It is their progress after the same amount of time.

These are all the Lot Traits (available with the base game) that increase skill gain.

Having the Sim in an appropriate mood for the skill will also boost the gain, which you can see by the color of the progress bar.

If your Sim (as a child) completed aspirations, they would have gotten these reward traits. These boost skill gain in their respective categories.

If your Sim has children, the vicarious aspiration reward trait (and the Matriarch/Patriarch one, if you want the child to gain extra skill too) are good to have.

Now for the methods that come from packs.

Having a tiny or micro home is probably the most powerful buff to skill gain you can have; it increases it by 100%.

You can also create a club and buy active skill bonuses during club gatherings.

Vampires can increase their skill gain with the master of darkness vampire perk.

Potion of the Nimble Mind

Spellcasters can brew “Potion of the Nimble Mind, ” increasing skill gain when drunk.

If you want to combine this with the vampire perk, having a second Sim be the spellcaster, brewing the potions is suggested.

A few of the lifestyles give skill gain benefits.

Those are the “Coffee Fanatic” Lifestyle (works after drinking coffee).

The “Single and Lovin’ it” lifestyle!

And the “Techie” Lifestyle works for Programming and Rocket science.

Level 2 celebrities can get the celebuSerum perk. CelebuSerums are delivered in the mail and give boosts in skill gain.

The higher education aspiration reward trait increases skill gain, but only if the Sim uses the research machine.

Those were all the available methods.

Now, let’s compare a Sim with no boost in skill gain and one with (basically) everything mentioned in this guide.

They’re both starting at level 1, and they’re both cooking grilled cheese, party size.

Yes, your Sim can get to Level 7 in the cooking skill, from cooking one meal, it’s that crazy.

But why stop there.

When can you max the skill with just one more meal? 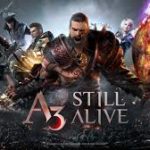 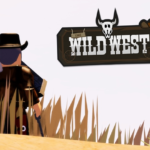