How to Mod Your Warframes and Weapons in Warframe.

This guide will let you know what mods you will need in the beginning/early game. You will also learn how to mod your Warframes and Weapons.

The first thing is the element; you will need elements on your weapons early on, but you don’t need anything too crazy, and you don’t have to farm element mods specifically since they are pretty common. So as you play through missions, you will get some of the mods every so often.

The other elements that you can make by combining the base elements are cold and heat= blast, which is the worst combined element. Electric and toxic=corrosive heat and toxic=gas cold and electric=magnetic electric and heat= radiation cold and toxic=Viral are the best combinations.

Along with the elements, there’s a status chance on all the weapons, which is just the chance that the element/different damage types on your weapon will trigger. But even if the weapon you have has the lower status chance, you can still put the element mod on the weapon, and the element will still be effective against whatever you’re using it against; it just won’t trigger as much.

You can tell that your status effects are triggering because you will see small symbols below an enemy’s name indicating which status effects have applied to the enemy.

For early mods for your weapons and warframes, it is recommended to have mods that give you frame health, shields, and armor. For weapons mods like serration/damage mods, crit mods for some weapons, element mods, and, if possible multishot mods. If you combine them, they will give you decent damage against most enemies in the early game.

Here is some standard mod configs that will work decently in the early or mid-game of Warframe. 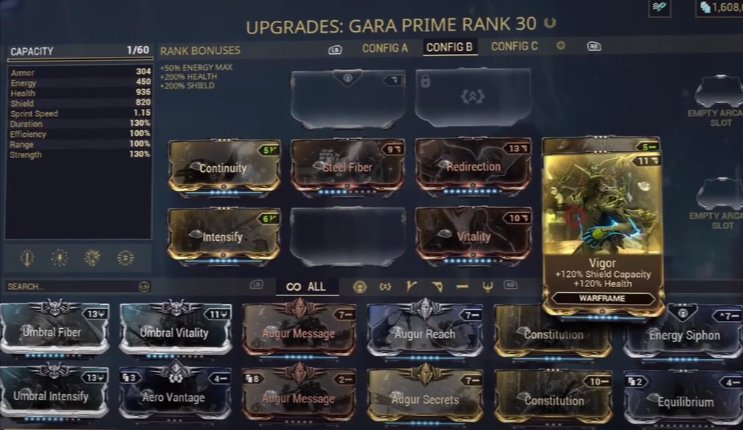