This guide will let you know how to mod your weapons to deal good Damage in Warframe. Go through the guide and follow the step-by-step instructions to do so.

This guide will show you the general mods you will need on your weapons to deal some decent damage.

To start with primary weapons, the guide will focus mainly on three types of ‘builds.’ One is revolving around status effects, one around crits, and one around just high damage in general.

Some weapons are better suited for some builds than others based on the base stats of the weapons themselves without any mods, so keep that in mind when putting certain mods on certain weapons.

In almost every normal build, you will want a multishot mod and a normal damage mod (shotguns: Point Blank, Rifles/Bows: Serration, Secondaries: hornet Strike). Because Multishot significantly increases the total damage of your weapon and the normal base damage mods will significantly increase the damage of all the damage and element types on your weapon, which also increases your total damage.

Also, suppose you are going for straight damage on a weapon. In that case, you should also increase the damage of the other elements on the weapon if possible or if you don’t like the elements on your weapon, you can combine them with another element to get the mixed element you want.

Also, do remember that you don’t need to copy the mods exactly; it’s a general idea of what sort of mods you will want to put on your weapons, depending on what you are going for.

Now, if you are building revolving around Crit for primaries/secondaries, then you will want the same base damage and multishot mods as before but will also need more crit-related mods.

If you are going to be doing status build on your primary or secondary weapons, all you are going to do is the same thing with the base damage mods, except you’ll have mods relating to status effect in your build as well.

Now since to be more or less saying the same thing about secondaries as the primaries, you can skip the secondaries and go straight to melee weapons.

For melee weapons, more or less the same thing applies if you’re going for straight damage, except you aren’t going to have multishot mods on your melee weapon, but status and Crit build on melee weapons may look a little bit different.

With Crit builds, you will need the normal mods that increase crit damage and rate (true steel and organ shatter) and any other mods that can help with crits. So drifting contact and blood rush work well together, and gladiator might give more crit damage (Depending on what Mods you are going to be putting on, but in general, you want crit-oriented mods.

For status builds, you will need status effect-based mods and elemental/damage type mods unless you have a melee weapon; then you’re going to want condition overload on it.

Straight damage: Mostly damage mods along with damage type mods that are already on your weapon if that is possible; otherwise, focus on mods for a few damage types/elements and crits, just grit-oriented mods, and you’re using a melee weapon, then you can make some mods work together to give you more grit stats, and whatever else you may want on your Crit build, you’re also going to want some damage mods as well, so you are doing good damage with your crits. 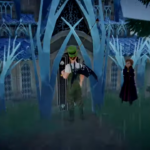