In this guide, you will come to know how to unlock the Rank 2 Jomsvikings in Assassin’s Creed Valhalla.

You will first need to go to the Jomsviking Hall and build it, which will cost you 100 foreign supplies, as shown in the image below.

After that, you can recruit the higher rank Jomsviking crew members because when you have the high-rank members in your team, they can stay alive easily. And they will help you to kill the enemies when you are on the River Raids in England.

Now you have to go inside the building, and you will find some people out there, you can interact with them and recruit them. You can also learn about their ranks and how much they cost you to recruit one of them to your crew.

If you want to recruit Rank 2 Vikings, you will need to upgrade Jomsviking hall two more times, and it will cost you 200 foreign supplies for the second upgrade, as shown in the image below.

For the third upgrade, it will cost you 600 foreign supplies, and this upgrade will give you the ability to recruit Rank 2 Jomsvikings.

After the third upgrade, you can easily recruit Rank 2 Jomsviking, as shown in the image below. 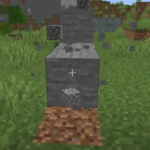 What does Mending do in Minecraft?
Next Article 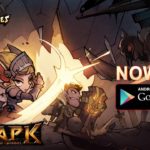