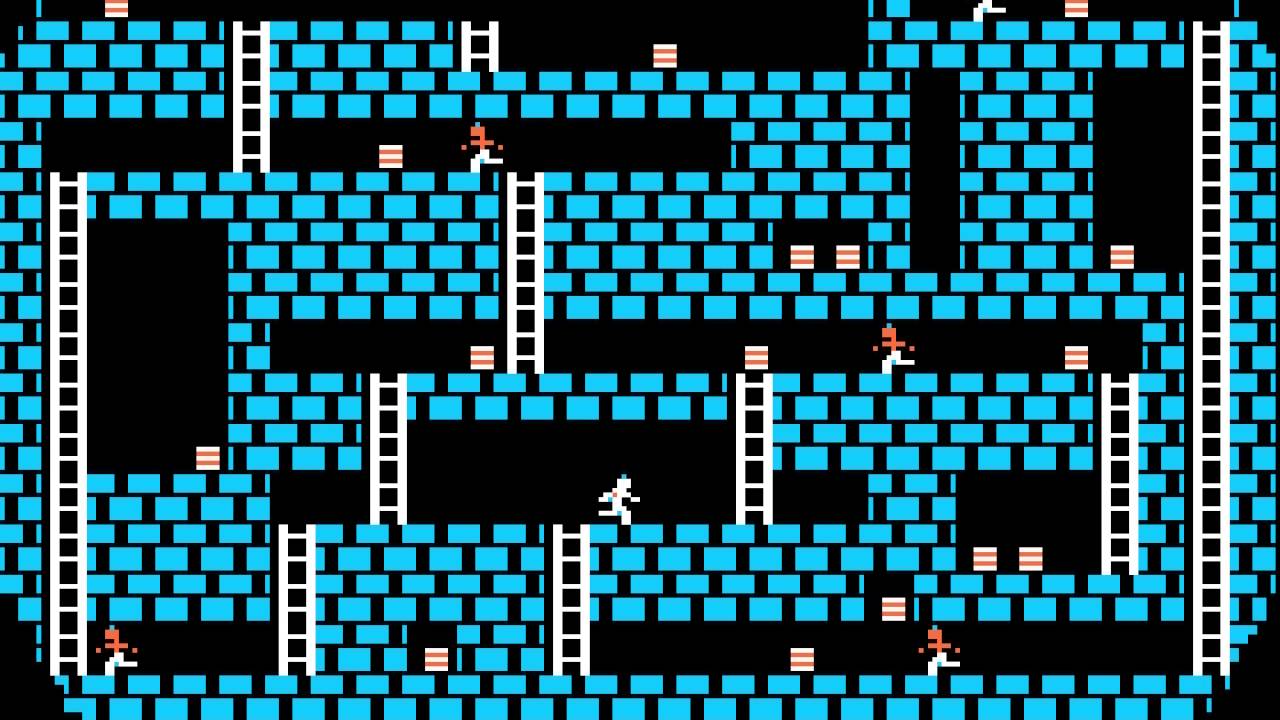 In 1983, IBM released the PC XT, the final episode of M*A*S*H was aired and BrØderbund released Lode Runner. A lot has happened in the intervening 26 years – is the original game, represented pretty faithfully here, still relevant? Does (or should) anyone care? We had a look and, if you can’t be bothered reading further, the answer is yes – with some minor reservations.

The idea is pretty straight forward – take control of a dude in side-on perspective, navigating the vertical and horizontal axes as you attempt to steal the gems, avoid the bad guys and get to the exit. If you’ve played Braid, mentally subtract the time control stuff and you’ll have a pretty good idea of what to expect.

You can also dig holes in certain types of floor material but there are restrictions – figuring out exactly how, where and when to dig makes up much of the puzzle part of the game. Bad guys will fall into these holes, allowing you to walk back over them as they struggle to get out – again, a common solution to the puzzles.

Typically there’s only really one way to solve the puzzles so the action is less about winging it and more about surviving key encounters at key points to help you defeat the level layout. This can seem a little frustrating at times as you stare at a seemingly simple construction of bricks without being able to determine the way to defeat it. Be in no doubt, there’s plenty of puzzle in this puzzle action platformer.

There’s a solid tutorial that gives you a good idea of what to expect – you’ll need to think (a little bit) to get through it and things only get more challenging from there. The levels in the main mode are very good, with a solid ramp in difficulty and plenty of interesting ways to deliver a fresh challenge with essentially the same components you’ve seen previously. There are loads of slightly different types of basic material to craft the levels from and loads of brick behaviors to remember – the combination of brick type and behavior makes for plenty of variety across the main game’s 50 levels.

If you get sick of the included content, you can make your own with the fully featured level editor. The editor not only allows you to create your own content but you can share it with your friends online, adding almost infinite legs to the game – as long as you can stand it, you’ll have loads of fresh challenges and giant brick penises to climb all over (face it, it’s going to happen).

There’s also online competitive and co-operative multiplayer modes, brand new to the series (as far as we’re aware). Each of these is well thought out and, for the most part, adds a lot to the game. The “Last Man” mode, where defeated players join the enemy forces and attempt to kill the remaining live players, is a particular highlight!

It’s a very pretty game, with well realized modern visualizations of the worlds, characters and monsters alike. It’s not going to blow anyone away in that department but it’s no slouch either. More polish than you might have thought in a downloadable game. Sound is good too, although similar caveats apply here.

Gameplay-wise this is mostly a fun, challenging platformer. The way the player interacts with the world is initially stilted and precise but once you get your head around where you’re going to drill, for example, when you press one of the two drill buttons, the confusion fades away and you can concentrate on the task at hand. There are occasionally situations where you think you’ve tried (and failed) the obvious solution and you start trying to find some other way to resolve it, only to find out later on that your timing wasn’t quite perfect and your first thought was in fact the correct one after all. This can be a little frustrating, but again, once you figure out how things fit together these problems largely go away.

If you have even a passing interest in Lode Runner, this is well worth the 1200 points. If you love the game of old you’ll likely already have it. If you’re not in those camps, it’s still worth checking out for sure. Some of the gameplay can seem a little restrictive compared to modern titles (much as Bionic Commando Rearmed did) but once you get into the swing of it (not as literally as Bionic Commando…), the rule set of the game becomes habit and you’ll enjoy flexing your mental muscle as you navigate each level. 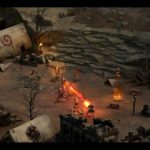 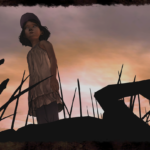