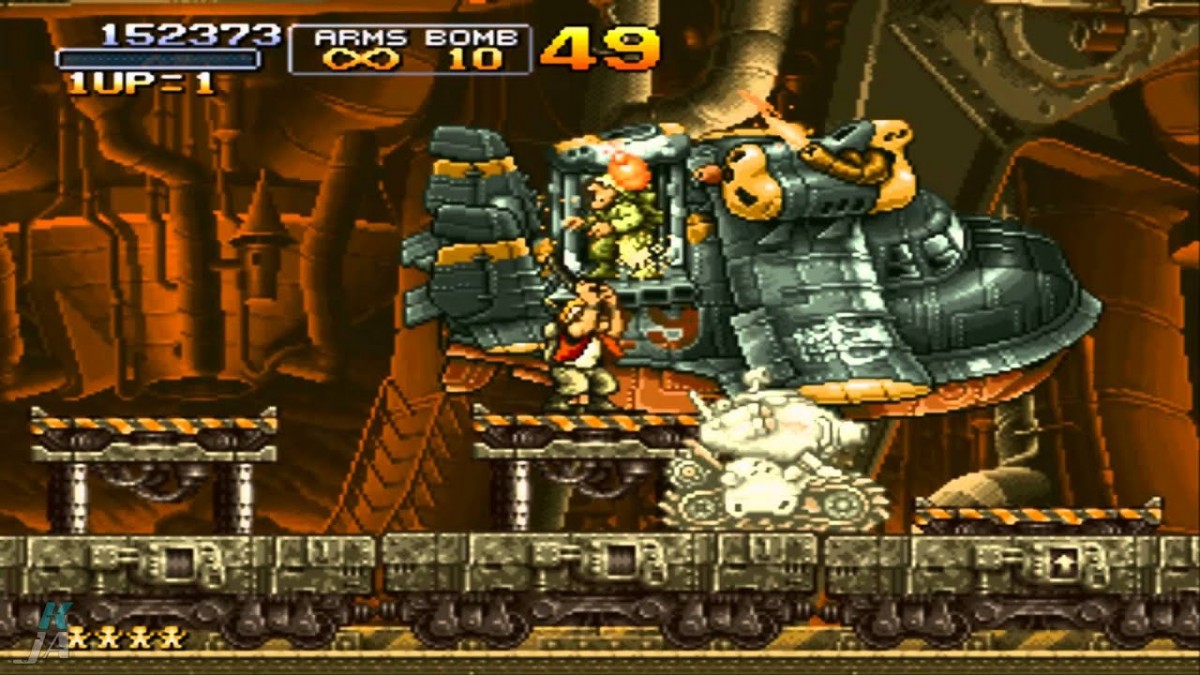 Over the summer, we were thrilled when DotEmu and SNK Playmore released Metal Slug 3 for iOS. With its iCade compatibility, pixel-perfect emulation, and Bluetooth multiplayer, Metal Slug 3 set a gold standard for arcade ports. Its predecessor Metal Slug 1 is still a fun game, but it also represents a slight step backward for the series.

DotEmu’s decision to release Metal Slug 3 before Metal Slug 1 is perplexing. Metal Slug 3 contains four playable characters, branching pathways, multiple vehicles, transformative power-ups, and outrageous enemies like aliens, zombies, and giant crabs. Metal Slug 1, on the other hand, is a much more straightforward war shooter. Your enemies consist solely of soldiers and military vehicles, and most of Metal Slug’s more innovative features do not appear in the first installment.

However, the core gameplay is the same. You play as a super-soldier from the Peregrine Falcon Squad, sent to stop the evil General Morden from taking over the world. Like in all the Metal Slug games, you have to move your character to the right (and occasionally upward) through intense shootouts, single-handedly fighting back against scores of enemy soldiers. In addition to your basic handgun, you’ll have a limited supply of grenades, a knife for close combat, and the occasional power-up dropped by rescued prisoners of war.

About once per level, you’ll find a Metal Slug tank, which can take three hits of damage before exploding, giving you a lot more armor and firepower. If you’ve already played Metal Slug 3, you may be disappointed to find that there are no armored camels, elephants, planes, submarines, or spaceships for you to pilot.

Metal Slug 1 does retain some of the useful features of the Metal Slug 3 port. You can select one of four difficulty modes, and the default auto-fire controls will spare your hands some serious pain. The touchscreen is adequate for controlling your soldiers, but we highly recommend using an iCade if you have one. And Metal Slug 1, oddly enough, gives you 20 credits instead of Metal Slug 3′s five credits, so beating the game in one sitting (which can take less than an hour) is quite easy on the first try.

Metal Slug 1 still has outstanding graphics and animation, even though it’s nearly 20 years old, and the iCade compatibility and Bluetooth multiplayer make this installment a worthwhile purchase if you’re trying to turn your iOS device into a legitimate arcade emulator. We’d love to see every game in the series eventually make its way to the App Store, or better yet, released as an all-in-one compilation app like Raiden Legacy. Whether you were a fan of Metal Slug 1 in arcades, or are just now experiencing it for the first time, it’s a solid shooter that sets the stage for even better games down the line. 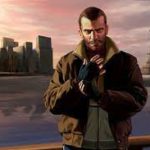 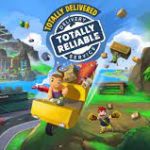 How to Play Totally Reliable Delivery Service In Multiplayer?