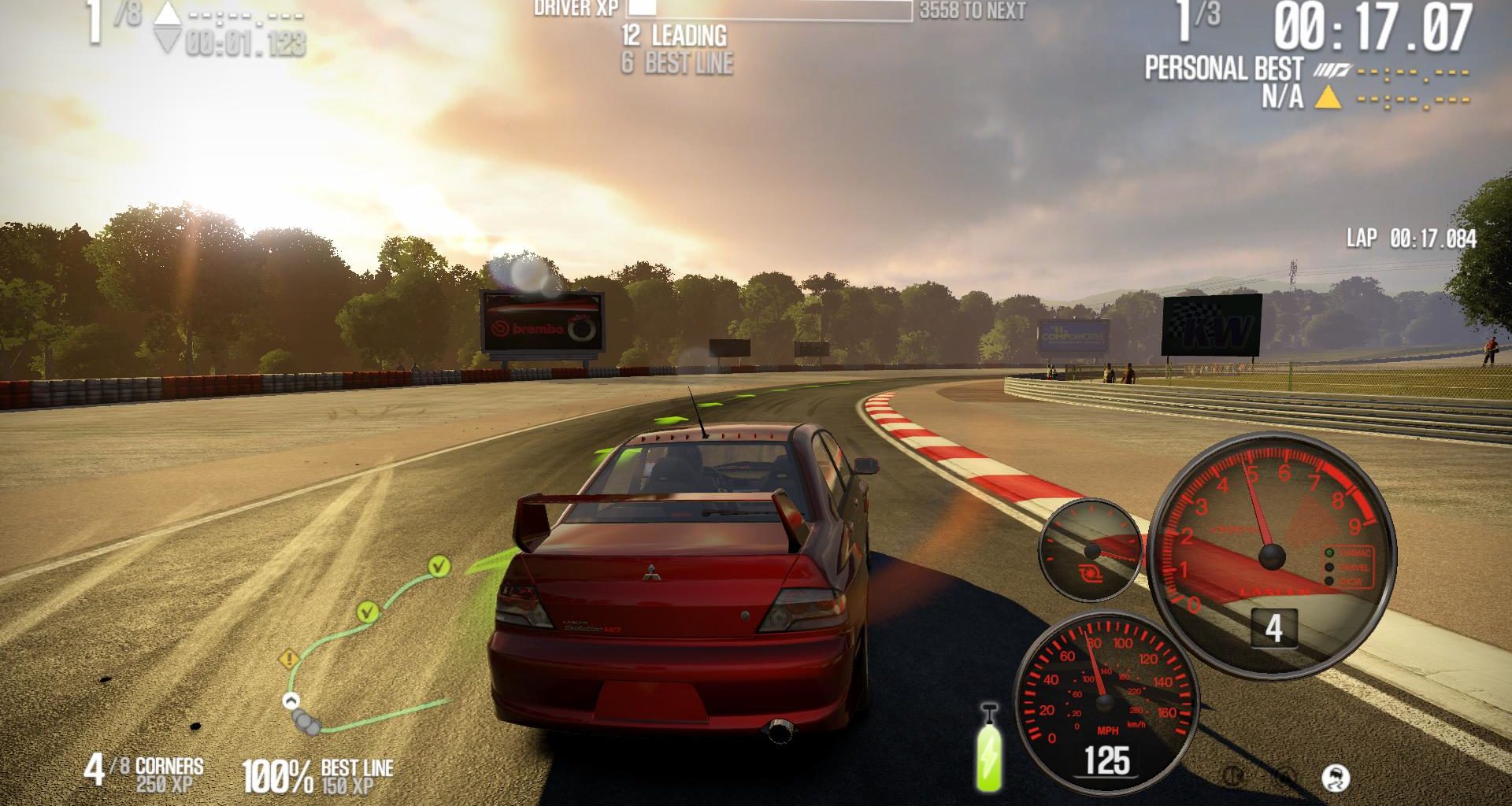 The last few Need for Speed games haven’t really managed to push the racing genre forward too much. By and large, they’ve been serviceable, but for every NFS game that came out, you could probably point to one or two of its contemporaries that did things better. However, EA has recently been making noises about refreshing the brand, and here we are with Need for Speed: Shift.

If you’ve played previous NFS games, you’ll know that some are some are arcade-like, some are simulation-focused…and some have really, really cheesy FMV cutscenes. Shift falls into the middle category, putting it right up against big titans like Gran Turismo and Forza. So is this one worth looking into for serious racing sim fans? And how about more casual players looking for a decent racer?

Happily, Shift marks a return to form for the series. This game is polished and fun – it gets the fundamentals right, and features a host of little things that are well executed.

Let’s start with the driving itself. Unlike other NFS games, this one doesn’t have an open world to explore or any other gimmicks. It’s straight up racing along set tracks, and is all the stronger for it. What works most of all in Shift is the feel of the driving. I can’t remember a game that did a better job of putting you right in the driver’s seat and experiencing every twist and turn, while still being so rooted in the world of simulation. Unlike some other titles, when you’re doing 200km/h, you really believe it. And you really don’t want to crash – doing so results in a deliberately jarring effect combining monochrome and screen blur. This kind of thing helps shed Shift of its simulation feel while leaving the actual car handling untouched.

I know just enough about racing games to know that what’s included here is enough to satisfy fans of the genre. From the cars to the tracks to the tuning options, it’s deep and it’s satisfying. Having said that, there are only about 60 cars available, which is obviously not going to satisfy car collectors. The tracks, however, are fairly numerous and are nicely scattered all over the world.

The game starts with a test lap that determines what sort of difficulty you should be racing on, and how many assist options should be turned on. It’s a good idea, and helps ease new players in to the game. From there, the full career mode is introduced. It’s staged in tiers, with a wide range of race types to sink your teeth into. You’ll find yourself racing in straight events, manufacturer challenges, and much more. To progress through the tiers, you need to earn stars, which you acquire from placing well in each available race.

As you progress, cash is earned that can be spent on either new cars or upgrading old ones. If you start doing well, though, you’ll probably find it quite easy to keep buying top-tier cars, so upgrading the ones in your garage won’t seem so enticing. That’s only a minor flaw, however, and there are a lot of other features to keep you driving just one more race. Taking the whole Achievements craze on board with a vengeance, Shift pats you on the back every step of the way. Besides stars, you also earn precision and aggression points that combine to help you gain levels, very much like an RPG. These points are gained through moments of good driving, such as sticking to the racing line or cornering just right. Gaining these points will eventually unlock goodies like new parts or cash. They also make everything you do feel rewarding, which certainly helps alleviate the pain of losing a race for the 10th time. Crucially, it also makes you feel like progress is always being made, whether you’re a racing veteran or a newbie.

All of these elements are tied together with a polished and cohesive interface. It’s simple to get to whatever race or mode you’re after, and – most importantly – it keeps out of your way.

Graphically, Shift is a winner. Both the cars and the environments look great, but as I mentioned before, it’s the additional effects that make the race track come alive. A big standout is the in-car view – I’ve seen good cockpits before, but this one surely takes the cake. Coupled with some excellent camera work (gear changing, for instance, causes slight shudders), I recommend trying this view out before switching to a standard third-person mode.

Just as good as are the audio effects. You know you’re onto something when your flatmates start complaining about all the screeching tires. It’s a layered symphonic suite of gear changes, revs, gravel crunching, tires squealing and – in my case at least – cars crashing into each other. Combined with the graphical effects, it brings you right into the game.

And that’s just it: Shift is at its best when it not only impresses with its semi-realistic driving, but also gives you a buzz from its immersive effects. Impressively, it’s actually fun to take part in races whether you’re a driving fan or not – something I can’t say about every ‘realistic’ racer out there. This is a game that a lot of people can potentially enjoy; it’s a welcome return to form for Need for Speed, and worth checking out.