Path Of Exile (POE): All Hideouts

A hideout is a special area that any player can design for himself and it is awarded when you help any master to reach level 3. Once you have created a hideout, you can invite a maximum of seven masters at a time, and you can also decorate it with special items. I’m going to showcase the hideouts that are presented by the forsaken masters in Path of Exile. Exactly like me, you will want to know about all of them before you decide which one to call home. Here is a list of each of the forsaken master’s hideouts: 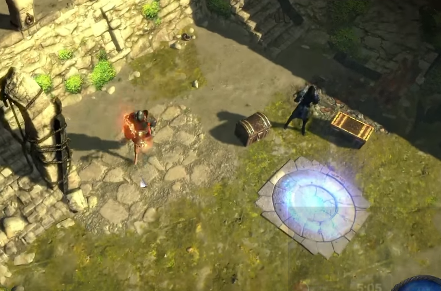 Vorici is a master assassin, and in his crafting options, you will find socketing, coloring and linking items. The hideout is located in the town of The Sarn Encampment.

It is the hideout of master Tora – Master of the Hunt. Forest tileset is used in the hideout. It is actually a ground which is surrounded by mountains on one side and river on the other. In the longer versions of the hideout, the island is connected to the ground by the bridge.

This hideout belongs to the Master of the Dead – Catarina. For this hideout, graveyard tileset is used. The hideout has three different sizes with one, two or three rooms.

It is the hideout of the Haku, the armor master. Coast tileset is used in the hideout. The hideout is present on the raised area from where you can clearly look the ocean. There are two further extensions – medium and large. The medium extension features a beach area and a shipwreck, and the large extension features rocky walls.

This hideout belongs to Elreon, one of the 8 forsaken masters. His crafting options are amulets and rings. The hideout is present in the town of Lioneye’s Watch.

This is the hideout of the master of the cartographer – Zana. The tile set is that of Solaris. The hideout is actually a central point of the balcony, and in the larger version of the hideout, different rooms are attached to it.

This is the hideout of Leo – the master of the arena. Garden tileset is used in the hideout. The hideout is a central part of the garden with a balcony. In the medium version, stairs are added.

All these hideouts are interesting in their own right, and you can choose one depending on your personal preference. Also, keep in mind that, that hideout will be best for you which suits your character. You can get a single hideout in three tiers, and the last hideout you get will be fully upgraded. Another interesting thing is that you can also add decorations of whatever type you prefer. You can also brighten up your hideout by adding some light. In order to make sharp distinctions between items, you can make use of contrast technique. For instance, you can highlight different things with blue or teal lights, and you can assign a different color to things that aren’t labeled.