BeamNG.drive is an open-world, dynamic, vehicle simulation game developed and published by BeamNG. The game can currently only be played in single-player mode.

BeamNG.drive uses soft-body physics to simulate its vehicles and environments. The game calculates and solves different physics equations in real-time driving the gameplay forward. The game’s engine simulates a network of interconnected beams and nodes combine to form an invisible skeleton upon which the vehicles are displayed using realistic masses and weights. These vehicles react to collisions in the form of flexing and deforming in real-time. 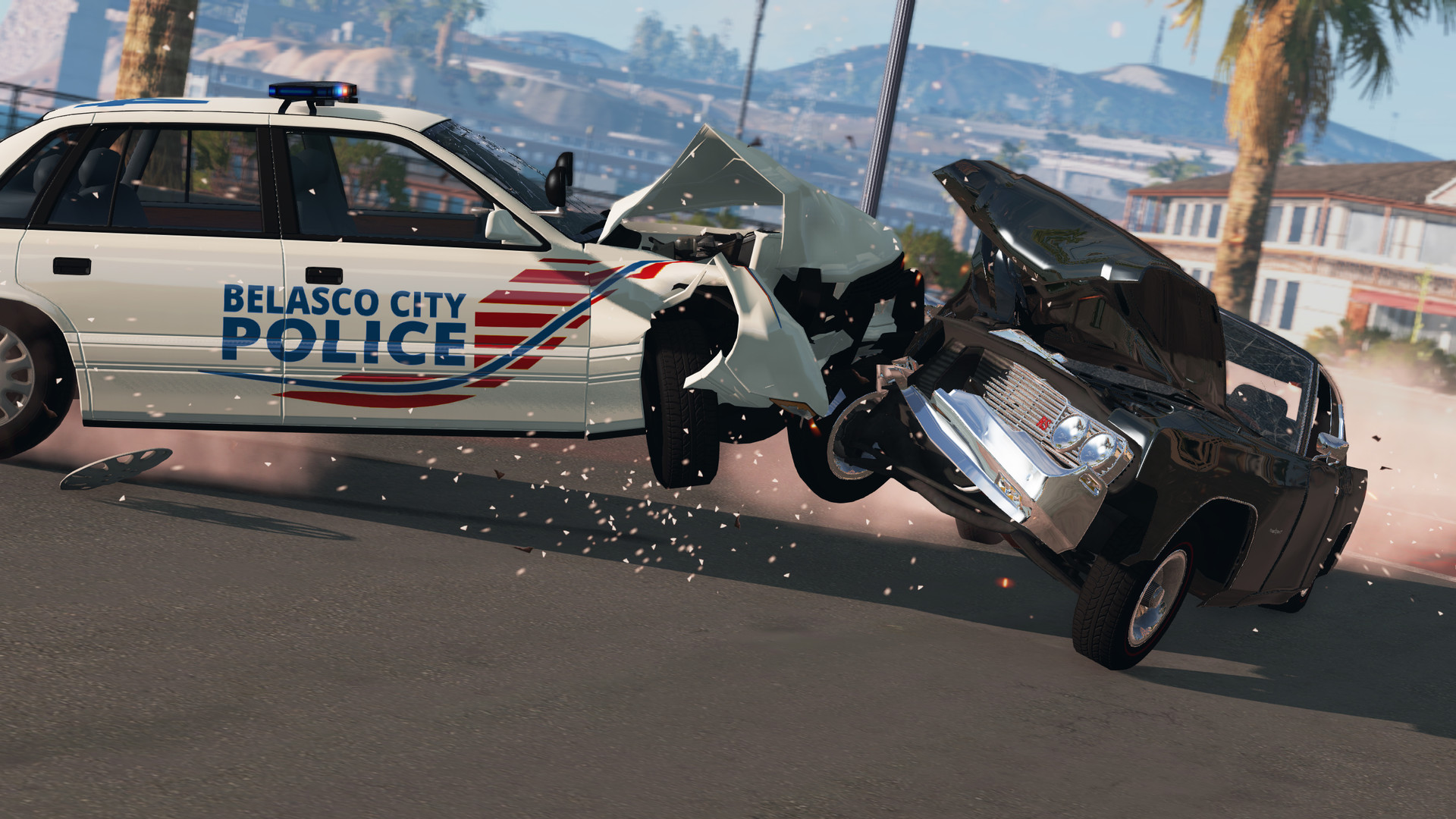 The game has several gameplay modes including the main career mode and a time trial mode. The time trial mode allows the players to select their vehicle, race track, and level and then compete against their own best time. The campaign mode is made up of several small scenarios with specific themes. The game also features a free roam mode where players can explore the game world manipulating and interacting with different objects and playing with effects like wind and gravity. In addition to that, there are several minigames that involve police chases and stunt challenges.

The driving feels authentic and realistic and car crashes are violent and visceral. The game is fully optimized to be played with a keyboard/mouse combo or a game controller. The different environments featured in the game are hand crafted and very authentically replicate the real-world events. The game being an open world driving simulator, covers a large variety of vehicular disciplines including destruction derbies, high speed rally races and delivery missions in box trucks. There are a lot of customization options that allow you to tweak your vehicle aesthetically as well as functionally such as removing certain body parts to reduce weight.

At Gameskeys.net, you’ll find the BeamNG.drive CD keys at cheapest possible prices, you can also use the discount codes to save more on your purchases, in the above list we have compared prices of Steam CD Keys, PS4 and Xbox live.

We have only included safe digital stores in our list, although these are third party sites, but our staff members test the BeamNG.drive digital codes on a frequent basis, to make sure that our listed sites are functional, so that you can buy securely.