This guide will provide you with the complete story summary of Red Dead Redemption 2.

It all started in 1899, before 12 years of the events of Red Dead Redemption 1. America was evolving in the new age, so the Law Agencies started hunting out big outlaw gangs. Now only a couple of gangs are left in the Wild West. The Pinkerton Detective Agency founded in the 1850s chased the Dutch Van Der Linde gang in Black Water. With the failure of the last heist of Dutch in the Black Water, the gang members ran toward the East, but the arch-rivals of dutch fought with Colm’s gang. Dutch saved the house owner Sadie Adler in his gang.

The Dutch knew that his outlaw days were on the verge of the end. He planned to do a big heist so that he was able to make enough money to leave the country and could live on a paradise island like Tahiti island in the Pacific. Dutch intercepted the O’Driscolls’ plan to rob the train of Leviticus Cornwall, a famous US oil dealer. Dutch executed this plan on his own.

Dutch reached safely with his remaining members in the town located on the East side with Arthur Morgan, John Marston, Charles Smith, Lenny Summers, Micah Bell, Bill Williamson, Javier Escuella. On the thinking side, there are Hosea Matthews, Leopold Strauss. For odd jobs, there is Uncle, Reverend Swanson. The normal thieves were Karen Jones, Mary-Beth Gaskil, Tilly Jackson. John’s partner is Abigail Roberts. The Dutch’s girlfriend was Molly O’Shea. And the women’s tasker was Susan Grimshaw. In and out info all is Josiah Trelawny. Jack Marston was the son of John Marston and Abigail Roberts. The kidnapped guy from O’Driscoll’s camp, Kieran Duffy, and later on Sadie Adler also became a member of the gang.

The kidnapping of Jack Marston:

They set up their new camp here and brought back the money of Herr Strauss. Thomas met with Down. Down told him that he was ill. After Arthur, the gang again looted Cornwall’s train. It made the dutch Cornwall track Arthur and again Dutch gang left the town and reached Rhodes. After getting there, they found the two families, Gray’s and Braithwaite’s were fighting with each other. Dutch planned to rob both rich families but they knew his plan. Sean Macguire was shooted by the Grays family, which Arthur and Charles saved in the boat heist. Braithwait’s kidnapped Jack Marston, and the Dutch gang burned the Braithwait’s house. Braithwaite’s leader told the Dutch that they handed over the Jack to Italian crime leader Angelo Bronte.

Then the Dutch gang reached Saint-Denis. Firstly, Angelo Bronte demanded some favors and then gave back Jack to him. Dutch’s plan failed due to the wrong information given by Angelo. Now Dutch kidnapped Angelo and demanded the money. He refused to give the money, so Dutch threw him into the river. Alligators ate the body of Angelo.

The law arrested John due to the Dutch because he was unable to save John. In cross-firing, Lenny was also killed. Micah Bell, Bill Williamson, Javier, Dutch, and Arthur ran away with the robbed money through the ship. The ship sank due to a heavy storm. So they survived on the Guarma island of Cuba until the law of Cuba arrested them. The island’s local people wanted the help of the Dutch to fight against Alberto Fussar of the US. They killed Alberto Fussar, and the locals gave a ship to the gang to reach the US. As they reached the US, Arthur came to know that he had a tuber clause.

At that time, the diagnosis of this disease wasn’t possible. The death of Hosea completely changed the Dutch.

Instead of releasing John from jail, he wanted his last heist. He thought that he had a plan. To gain the attention of Dutch, Molly O’Shea gave the information about bank heists to the agents Andrew Milton and Edgar Ross. For this reason, Susan Grimshaw killed her.

Sadie and Arthur released John without the permission of the Dutch. Arthur helped the Americans to negotiate their land with the government of the US. The gang was separated after the Saint-Denis bank heist. Arthur advised John and Abigail to run away so that they could live easily. Because they are the only ones, who have a family in their gang. Dutch reached to negotiate with Leviticus as he saw Leviticus Cornwall and Pinkertons having fun. Dutch ditched his plan and killed Leviticus. This act of Dutch made Pinkertons and Law even more active. Here Arthur’s trust in Dutch falls.

Dutch used native Americans and wanted to start a war between them and the US army through the papers Micah found from Cornwall. He wanted to do this to distract the law from him so that they made their last heist and, after that, ran away. On the other side, the law was hanging the arch-nemesis O’Driscolls, and Dutch, Arthur, and Sadie made sure that O’Driscolls was not able to survive this time.

Dutch executed his last plan and bombed the bridge with the help of Arthur and John, which came in the path of an army train. Dutch agitated the Eagle Flies, the son of Chief Native Americans Rains Fall, to attack the oil lands. Here Dutch betrayed Arthur as the army caught him. Eagle flies sacrificed himself, and Arthur killed the army chief and became super paralleled from the Dutch.

Many gang members left the gang, and Dutch executed his last heist to rob the army train with his remaining members. Here again, Dutch didn’t save John Marston because John also didn’t trust Dutch like Arthur. As the heist became successful, Miss Tilly told them that Abigail was in Pinkerton’s custody. But Dutch refused to help Abigail due to the influence of Micah. Then Arthur and Sadie saved Abigail, here agent Milton told them that Molly O’Shea didn’t tell him anything. He said Micah was the one who told them about the heists. Here agent Milton lied heavily to Arthur that Abigail killed the agent Milton, leaving Edgar Ross in charge. Arthur ordered Sadie to drop Abigail at Jack Marston.

Then Arthur came to Dutch to tell him about Micah. Here Micah tells him that Arthus is a rat.

As John fell off from the train, they reached there. Pinkertons and Law attacked there. The members scattered to conserve themselves from the law. Arthur saved John from here, and Arthur’s horse died in a crossfire. While passing on the Mountain, Arthur gave his satchel bag to John and told him about the location of Abigail and Jack Marston. Arthur told John to leave the outlaw life and not to take any revenge from anyone. Arthur saved John’s life and fought against them until Micah tried to kill Arthur, but Arthur successfully gave a reverse fight to him. Dutch reached there, and again Arthur told him that Micah Bell was a rat. Arthur gave the Dutch everything and remained loyal to the Dutch until he saw the serial face of Dutch; he died while seeing the sunrise due to his injuries and disease.

If you didn’t help people or had a low honor in the game, Micah will exude Arthur instead of dying him peacefully. Then instead of deer dreaming, you will have a wolf screen that reflects Arthur’s character. The deer screen means that as the deer sacrifices to redeem himself, the same Arthur did to redeem himself by saving the life of John and by giving money to the family who was the reason for his TB disease.

If your overall honor is low in the game, the wolf screen means that Arthur didn’t help anyone in his life, and he only had thought of himself so that he died alone or died evil.

After many years in 1907, John Marston listened to Abigail and searched for Honest work. He was appointed as a farmer until the gang scrimped at John’s boss. For this reason, John had to kill them as a gunslinger. This act of John made the owner help him to take a loan from the bank. John built a house and a barn in Black Water.

After the separation of the gang, John again met with the gang’s Uncle and Charles Smith. They helped John to build a house in Black Water. Sadie Adler told John to take revenge on Micah and gave him Micah’s location. John Marston, Sadie Adler, and Charles Smith went to take revenge for Arthur’s death. Charles and Sadie got injured during the gun shooting, but Sadie still helped John to corner Micah. Dutch came between John and Micah, who joined Micah’s gang a few days before. Here again, John reminded the Dutch, and with this, Dutch injured Micah. John Marston killed Micah and took revenge for Arthur’s death.

John Marston and Abigail got married:

Dutch left the money of his gang, which Micah collected, for John and Sadie, which the gang left out in Black Water. John fulfilled his debts with the help of this money and became a farmer with Uncle. John Marston and Abigail got married.

The remaining gang members like Mr.Pearson ran his shop and he stills remember the gang. Mary-Beth wrote poetry. Miss Tilly got married to a lawyer. Strauss got caught by the law but he didn’t tell anything about the gang and died in jail. Reverend made a minister of a church in New York. Williamson captured Fort Mercer and formed a new gang. Javier Escuella ran away to Moscow. Sadie Adler started her new life in South America after recovery. Charles Smith went to Canada after his recovery. Chief of Native Americans Rain Falls after the death of his son, as seeing a flying eagle shifted to Canada with his remaining people.

Arthur’s lover Mary Linton cried over his grave, which means that she loved him till the end. The US started the Bureau of Investigation agency, and its in charge is Edgar Ross. They tracked John Marston from the death of Micah, and RDR1 events started.

How to Install PS4 60FPS Patches with GoldHEN 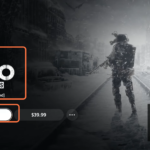 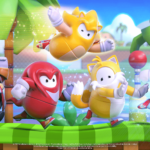 How to Fix Fall Guys Crashes and Errors