When you are playing Rust, a helicopter comes out of nowhere and attacks you, and you are dead in a second. This has happened to a lot of people, but they don’t know why. The reason is that the helicopter attacks you if you are wearing more than two things or if you have a ranged weapon on your hot bar. Weapons that cannot be used for ranged targets like spear and sword are not included in this. Even with the advanced armor, you will be ignored if you have two things on. Add a third thing and you are going to get murdered.

It is interesting to note that sometimes you will be shot at even when you are following these rules, and this can be explained with the help of a 30-seconds rule.

When you are in the range of the helicopter, it checks your hot bar and what you are wearing every thirty seconds. After one inspection you will have the opportunity to wear whatever you like and take out whatever weapon you want to use until the next inspection. Failing the inspection has opposite effects: even if you die, it will still attack you on the site for next thirty seconds.

If the helicopter is attacking you, and you break its line of sight, it will fire rockets on you. You may have heard about ways to prevent it using a tool cover. If you are surrounded by at least one person that is authorized with the helicopter, it won’t be able to shoot you. But even if you are authorized yet wearing three weapons, and nobody else around you is authorized, it can and it will shoot rockets at you.

The helicopter will also shoot rockets at you if you shoot at its weak spots more than once in five seconds period.

Health of the Helicopter

But, how does a helicopter select its target when there are multiple players: the helicopter has two turrets, one on either side, and both maintain their own target. Whenever it loses sight of a target for five seconds, it selects a new target from the helicopter’s list of potential targets. You are added to the list once the helicopter sees you are not following the rules.

Your name can be on the list more than once, and a copy of your name will be added each time you attack. So, the more you attack, the higher there are chances of you being attacked. This is one of many reasons why a helicopter leaves in the middle of a fight to attack another player. The helicopter will also leave if you take cover for too long. The other time when the helicopter will leave is when it has killed all its targets. 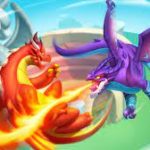 How To Make A New Account In Dragon City
Next Article 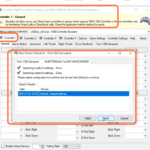