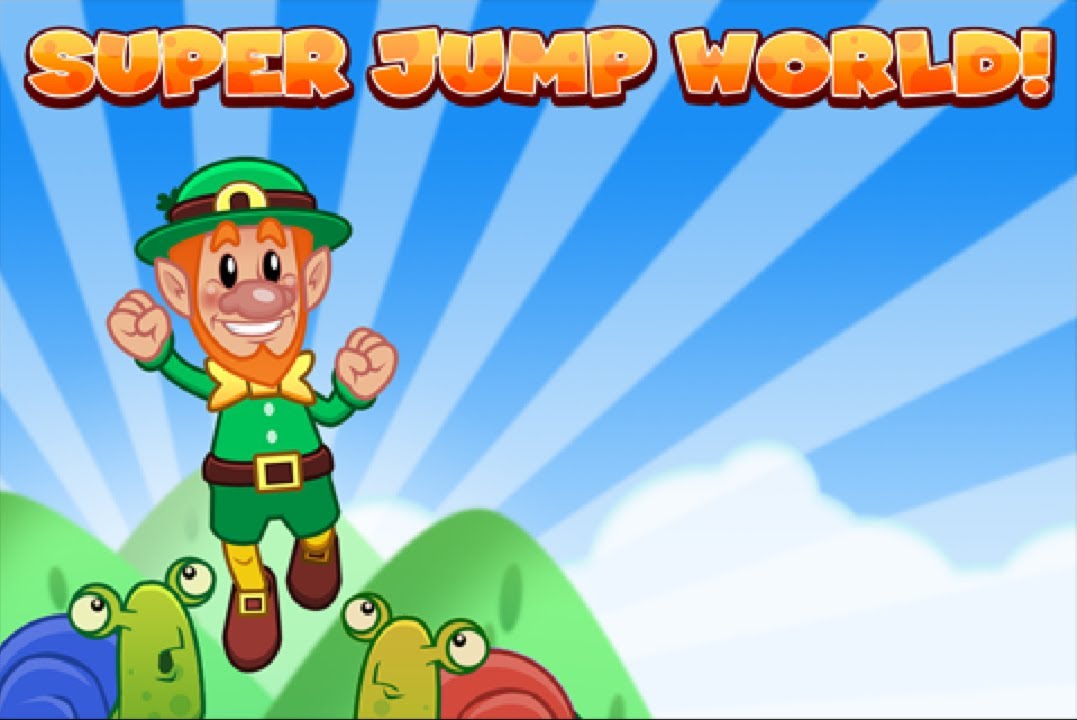 If you missed out on Monino, a Super Mario Bros. clone that soiled the App Store last year for a few hours before being pulled, then your next best shot at playing a cheap Mario rip-off on iOS was Super Jump World Plus. Unfortunately, the game was removed from the App Store yesterday before we could post this review. But we downloaded it and played through every bland level, so read on for our take on a game that’s no longer available.

Instead of playing as Mario, in Super Jump World you control a coin-collecting leprechaun. Mushrooms are replaced by four-leaf clovers, pipes are tree stumps, goombas are slugs, koopa troopas are snails, and bullet bills are bees. And instead of Mario’s tight controls, this game has floaty physics and buttons that sometimes get stuck.

But much of Mario’s environment shows up here, from flagpoles and question mark boxes to whole chunks of level design. They even cop the “three levels followed by a dungeon” format from the original Super Mario Bros. Bowser must have given up, however, because the dungeons aren’t capped off by bosses– just flagpoles.

As much as the developers draw from Mario, they totally strike out when it comes to the fun and magic of the series. Aside from clovers, there aren’t any power-ups to collect here, nor do there seem to be any hidden items or secret paths to find. You can’t duck, or swim, or travel down pipes (sorry, tree trunks), or do anything but run and jump. This is a clone without a soul.

Super Jump World Plus copies Mario, but it does so in such a boring way that it loses what makes Mario great in the process. Even the graphics, which look good on the surface, crumble under scrutiny: all character models are so 2D that they actually look flat when they turn around. And the music is awful. Just awful.

As you progress, the levels become more challenging by using more pits, smaller platforms, and loads of enemies. This is a bland platformer through and through. If you missed out on downloading Super Jump World Plus while it was available, don’t beat yourself up. We’re sure another uninspired Mario clone will come along soon enough.