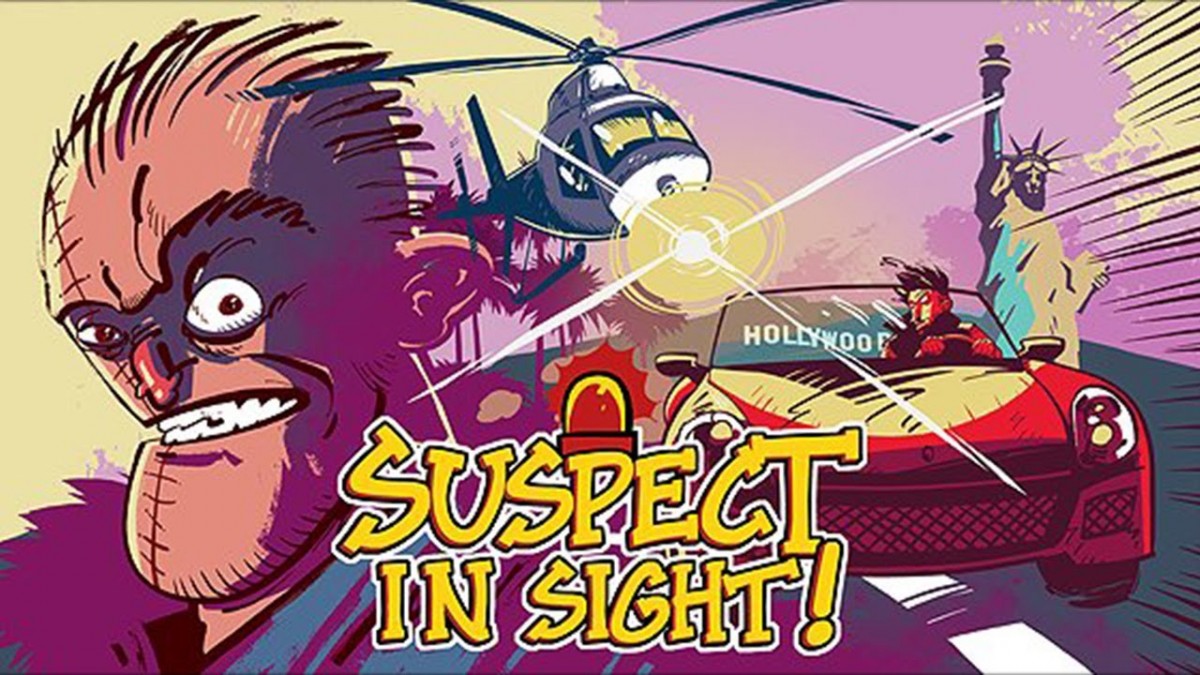 Suspect In Sight is a unique crime-fighting game where you take control of a police helicopter in the cities of Miami and New York. Instead of blasting bad guys from the air, your job is to shine a spotlight on the evildoers so that officers on the ground can respond by smashing into them at top speed. Clearly, this is a police force that plays by its own rules.

Suspect In Sight is designed as a high-score game with a strict time limit. After you bring a perp to justice, you don’t have time to see what happens next, because you’ll be off flying to the next suspect. With just one minute on the clock to start, and only a few extra seconds for every crook you stop, you’ll constantly be in a hurry to cause as many crashes as possible.

This can make Suspect In Sight feel very rushed. We know that crime is rampant in these cities, and there are always more waves of bad guys, but we would have enjoyed a separate mode that let us take our time or dispose of bad guys in new and interesting ways. Instead, all you get is a bonus gem-collecting mode, which doesn’t seem to match the rest of the game.

Suspect In Sight may be a bit rushed and repetitive, but it looks and controls beautifully. The city is fully rendered in 3D, with busy traffic, detailed buildings, and stylish lighting effects. Even the menus and comic cutscenes feature attractive artwork. Control-wise, you can soar over buildings using a virtual D-pad or tilt controls, and keeping suspects in your spotlight is a satisfying challenge.

We just wish there was more variety in the way we caught crooks. In Smash Cops, a similarly-themed action game, you can play multiple mission types and objectives. Suspect In Sight, however, is just one endless mode that slowly unlocks new choppers and one new location. The rate of progress is agonizing, too– we had to play for hours just to unlock the game’s second location.

With more easily accessible content and greater mission variety or different modes, Suspect In Sight could become an excellent game. For now, it’s pretty good, but still falls short of mayhem-filled vehicular action games like Smash Cops, Burnout Crash, and Grand Theft Auto 3. We enjoyed causing accidents for the good of society, but we’re not as enthusiastic as Suspect In Sight’s gung-ho pilot.