The first place is the jellyshroom caves; you can get there by going through 1 of 3 entrances. You have to start from the coral tube that sticks up out of the water and head about two bumps to the right of the southeast until you reach a large hole/entrance in the ground in the grassy plateau’s.

It is recommended to have a sea moth with an MK1 depth module and perimeter defense, a high or ultra capacity 02 tank flashlight, and a sea glide.

The only real threat you will encounter in the jellyshroom caves is the crab snake which doesn’t do a lot of damage even when it grabs you, and to vehicles, it doesn’t do a whole lot of damage either. The jellyshroom caves are a low threat area since the crab snakes aren’t that much of a threat; you can use perimeter defense against them or avoid them as best as possible.

The jellyshroom cave is a good place to live as it does have a nice sort of atmosphere, colors, scenery, etc. On top of that, it’s a relatively low threat area, so you won’t be encountering any major threats other than the crab snake, which isn’t the most threatening of creatures.

You can also find magnetite, shale outcrops, and various resource deposits throughout the cave, which is another good thing about being in the jellyshroom caves. Oculus also spawns here, which is a better version of the peeper in food stats.

If you explore a little more through the cave, you will find a small, medium-sized heat zone like this. Since you are in a cave, you will not be using solar power, so you can use the heat zone and put thermal plants near it to generate nearly infinite power for your base.

The next place is the northwestern mushroom forest which you can get to by starting from the coral tube that sticks up out of the water and heading northwest or one bump to the left of the northwest.

You don’t need anything too advanced since the biome isn’t that deep, but bringing a sea moth, sea glide, a high-capacity tank, and a knife is recommended.

The only threat you’ll possibly encounter in the mushroom forest is the bone shark, and in little numbers. The bone sharks can do some damage to your sea moth and prawn suit; it’s fairly simple to kill them if you have a knife of any sort; perimeter defense works against them. Or you can keep your distance from them, and they shouldn’t go out of their way to attack you.

The mushroom forest is fairly roomy, giving you space to build an area for your large base, other vehicles, and your cyclops. If you are creative enough, you can make a pretty good-looking base that goes around or between the mushroom trees in the biome.

The area has little to no/low threats, so it’s a pretty safe place from my experience, at least. The biome is next to the dunes biome, and there are reapers in the dunes, so it’s a chance that you might hear some reapers roaring in the distance every so often. The reapers roam around biomes, so they have a small chance to go in or get close to the mushroom forest, but they shouldn’t stay in the biome permanently.

You can also find gel sacks near the giant tree and throughout the biome. You can find lithium, shale outcrops, and occasionally you might find various resource deposits on the surface of the biome or in some of the small caves underneath the biome.

Also, towards the far right side of the biome, there is a large entrance to the blood kelp forest. A crab squid can swim around in that entrance, which is fairly dangerous, so when you decide to go into the blood kelp trench and the lost river, you must be aware of that crab squid.

Next is the grassy plateau that you can reach again, starting from the coral tube that sticks up out of the water and head about two bumps to the left of the west or between southwest and west. You have to keep moving until you reach one of the many grassy plateau biomes.

You don’t need any specific or special gear to go and be this biome except for maybe a high-capacity O2 tank and a sea moth.

The Grassy plateau doesn’t have any threats other than the sand shark, which does little damage. It cannot damage your vehicle, so there aren’t any real threats in the grassy plateau’s

In terms of looks, red grass looks pretty good, but there’s not much else to see in the biome. But it is still a good place to make a large base, given how open the area is.

The area has little to no threats, so it should be relatively safe while in the biome. Though tiger plants are occasionally found throughout the biome, and they will shoot at you if you get too close, they don’t do a lot of damage.

You can find sandstone outcrops; occasionally, you’ll find limestone outcrops, metal salvage, and quartz. You’ll also see on the backs of the large adult refbacks, and you can find barnacles that can drop copper ore and silver ore which are both pretty useful.

How to install the Zoomable Scopes mod in Cyberpunk 2077 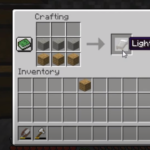 How To Make A Light Gray Bed
Next Article 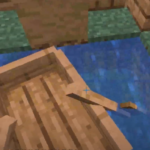 How To Make A Jungle Boat