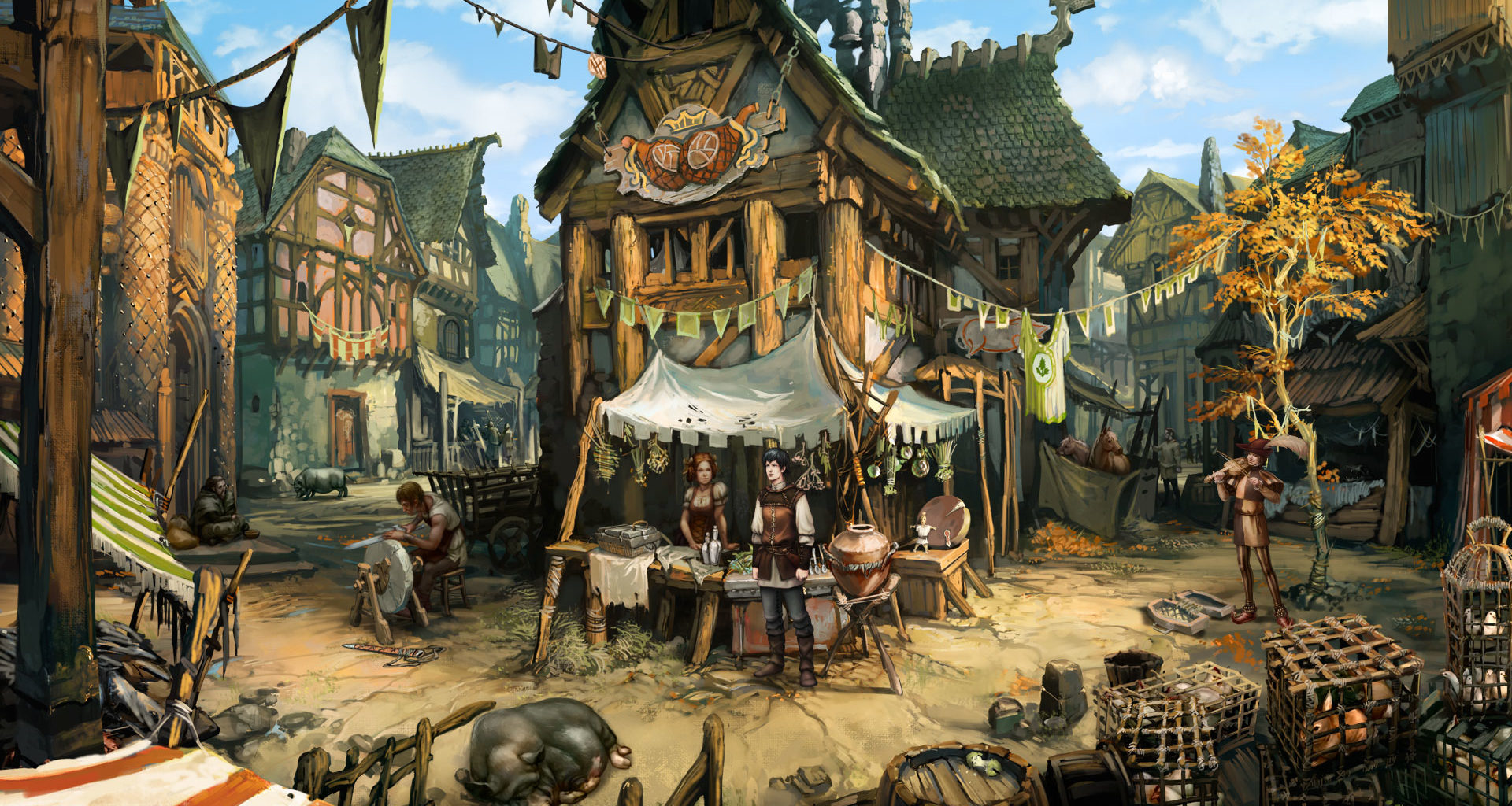 What a difference five years makes. Back in ‘07 I was pondering the fate of a favourite genre; now I can’t believe how decisively Adventure Gaming has come back onto the scene. From Dreamfall to Phoenix Wright, and more recently Heavy Rain and Gemini Rue, gamers are gobbling up titles that focus on story and interactivity, weird puzzles, and even weirder characters.

Many of the new wave of adventure games are coming from independent (indie) developers who, thanks to digital distribution services like Steam, have unprecedented access to paying audiences. One such example is Chains of Satinav, a gorgeous-looking game based on the massively popular (in Germany) pen and paper world of The Dark Eye.

While set firmly in a familiar medieval-fantasy setting, there isn’t much of this world that feels particularly derivative. You play as Geron, an apprentice bird catcher, who the rest of the town only barely tolerate, thanks to an old prophecy made by an evil wizardy-guy known as The Seer, that “the bird catcher spells doom for all!?

Poor Geron, whose life consists of mending nets and trying to stay out of trouble, soon finds more than he bargained for when his mentor is killed by crows. The crows are rumoured to be agents of the Seer, who has systematically tracked down and killed all the old heroes responsible for his initial capture. Geron finds himself running for his life. But, not only does he have to look out for himself, he also has to look after a fairy named Nuri, who the Seer wants to capture due to her ability to play a Magic Harp that could destroy the whole kingdom of Andergast.

The story thus established (after a bit of a slow start where Geron takes part in a competition to collect oak leaves around Andergast, in order to win an audience with the king), the gameplay is reasonably straightforward for adventure game veterans. Wonderfully elaborate (and messy) scenes are picked apart for clues or useful objects to aid Geron on his journey, objects are combined in new and bizarre ways, and Geron’s fantastic tale unfolds.

In addition to the above, which is pretty stock standard for any good adventure game, both Geron and Nuri have some limited magical ability in the early game (Nuri does have a great deal of power, but it’s difficult for her to harness it). Geron, typical to character, has the ability to break fragile items, while Nuri, in true child-of-the-forest style, is able to join broken pieces of an object together and make it whole again.

While both Geron and Nuri suffer from some odd voice acting (though the translation from the original German comes across as smooth and natural), the story is sufficiently dark and interesting to carry things along. I confess Nuri’s wide-eyed innocent view of the human world, while at first touching, soon became a bit irritating, and I found myself sympathising with Geron’s slightly more deadpan approach.

The stand-out feature of Chains, however, is the incredible artwork, which incorporates a traditional Germanic feel combined with fantastical elements. Everything is wonderfully cluttered and ramshackle, and I suppose I took a Nuri-like delight every time a new location was revealed.

The Dark Eye: Chains of Satinav isn’t the cheapest game on the market, but with a good twelve or so hours of beautiful scenery and some great story and gameplay, I’d still recommend this one to adventure game fans.