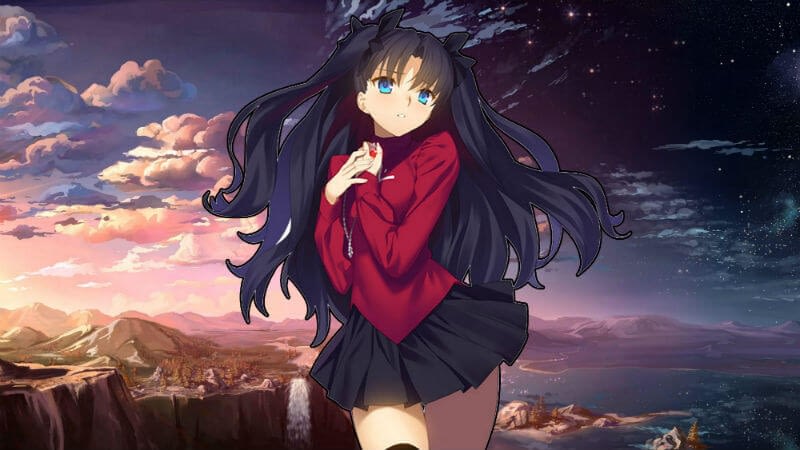 In this guide, we have listed the best 22 anime girls with black hair. It will let you know about their appearance, also different characteristics and abilities. Mikasa is the best anime girl who plays the role of a soldier. There are many other leading girls in the list like Homura, Yukino, Nico and more. You will come to know what kind of role they play in the series or what their occupation is.

Mikasa Ackerman is a teenage girl, her age is 15. She is a soldier by occupation and considered to be the best soldier. Ackerman has a Shaggy black hair and grey eyes.

Homura Akemi is one of the most popular characters in the series. She is a teenage girl aged between 13 to 14 years. Her eyes are purple and hairs is black. The surname of Homura is Akemi, which means “Bright”.

Yukino Yukinoshita is a teenage girl aged between 16 to 17 years. The color of her eyes is blue and hairs is black. Yukino is a student of class 2J. Her nickname is Ice Ocean.

Nico Robin is a female character aged 28 years. She has black hair, dark eyes and she is one of the tallest ladies.

Kurumi Tokisaki is a teenage girl, aged between 17 to 18 years. She is the most dangerous spirit with more than 10,000 kills. The color of her eyes is red and the hairs are black. Kurumi is a student by occupation.

Rin Tousaka is a heroine who takes the legacy of her father after his death, she is the future head of the family. Rin is a serious and very committed kind of a girl. She has aqua eyes and brown hair.

Ryuuko Matoi is a teenage girl aged 17 years. She comes with dark blue tinted hairs and blue eyes. Ryuuko is a high school student by occupation.

Mai Sakurajima is a young girl who is between 17 to 18 years old. The meaning of Mai is “flax, linen”. She is a beautiful and tall woman. Mai has bluish purple eyes and long black hair.

Mio Akiyama is a teenage girl aged between 15 to 18 years. She is a main character of the K-ON! series. The color of her eyes are grey and the hairs are black.

Makoto Kowata is a teenage girl and her age is 19. Makoto is a Japanese name that means “real, authentic”.

Sakie is a young and attractive woman with black hair up to her shoulders. Sakie is a name that means “already now, early”. Her age is 24, and she is a mathematics teacher by occupation.

Rika Sonezaki is a female character and she is a student by occupation. Rika is a name that means “fragrance or fragrant”.

Akira Tachibana is a teenage female character and her age is 17. The surname of Akira is Tachibana, which means “orange”. She is a student and waiter by occupation.

Lisa Lisa is a tall, fit and beautiful female character. The color of her eyes is blue and her hair is dark brown. She mostly wears short skirts, black, earrings and sometimes glasses as well.

Anri Sonohara is a teenage girl with a small body and bobbed black hair. Her age is 15 at the start of the game. She was once a student and became a shop owner now. Anri mostly wears a black hooded gown over a pink shirt and red sneakers.

Mako Reizei is a young girl and a second year student. She has long black hair that falls up to her waist and dark brown eyes.

Seraphim is a female character having green colored eyes and long black hairs. The favourite outfit of Seraphim is sleeveless blouses and thin shoulder straps.

Touko Nanami is a young girl, her height is 5 feet and 4 inches. She was a student council president and now a college student. The name Touko means “light”.

Yuiko Kurugaya is a female character and the tallest one of her group. She is a student by occupation. The surname of Yuiko is Kurugaya, which means “coming”.

Rem Galleu is a teenage girl whose age is just 14. The color of her eyes is green, the hairs are short and black. She is basically a Pantherian girl.

Tenma Tsukamoto is a female character from the class 2-C. She is a teenage girl, aged between 16 to 17 years. The color of eyes and hair of Tenma is dark blue.