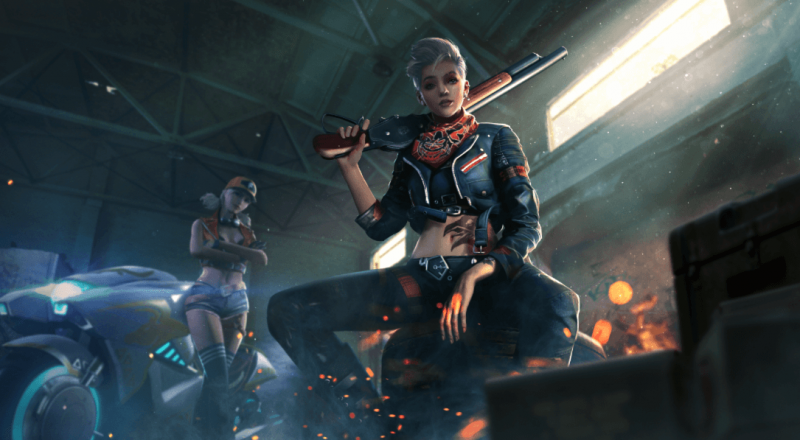 A quick shopping game which increases in difficulty for 16 levels. You play as Sal DaCapo, a young boy in the 1930s. Start by supplying groceries to Mom and Pop’s Pasta Place and Speakeasy, advance to have your own rackets, mob, and gun moll as the top boss.

Welcome to a new kind of city builder, where cities build themselves and you have to figure out how to stop them! Use your arsenal of natural disasters to blow up buildings and save the planet from runaway sprawl.

Raptor Boyfriend: A High School Romance is a dating sim about a teen girl who moves to a small secret community of cryptids. Romance a magical Fairy, a sensitive Sasquatch and a bold Velociraptor. A satirical 90’s teen drama about trying to find love in your last year of high school.

Immerse yourself in this new and exciting, VR only, sports-based action arcade game. Learn how to Scuba Dive, Freedive and Snorkel over various action packed, exhilarating and challenging adventures!

APOPIA is a comedic adventure with dark mysteries. Help young girl Mai to find her way home. Progress by solving puzzles and outsmarting enemies in minigames. Make friends and foes with talking animals. Unravel the mystery of Mai’s identity from her dark and blurry memories.

Scientific Shutdown is a top-down arcade shooter in which you find yourself kidnapped by Dr Hans Trottelstein, the mad scientist, to test the deadliness of his latest batch of rock monsters. With help from up to three friends, how many simulated environments can YOU survive?

A nice and relaxing puzzle game with over 400 levels of varying difficulty. Play with positive and negative tetris-like shapes to reach each level’s target. Challenge yourself to solve maps the fastest, or with the least amount of steps. And most of all, have fun!

Rhythm Knights is a unique, musical rhythm game about a group of ragtag knights seeking vengeance on an evil king who destroyed their home. The king bear hired 8 evil monsters to stop you from seeking your revenge! Click the notes as they come down to take down your foes!

Explore the world of Eré for artistic inspiration, so that you may reach the meanings of life and complete your artistic opus! Many branching paths will take you to every corner of the globe as you explore this peaceful and colorful world.

I Am – a story of awakenings

I Am – a story of awakenings is a story-driven first-person action game. Game play features puzzles, stealth, dialogue, physics, grenade dodging, payback, and lots and lots of explosions.

“Monmusume Grandieta” is a Monmusume upbringing rogue light RPG. As a monster breeder, overcome various difficulties and raise the strongest monster girl with your partner to conquer the arena. Win the battle and get the training cards to build the deck. Let’s raise the strongest Mon daughter you like! Take ability.

SIK – Space Invader Kreature is a multiplayer shooter, a frantic experience of eliminating the hordes of invaders. Rush through the Wayans, unlock paths, create a strategy with your online friends and defeat all the invader kreatures.

Fast-paced and brutally challenging, Eldest Souls is a unique Boss-Rush soulslike experience. In a final act of vengeance, the Old Gods have unleashed a great Desolation upon the world. Mankind’s only hope lies with a lone warrior… and his greatsword of pure Obsydian.

The newest and most innovative coloring book.

Distant Dials is a science-fiction MUSH (multi-user shared hallucination). It’s a multiplayer game requiring the player to create parts of the experience with others.

Fly with your planes through the huge open world! Transport goods, trade and complete recon missions. Discover all settlements in the coastal landscape, the islands and the desert. Upgrade your planes and paint them in the colors of your choice!

Our Battle Has Just Begun! episode 1

You become the Hero who defeated the Demon Lord and saved the realm while enjoying the romance that unfolds between you and the heroines you meet on your triumphant return journey. Avoid challenges and happy endings with heroines to continue on your journey back to your homeland.

Get your spaceship and embark on an amazing astral adventure of engaging puzzles into the final frontier. Overcome challenges and earn rewards that will let you discover more incredible puzzle planets in the farthest reaches of outer space.

Welcome to the next evolution of streaming! Take your community “virtual” in a hosted, cinema themed 3D space!

A real-time, sci-fi planetary defence VR game, where the core game mechanic is to orbit around 3D planets and defend the ground colonies by destroying the incoming bombs. Unlock weapons and tools to gain a strategic advantage.

Get ready for a truly immersive experience of surviving on the city streets to prove yourself as the toughest and meanest! Fight, make money, and become the king of the streets in our all-new VR game, Down & Out!

‘Pedro’s Adventures in Spanish’ is a language learning adventure game. All of the dialogue, narration and interface is in simple Spanish accompanied by graphics, animation and context so that you can learn without the need for translations.

The spiraling psychedelic puzzle – Grab revolving orbs and guide them through twisting liquid crystal mazes to create the Universe! A refreshing, relaxing and satisfying “one more go” experience, only in VR.

STUFFED is a quirky first-person shooter, that takes place in the dreams of a little girl. Play as a teddy bear and fight waves of nightmares as you defend your owner. Join your friends online or in 2 player split-screen co-op.

Soulpath: the final journey, is an oniric journey through human emotions. 9 unique and challenging minigames where gameplay, music and visuals, change to offer surprising VR experiences.

The Secret of Retropolis

The Secret of Retropolis is a VR narrative game of a new kind, a blend of classic point-and-click adventure with immersive cinematography. Embody the witty protagonist of a film noir plot. Meet unforgettable characters. Solve puzzles. Lose yourself in the retro-futuristic atmosphere. 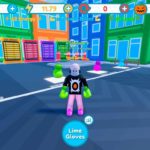 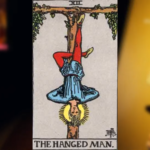 A Complete Detailed Guide to Tarot Cards in Phasmophobia