This contract is an auto shop contract and a mini heist. It’s some of the best-paying contracts you can do in GTA 5 Online.

This contract can be completed easily in a solo, invite-only lobby or in a crew lobby. You can also play with friends so that you and your buddies get paid really well as well. Usually, it would make them 50 grand per person.

First, you will need two setups in place. You need to get the elevator key and it is pretty simple.

You just need to select the setup and then you go to that location.

In this location, the best weapon is a shotgun but you can also use the stone hatchet as it gives a pretty cool visual effect.

And you are basically susceptible to small arms fire and as long as you’re getting kills in succession the ability will keep replenishing itself after each consecutive kill.

As you see this guy who has the elevator key, has an assault shotgun so be cautious of him and don’t rush on him with a pistol or some low-key weapon like that. Now you have to move out of the top floor, go to the elevator, and head to the garage where the primary objective will be.

It is an armored baller vehicle. You have to kill some bad guys and then just steal the vehicle.

Meanwhile, make sure not to destroy the vehicle. After eliminating every enemy, you have to enter the vehicle and drive out.

Now the setup will tell you three locations to go to in the vehicle.

The first one is this little garage and you’ll know where it is you have to park the vehicle in this garage at a yellow corona checkpoint.

The setup is done and you’ll get ten thousand dollars and which will cover the fees that you have to pay in the end.

After that, you need to go to the vault code. Go to the airport and take a police chopper to go there.

But first, you have to kill a few cops. Then just fly around and lose the wanted three-star level.

After that, you have to go to the parking lot by the unit depository.

Find this porch and then you have to track the bank manager in the chopper to several different locations.

He is having an affair with a lady. The mission is to blackmail him, you can use the chopper camera to get a picture of him. Just wait till they get up close, then take the picture and send it to Santa. It will complete the mission and you can just fly away.

Now you are in the final stage of the union depository contract. You’re on the robbery and you need to use the hustler weapon loadout as it gives you a bullpup assault rifle.

Now you need to drive over to the same location where you parked that armored vehicle. Then just drive to the checkpoints, don’t shoot anything or do anything suspicious, you just have to allow the vehicle to open the door.

You have to walk up there, the guard will check your id and you’ll get into the actual vault of the union depository. You need to steal the money there.

Go from the elevator to the checkpoint right there and input the code.

The vault will open and you’ll be in there. But if you’ve got multiple people with you, you’ll have multiple stacks of gold but if it’s just you, then there’ll be two stacks.

Look at the bottom right corner indicating the bag capacity, you have to make sure that it is maxed up and also make sure it’s all the way green.

And while you’re in the vault, the alarm will go off, and there is no need to worry about it. You just have to head out carefully while killing the cops along the way meanwhile paying attention to the bottom left corner of the screen on your health and armor. You must try to use the angles in the game to cut off the line of sight of the cops and you can isolate one or two of them and mark them out as you go.

You can take cover behind that yellow plate. Remember you will not be able to enter these vehicles in the garage but you can only use the vehicle close to the entrance.

There’ll be cops on the back end of the garage, kill them and you’re good to go.

After that, you take the police car out to the police chopper and fly towards the checkpoint to escape the heist.

How to Delete add-ons in Minecraft pe

How to Make Party Private or Invite Only in RumbleVerse 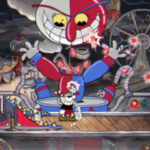 How to S Rank Beppi the Clown in Cuphead
Next Article 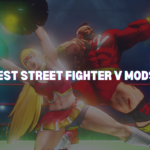