This guide will let you know where to farm for Caliban in Warframe.

You can buy Caliban’s main blueprint from the market by finding him, clicking on him, and buying his blueprint. You will need to have the near-war quest completed to get his parts.

Caliban’s blueprints can drop as a reward from completing specific bounties on Earth or Venus, depending on the time on Earth.

After finishing the new war quest, when you go and talk to Konzu for bounties, one of the bounties you will see near the bottom of the list is a high-level Narmer bounty. In the bounty, you will see 1 of the 3 Caliban parts blueprints as a reward and the main resource you need: Narmer isolate.

Keep in mind that if you don’t see the part you’re looking for, you have to wait until the reward rotation changes, which you can see when that will happen by looking at the timer at the top of the bounty menu. (Also, the narmer bounties will only be available on Earth as long as its daytime, so when its night time you’ll have to go to a different planet to run the bounties)

If you go to Earth and its night time, you can’t run the bounties there until it turns a day. So if it is nighttime, you’re going to go to Fortuna/venus, and there should be Narmer bounties you can run there.

The namer bounty will appear here the same way it did on earth when it turns nighttime on earth.

And Caliban’s parts don’t have super low drop rates from the bounties, so they shouldn’t take you ridiculously long to get them. The namer isoplast are uncommon rare, so you should get those often though you will need quite a bit of them to make Caliban, so farming a lot of those will probably take some time. 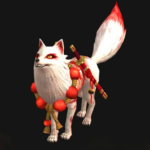 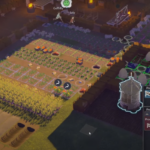 How to Preserve Food – Going Medieval