This guide will tell you where to find Propulsion Cannon Fragments in Subnautica.

Starting from the coral tube sticking up out of the water, you will need to make your way about two bumps to the right of southwest until you reach a wreck in the grassy plateau biome.

It is recommended to have a sea moth, a sea glide, a high capacity O2 tank, a repair tool, a knife. You will need a laser cutter and a scanner.

The main threat you will encounter in the grassy plateaus is the sand shark which will come up out of the ground/sand to attack you. Though it doesn’t do a lot of damage, you easily avoid it.

Once you are done searching the first wreck, you have to start from that wreck and head about one bump to the right of Northwest until you reach another large wreck.

Starting from the coral tube, you will need to head about one bump to the left of the north until you reach a wreck in the underwater islands.

The main threat you will encounter in th underwater islands is the bone shark, which can damage you and your vehicle. You can use the perimeter defence against it, avoid it, or you can kill it using the stasis rifle and survival knife.

The fragments may spawn here for you since fragment spawns can vary from person to person.

Starting from the coral tube, you will need to head about one bump to the left of the northeast until you reach a large wreck in the grassy plateau biome. 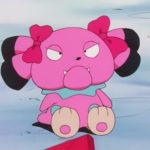 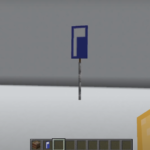