In this guide, you will come to know where to get Copper ore in Subnautica.

You can find copper in just about any biome in this game, and the first two locations are beginner-friendly, but people who’ve been playing the game for some time can still use them.

You will need to start from the coral tube that sticks out of the water and go a few meters south until you see a small hole. Go down, and it will lead you to a fairly large coral tube.

The hole you’re looking for is usually surrounded by an area that looks like this.

The next place is relatively close to the safe shallows, and you have to start again from the coral tube that sticks up out of the water. Head south-north, and if you’re in the safe shallows, you will come across a kelp forest biome.

The only threat you’ll encounter in the kelp forest are stalkers that aren’t that dangerous, but they can be annoying when you search for limestone outcrops. So you have to avoid them if you can, but you can also easily kill them with your knife.

Once you reach a kelp forest, you’ll be mainly looking on the walls and in the small caves of the biome for limestone outcrops.

The sea treader’s path cave; you will need to start forming the coral tube that sticks up out of the water and head southwest until you reach a wreck and a large will in the sarse reef biome. If you have second officer Keen’s Beacon, you can use it to reach the spot.

There aren’t any threats in the cave, but bringing a sea moth with an Mk1 or better depth module, sonar, a high or ultra capacity 02 tank, and a flashlight is recommended.

Once you go a little past the wreck and you’ve reached the large hill next to the wreck, you will need to start from that hill and then head between west and northwest until you reach a large wreck that sticks out upwards.

Once you’ve reached the wreck, you’re going to finally start from the wreck and head west until you reach a fairly large drop. You have to go down, and you should see a large flat path and a large cave entrance o the right and possibly sea treaders.

Once you’re in the cave, you’re going to mainly look at the ceiling of the big cave and on the walls for limestone outcrops. 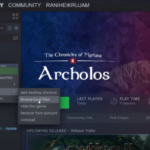 Fix Access Violation Error In The Chronicles Of Myrtana: Archolos Game
Next Article 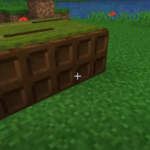